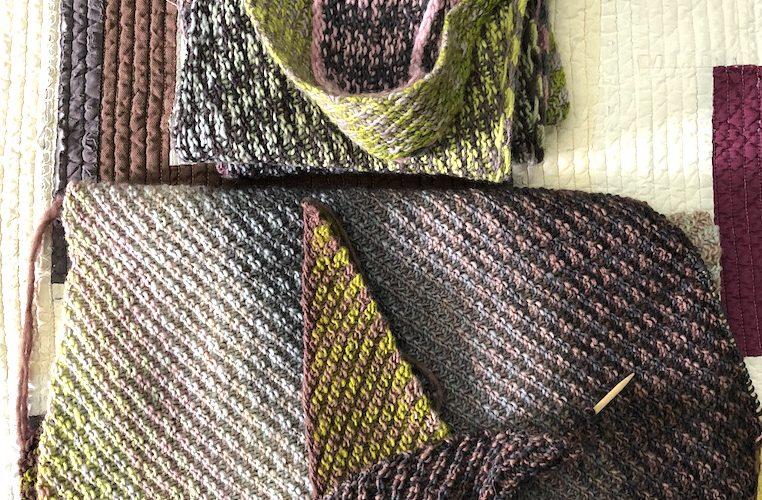 Ever since I started blabbing about my double-wide Parallelogram Scarf, I’ve been fielding questions from knitters. How many stitches did I cast on? How wide will it be? How many skeins will it take? How long will it be?

Here are some notes on my research so far into this topic. I think I’ve made a rather startling discovery: you can get a wide Parallelogram Scarf out of only two Freia Shawl Balls. I know!

Caveat: if you want to make a wider version of the Parallelogram Scarf from two Shawl Balls, heed the following information so that you can adjust the width/length of your scarf to your liking.

Cecelia Campochiaro’s Parallelogram Scarf calls for a cast-on of 101 stitches and instructs you to knit away in the lovely textured pattern, happy as a clam, until there is just enough yarn left from two Shawl Balls to bind off. That’s what I did when I made my first Parallelogram Scarf, and these are the dimensions I got. 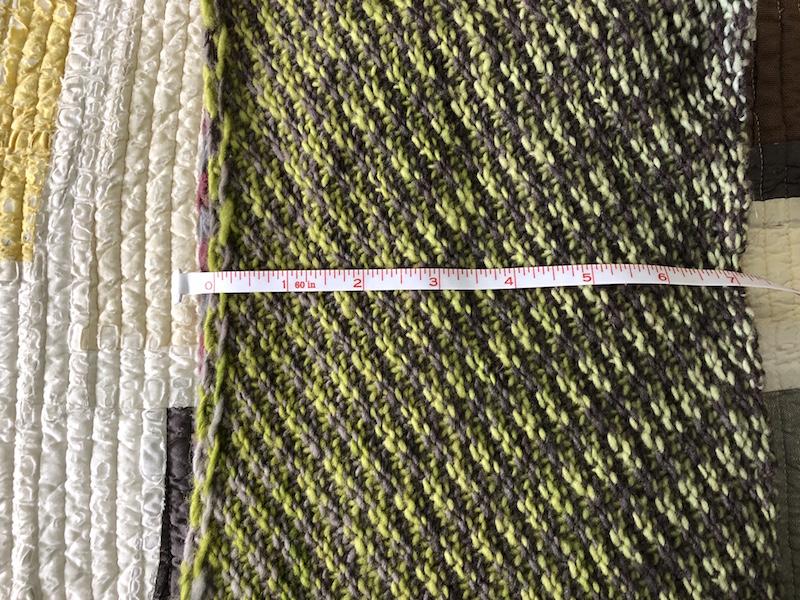 That’s a very long scarf. I gave it to a small, stylish friend who winds it around her neck many times until it looks like her head is popping out of a woolly nest of beautiful shifting colors. 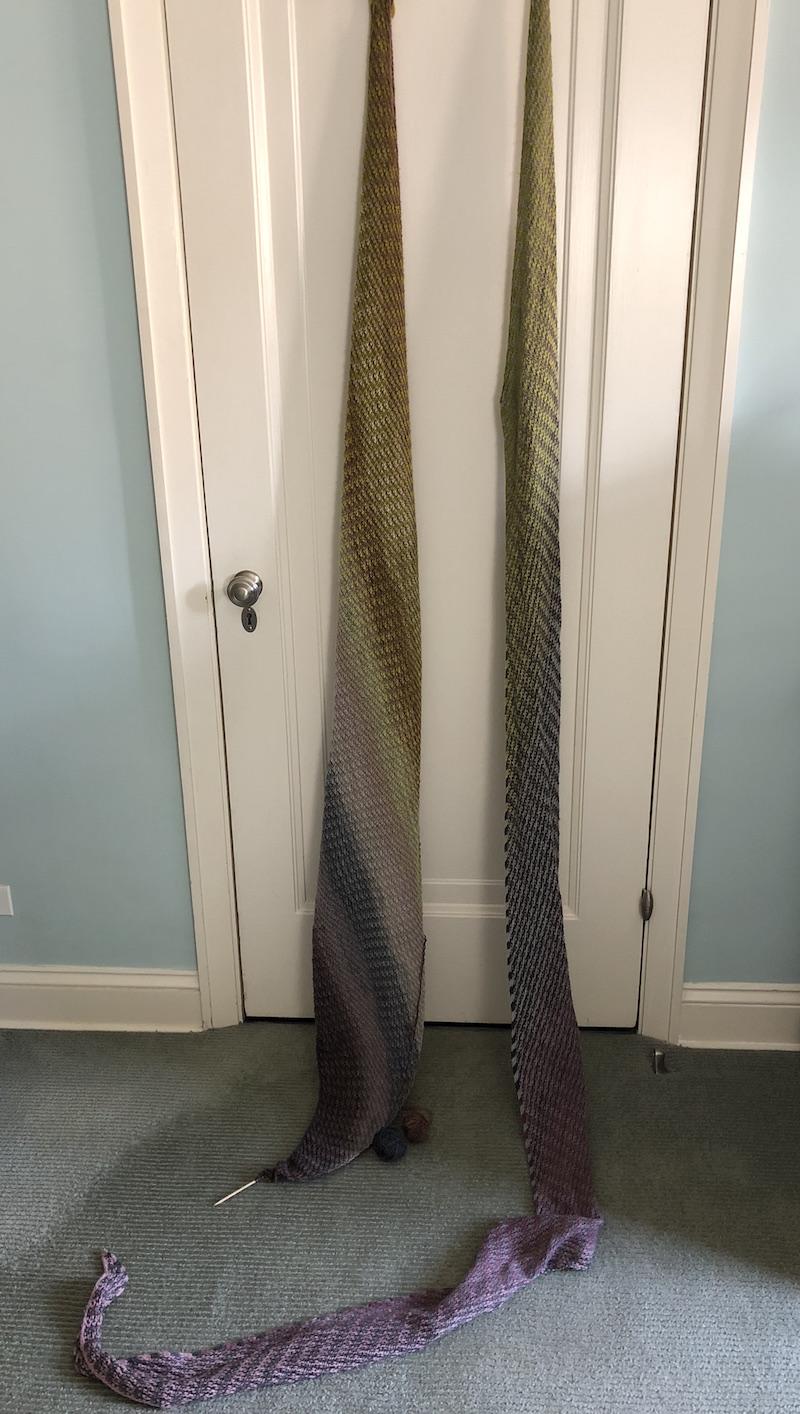 double-wide and original, Side by side, hanging on the door.

It’s a lot of scarf, lengthwise. Of course, you could always stop sooner, but I defy anyone to stop knitting with Tina Whitmore’s lovely merino gradient until they absolutely have to. It’s too much to ask!

I called my version, copied from Cristina Shiffman’s, the Double-Wide because the name made me smile, but I did not cast on fully double the stitches called for in the pattern. (I cast on 181 stitches.)

The scarf is knit on the bias, so the stitches slant, with the result that double the cast-on does not equal double the width. Surely there is a mathematical formula that could predict how wide my scarf would be if I cast on 181 stitches, but I am not that advanced in my math skills, so I just cast on and figured I would find out how wide it was after knitting for a while.

I’ve knit on two Shawl Balls until I have perhaps 2 or 3 repeats of the 2-color sequence left to go before binding off, and these are the dimensions I got.

(Not including bind-off, because I haven’t bound it off yet. You probably noticed that, what with the needles being in it and all.)

This 78 inches is a respectable length of scarf in my book. It is long enough to wind around my neck once and then tie the ends in front or just let them hang, collegiate-style. (I am just making up “collegiate-style,” but it strikes me as kind of classic preppy scarf-wearing style.)

It is also long enough to fold in half and pull the ends through the loop, French-style, but just barely. (Again, this style may not be French. I saw it for the first time on a French person, so I have declared it to be French.) 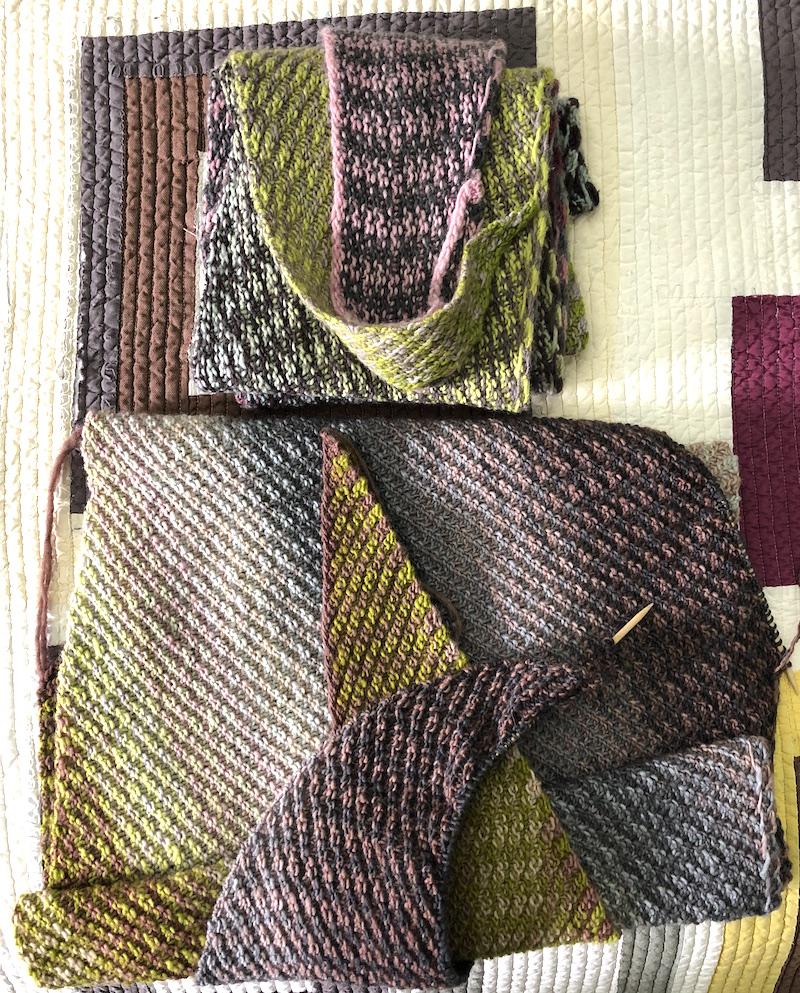 I think if I were to do this again, I’d cast on 161. It would still be luxuriously wide, but a bit longer so that it would not be such a close call when worn in the French style.

If anybody can use their math to figure out how long and how wide a 161-stitch Parallelogram Scarf would be, answers on a postcard please. (Or just leave a comment. That’s probably easier.) My guess: around 14 inches wide and 88 inches long.

Of course, if you use two more Shawl Balls and keep on knitting, as Cristina did, you’ll get a scarf that’s luxuriously wide and long.

Numbers aside, this is one of the most satisfying knits ever, at any width and infinite length. You should make one, Ann! 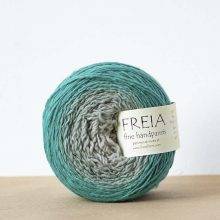 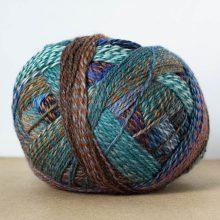 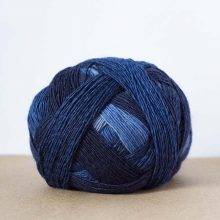 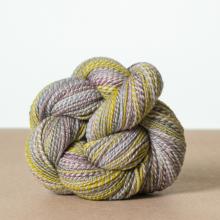