Knit to This: The Good Fight

Knit to This: The Good Fight

That’s me, running behind the bandwagon for The Good Fight, yelling “HEYWAIT! I’m here! I’ve got the best TV knitting! HOLD UP!”

The sixth and final season of this legal drama is running right now, but guess what: I’ve got six entire whole complete full seasons of it to watch. It’s so great.

Kay, I’m pretty sure all this would drive you crazy. These lawyers regularly do things totally unlikely for serious lawyers to do, but hey, I’m not a lawyer, and I love a legal drama. This one has a banquet-size portion of Christine Baranski doing her best Baranski as a fabulous attorney.

And Rose Leslie (the maid Gwen Harding in Downton Abbey, Ygritte in Game of Thrones) is terrific.

Episode 1 is a fantastic leap into all sorts of tangled drama, with lots of topical themes ripped from the headlines.

AND, now that I’m digging into The Good Fight, I’ve discovered the series from which The Good Fight derives: The Good Wife. Yes, it’s seven entire full complete MORE seasons of legal drama, with Christine Baranski plus Julianna Margulies front and center. This is going to get me through the new year, no problem.

So many Broadway actors peek in for various roles and cameos, and when Audra McDonald turns up, well, I’m in for the long haul.

I’m watching this via Amazon Prime Video—it seems to be other places too, but I’ll leave that you—just yell “The Good Fight” into the air and see what turns up on your TV. 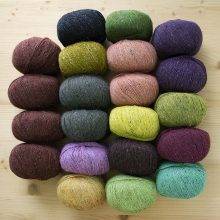 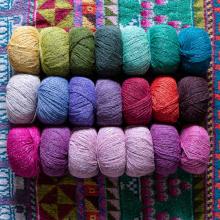