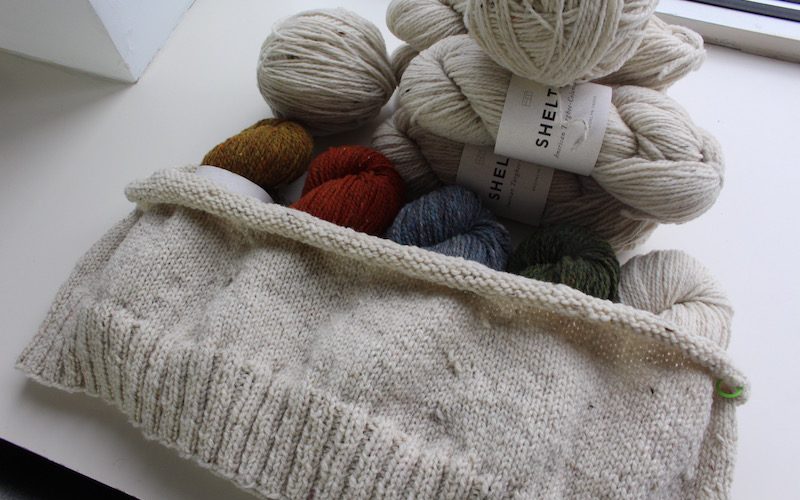 In February of last year, a bunch of us banged out a Stopover. Hadley has a lot in common with Stopover: it’s a pullover, knit from the bottom up, in the round, with a geometric colorwork yoke. But there is one big difference: Stopover prescribes a loose gauge that is unusually large for the weight of the yarn: 13 stitches and 18 rows over 4 inches. This yields a lightweight fabric that knits up FAST. Hadley, on the other hand, is knit to a more typical gauge for a worsted weight yarn: 19 stitches and 28 rows over 4 inches.

Bottom line, rude truth: there are more stitches in Hadley. That means more knitting to be done in the 28 days we have allotted for the official period of this knitalong.

As co-instigator of this knitalong, I took the liberty of starting early, so as to light the path to glory. Over the past five days, I took two long flights to visit a friend in France and see some visiting Matisses. On the flight over, I finished up my Asterisk Cowl. (More about that later. Something Meaningful happened regarding the Asterisk Cowl while I was in France.)

While taking the Transilien trains from my friends’ place into Paris, and bopping around on the Metro and the RER, I cast on my Hadley in the fourth size (which I reckon to be a women’s Large), and got through the 18 rounds of 2 x 2 ribbing. Here was the status on the inter-terminal shuttle at Charles de Gaulle as I tried to get to my flight home: 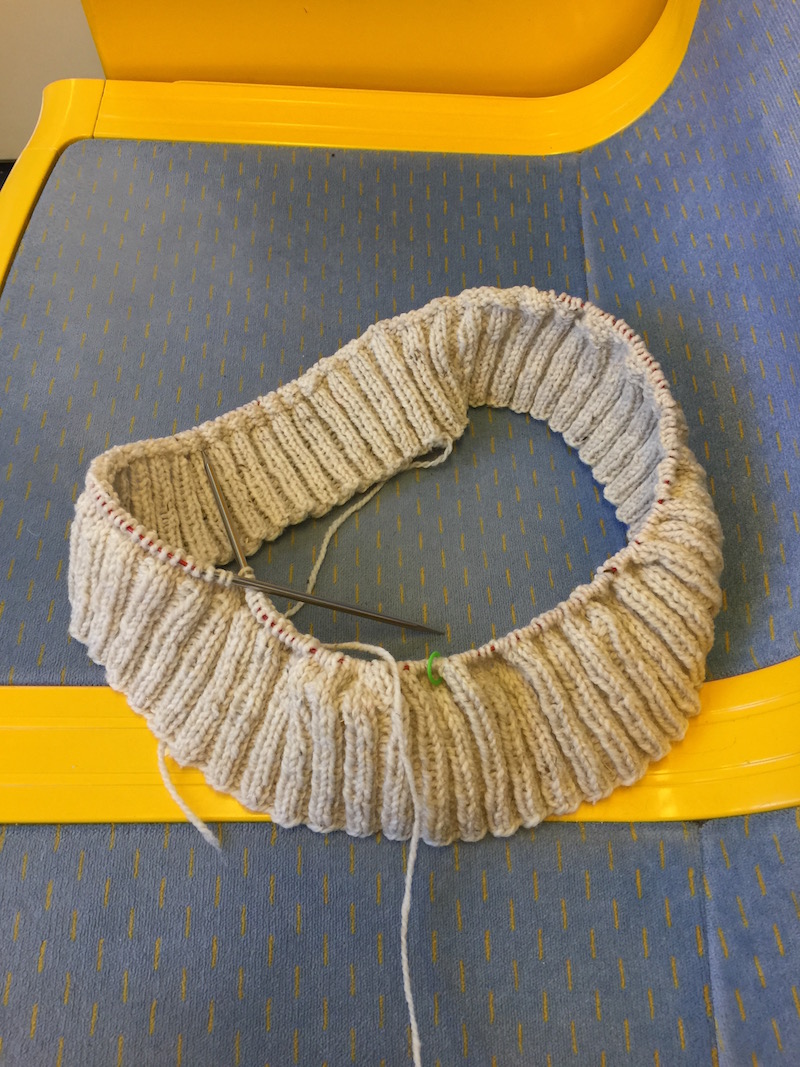 (This is just shy of one skein in.)

On Monday, during the seven hours of the homeward flight, I knit the second skein, and made it to the start of the waist and bust shaping. (With an hour of flight left to go, I realized that my third skein had gone missing, so I played 2048 on my phone while my eyeballs turned to sand. Not proud.) 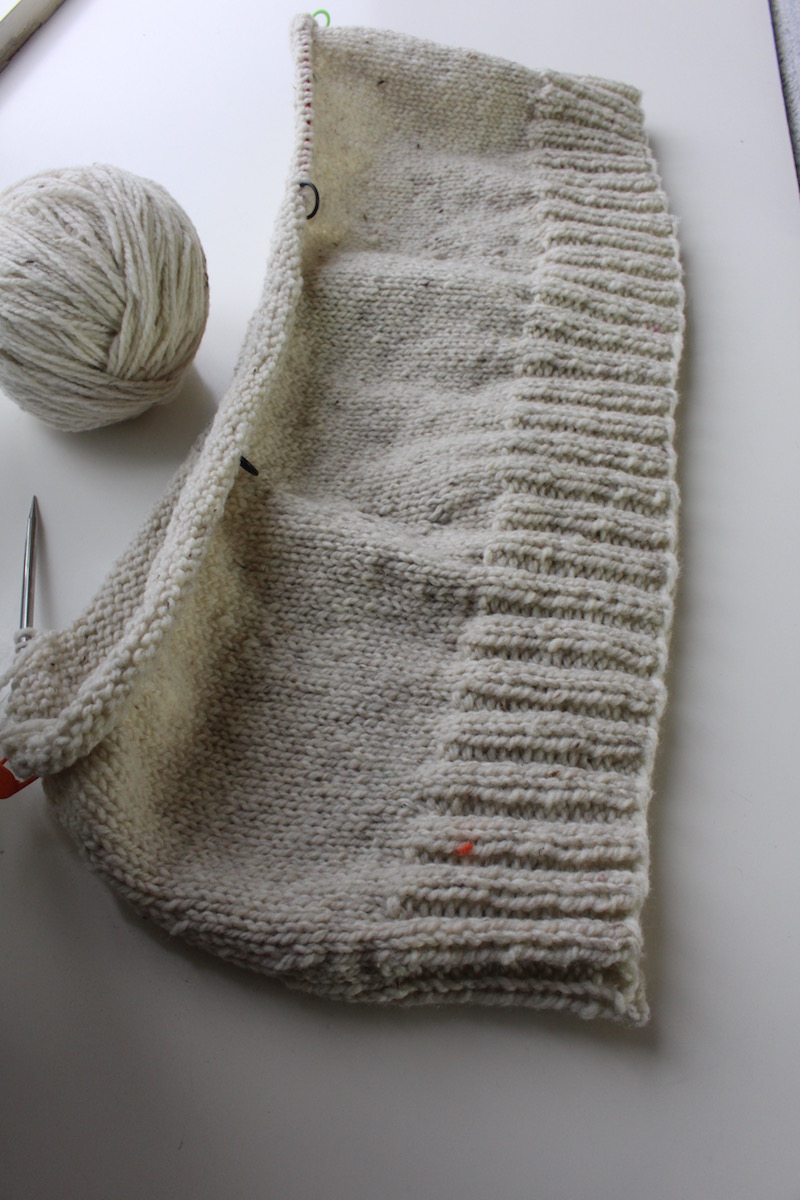 Just Sit There and Knit

The lesson here, which I always need to re-learn: if you stick to your knitting in a consistent way, and just sit there and knit, you make progress. My fellow knitalongers: if you want to bang out your Hadley during regulation play, I advise you to take your Hadley with you everywhere, like a companion chihuahua. Knit on it, then knit on it some more. It’s nice, easy knitting, and if you keep at it, you will prevail. Don’t wimp out and make Hadley your at-home, sitting-in-a-chair-with-good-light-and-no-distractions knitting. That way lies stagnation.

Sure, I dropped a ball of oatmeal-color Brooklyn Tweed Shelter on a rainy train platform and got a little wet grit on it, but I’m going to wash it at the end—no worries! Totally worth it to get that sweet, sweet suburban transit knitting time, aller-retour.

A Word about Shaping

I am doing the shaping exactly as Véronik Avery prescribes in the pattern. I had some reservations about it, because the shaping is pretty shapely. There is a big differential between the waist measurement and the hem/hip measurement: 10 inches. I do not have that kind of differential between the waist and the hip on my actual body (or maybe I do, but with the hip and waist reversed), so I generally prefer a boxy fit that says “nothing to see in this region, people, move along.” In the end, I decided to do the shaping because the sweater has a generous amount of ease. It’s an experiment: maybe with that ease, the hourglass shaping will work out well for me, and everyone will think my waist is 10 inches smaller than my hips. 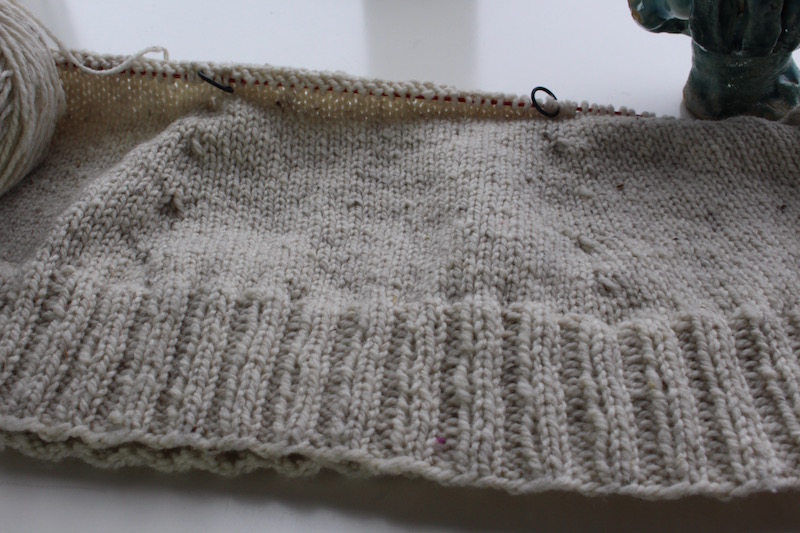 (The markers show where the shaping is happening.)

I’m very interested to see how other knitters are going to deal with the shaping. Don’t be shy: I hope we’ll hear from you in the Lounge if you are making modifications. An easy mod would be to just forego the shaping altogether. Or you could do half the decreases, spaced out so as to skip every other decrease round, and then do the same with the increases after the waist—in effect, making the hourglass shallower.

Stay tuned—if I know knitters, it’s going to get real interesting, real fast. We are not going to lack for opinions or advice.

To celebrate the start of Bang Out a Hadley, we’re doing a giveaway. This giveaway is open to all readers, whether you are doing the knitalong or not. All you have to do is go over to the Lounge and introduce yourself here. You don’t need to write anything more than you want to. Just say hello and tell us a little about yourself. Do you like pie? Are you one of those fascinating, slightly sketchy people who do not like pie? If you’ve already introduced yourself in the Lounge, you’re already entered in the giveaway. Here are the rules:

3. We’ll pick a winner by random drawing and announce it on Monday, February 6.

Oh—the prize! What’s the prize?  It’s a Breton Cowl Kit. Simple and luxurious, and quick enough to make after you finish Hadley and while it’s still winter in the Northern Hemisphere. (If you’re in the Southern Hemisphere, you have loads of time to knit it in time for winter.)

And with that, it’s time for me to lard up my February with lots of subway/bus time and conference calls, so that I can get up to the armholes—and beyond—on my Hadley, and kick everybody’s butt. Not that I’m competitive or anything.

I just love knitting, is that wrong? 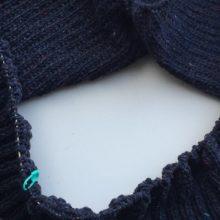 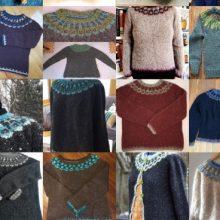 Letters
Bang Out a Sweater: The Circle of Life
29 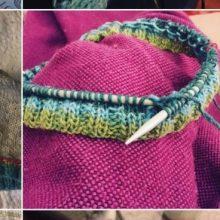 Letters
Bang Out a Sweater: Strength for the Journey