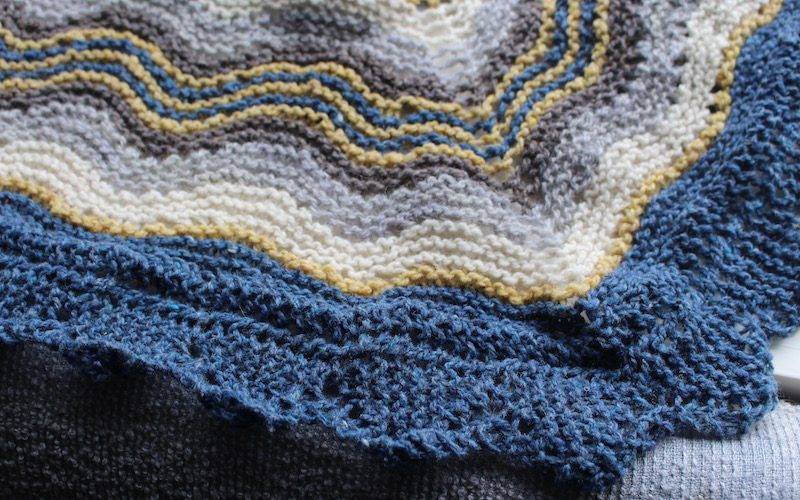 I’ve been knitting my fool head off lately. Once again, fidelity to a single project has meant –to my everlasting surprise–a quickly finished project.

Right before Christmas, I dropped everything to cook up a prayer shawl at a dear friend’s request. This is the call a knitter waits for, right? Gotham City was sending up the Bat Signal. It wanted a shawl.

I’ve wanted to knit one of Gudrun Johnston’s Shetland Trader designs forever, and this was my opportunity. The only guidance from the requester was the colors blue and gold. (Which happen to be the colors of the Omaha North High School Vikings, by the way. I did not march in the band or play on a sportsing team, but as a Madrigal Singer, I was resplendent in a full-length, full-sleeved, blue polyester crepe gown with gold sequin trim on the empire waist. No kidding, it was beautiful, and though I wore it more than 50 times, to sing everywhere from the local news to nursing homes, I never tired of it.)  Joyfully, I betook myself to Purl Soho and purchased blue, gold and two other colors, downloaded Gudrun’s popular hap shawl pattern, Hansel, and was off to the races.

Hansel started with a large garter-stitch square, knit back and forth on the bias. That was some tasty multi-tasking knitting, for sure.  Then, I got to pick up all the way around for the wavy border. This process was made easy by slipped stitches at the beginning and end of every row. The stitch count for the border came out perfect. “I am a great knitter,” I thought. How considerate, for a pattern to make a knitter feel that way! 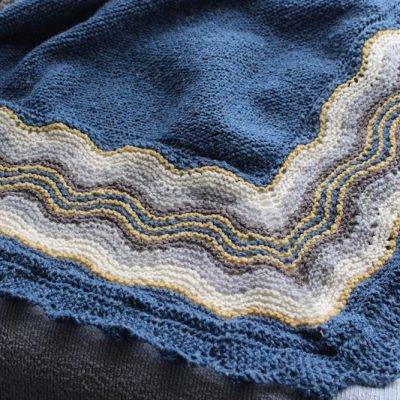 Off I went, happily happing. When plotting out the colors for the stripes, I realized I was one color short. Purl was closed for the night, and I wanted to keep knitting. Stash to the rescue: I substituted a skein from my precious cache of Starcroft Fiber‘s Nash Island Tide, in Driftwood (pale gray). Color and weight-wise, it’s perfect. It is also an education in how different two seemingly similar yarns can be. Tide, which is spun from the wool of sheep who live outdoors on a Maine island all their lives, is crisp and strong; it almost crackles in your hands. By comparison, the Brooklyn Tweed Loft, which I generally think of as a rustic, traditional yarn,  seemed downright posh. Those pampered Targhee-Columbia sheep must be living a gentler life than the Nash Island flock.

Apart from a few rip-backs for Operator Error While Chatting, the only thing I messed up was the color changes. At the beginning of the striped border, I changed colors as I normally do, by just dropping the old and knitting the new. But as I went along, I realized that the location of the color changes was problematic: the beginning of the round was at one of the four corners, which are formed with yarnover-knit 1-yarnover increases. Making the yarnovers with a new color of yarn was distending the yarnovers. They looked messy and Not Right. I kept on, thinking I’d tidy it up when I wove in the ends.

But it didn’t feel right. About a third of the way into the border, I started spit-felting the color changes. What a difference. Now that corner looked as neat as the other three corners. I was tempted, briefly, to rip back to the beginning of the border, but for once in my life, I talked myself out of it. This shawl needed to get DONE.

The border went fast, and I was impatient to get back to the beautiful blue Loft, and the pointy knitted-on edging. 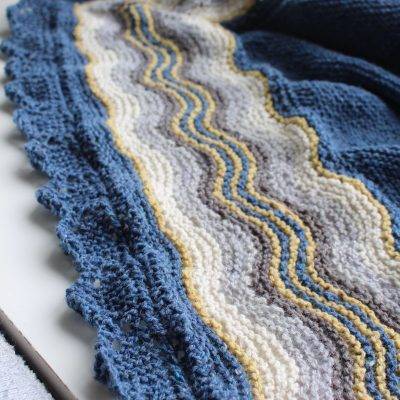 As is the way of pointy knitted on edgings, it seemed to take forever.

Fourteen points per side.

And then, yesterday, it was done. I wove in those ends. The corner I worried about looks a little wonky, but washing and blocking did its work and it’s acceptable, I think. 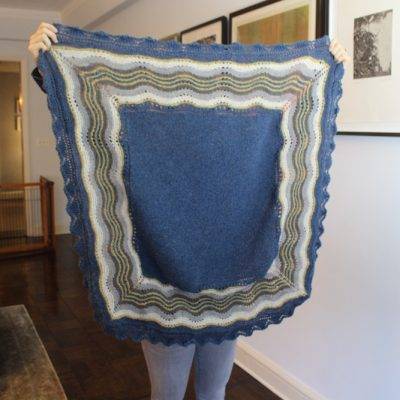 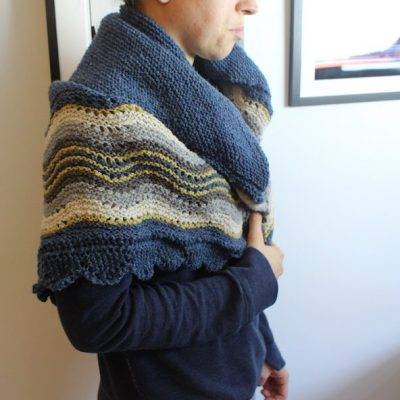 The light faded before I had the points all blocked on wires, so these photos were taken pre-blocking. It’s a glorious thing, and I long to cast on another Hansel as soon as I can. Maybe in Brooklyn Tweed Shelter, for a larger, more blankety version. I keep thinking what a nice Hansel I could make with a Hadley Pullover Kit, with those colors as the border stripes. 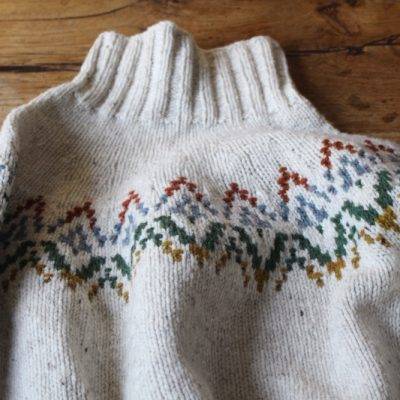 See what I mean? The effect would be so snowy and clean. And I’d have a shawl to match my sweater.

Hansel is such a good pattern. Five stars, worth a detour. Thank you, Gudrun. 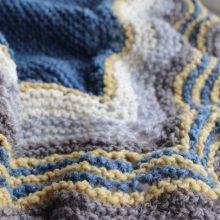 Letters
Last-Minute Gifts of the Magi
40 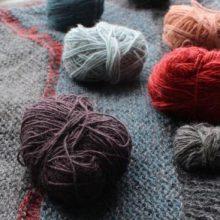