Knit to This: Schmigadoon!

By DG Strong
20 Comments
Home » Letters » Knit to This: Schmigadoon!

Knit to This: Schmigadoon!

I always think it’s peculiar when someone says “I don’t like musicals because people in real life don’t stop and sing their feelings.” And of course, it’s usually the same person who has just finished droning on and on about some movie with a talking dragon who goes to Zumba class or where a guy on a flame-throwing moped lands on one of the rings of Saturn (on his first try!) or, you know: some other everyday ordinary happening.

Anyway, if the thought of someone in a movie breaking into song doesn’t cause you to instantly burst into flames, you might check out Apple TV+’s Schmigadoon!, which is about as loving a tribute (while keeping its tongue firmly in its cheek) to vintage stage and movie musicals as you’re liable to find outside of, well, me alone in my living room after seven full-sugar cherry limeades.

Landing somewhere in the middle of a triangulation of The Music Man, My Crazy Ex-Girlfriend, and SNL, the plot follows Cecily Strong and Keegan-Michael Key as an on-the-rocks couple trapped in…oh for god’s sake, just as in almost any other musical, the plot doesn’t really matter. Most of it just proves what a strange and lovely genre musicals are in the first place, and it has the added benefit of being able to poke the bear a little when it comes to addressing some of the cringey racial and gender politics of a few classics.

It’s low on logic (but not at all dumb), high on itself, and JAM-PACKED with la-la-la singalonging. The songs are frequently eerily close to ones you already know, without being 100% jokey; they’re funny and sincere in equal parts. The whole thing is really just an excuse to watch extremely talented and clever people be extremely talented and clever.

Self-striping yarn with ombre stripes? Pre-wound into two cakes, so our socks match? Count us IN. 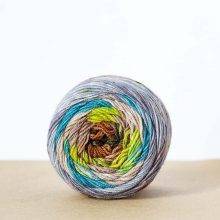 Letters
Knit to This: Amythyst Kiah
14

Letters
Knit to This: Teddy & Jenni Do Porter & Dolly
25

Fun
Knit to This: Dance to This, Actually
12 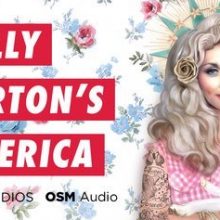