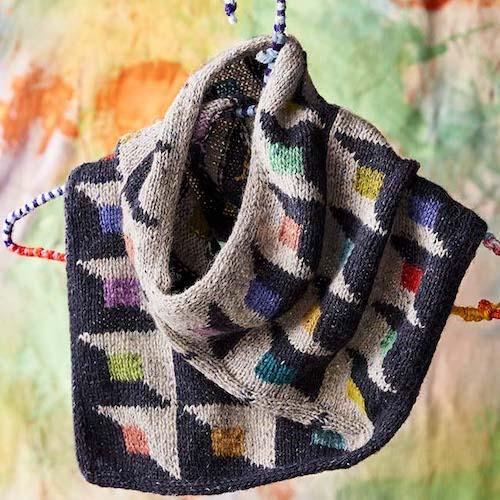 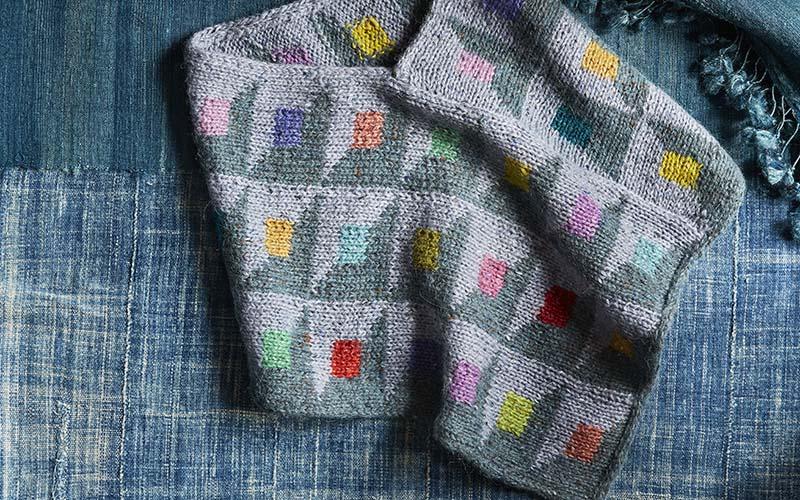 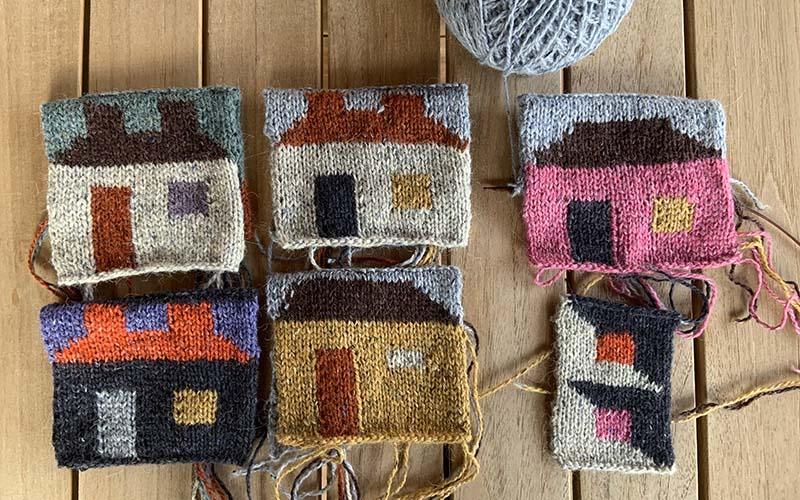 Watercolor Cowl: A Box of Paints

Jaunty. That’s the word for Kaffe Fassett’s Watercolor Cowl. It’s a neat alternative to a scarf, taking far less fabric to achieve a warm neck via its tidy kerchief shape.

It’s also clever: A simple rectangle of vibrant color becomes a cowl with one short seam. 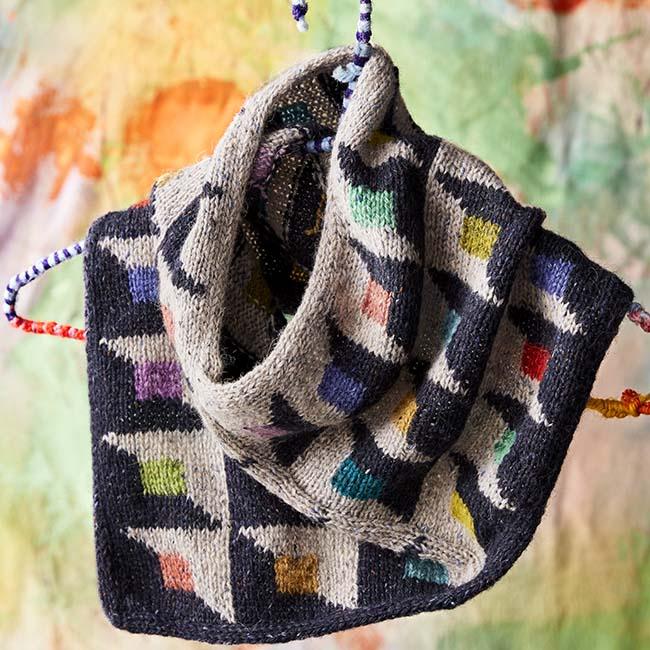 This project is also a convincing demonstration of how much the perception of color depends on adjacent colors. Kaffe simply changes the two background colors—from a sharp almost-black against near-white contrast to two cool blue-grays—and the effect is totally different. 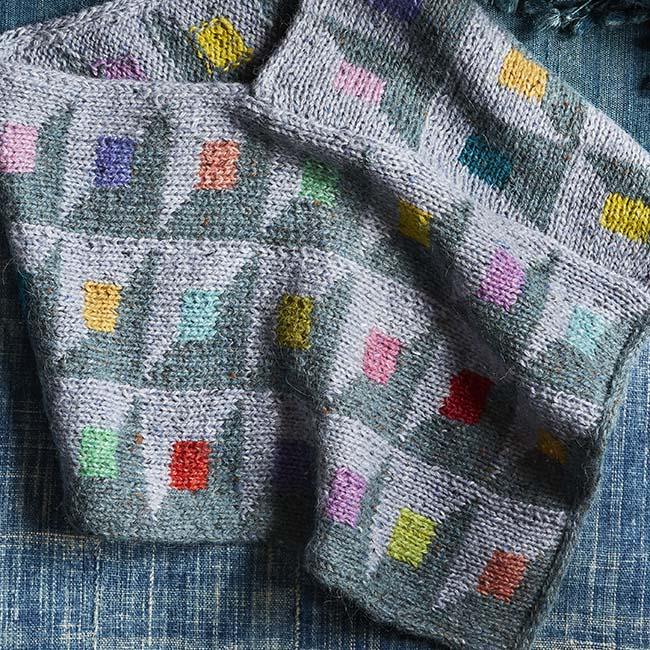 It’s hard to believe the squares of “paint” are exactly the same colors in these two versions, but they are.

I learned so much from my single-repeat practice swatch for the house motif in Kaffe’s Village Scarf that I also swatched the Watercolor Cowl in miniature. I cast on 17 stitches and worked a single repeat of the 15-stitch chart. I worked a second repeat on top of the first, just to get really good at it, and I’ll use the extra edge stitches to sew the swatch into a pin cushion. 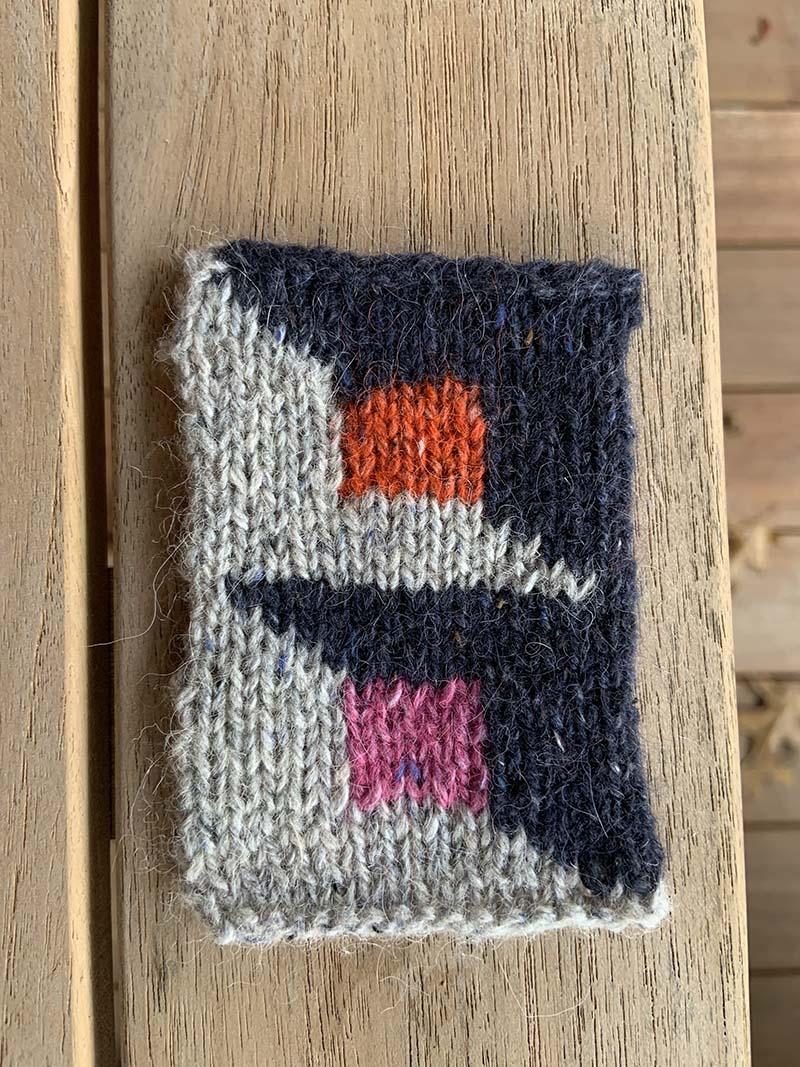 One thing I learned was that I need not fear the diagonal lines in this motif. At each color change, I followed the technique that Jen Arnall-Culliford teaches in her Intarsia 101 videos. Just do it—it works just as well on diagonals as on the straight-line color changes in the Cityscape motif. 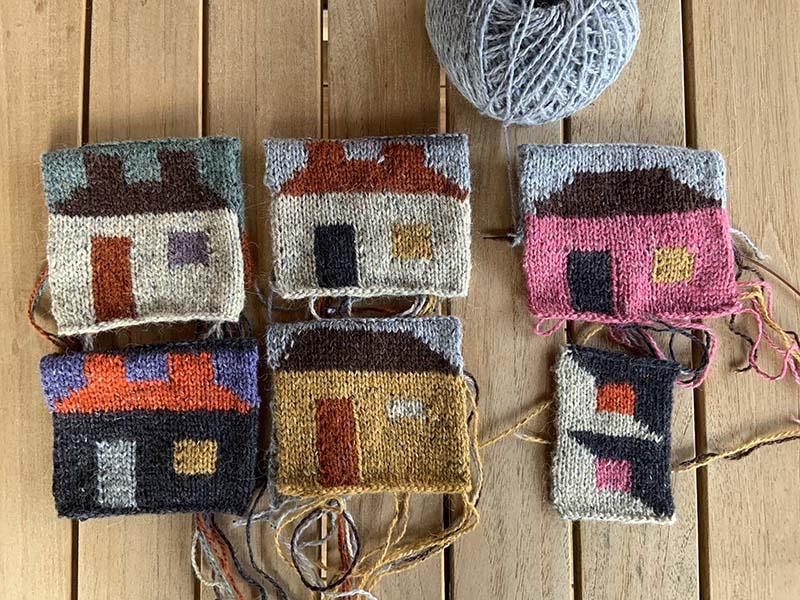 Atlas Insider: Someone’s in the Kitchen
38 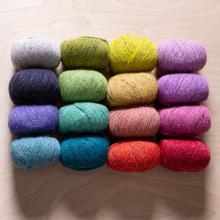 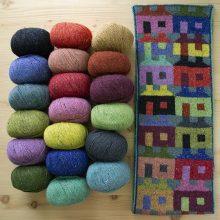