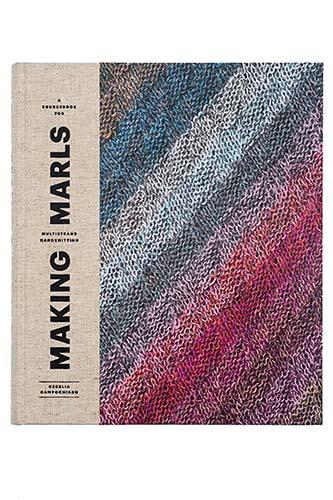 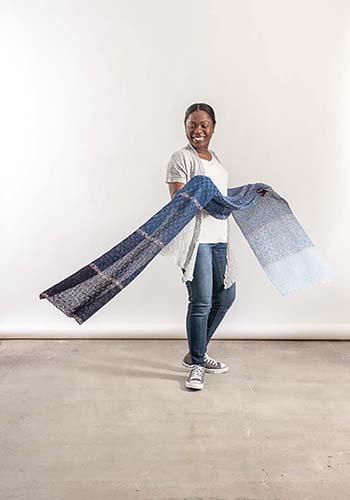 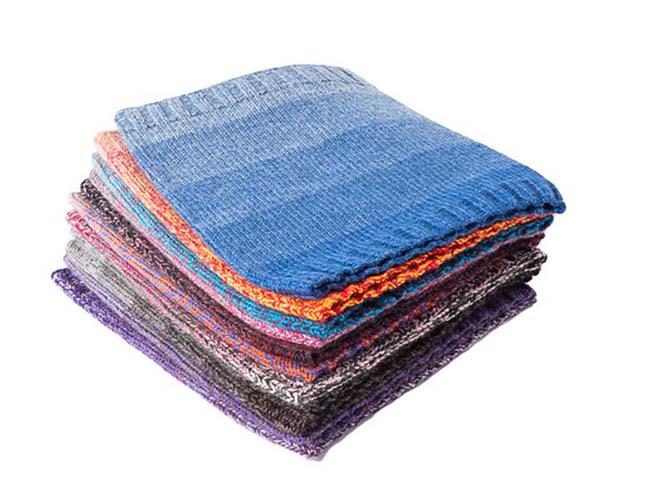 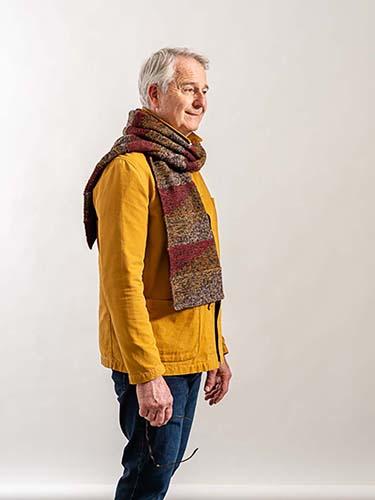 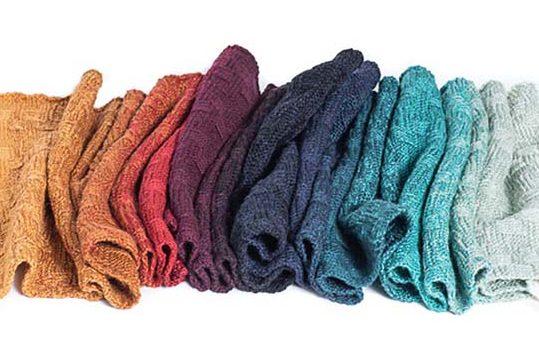 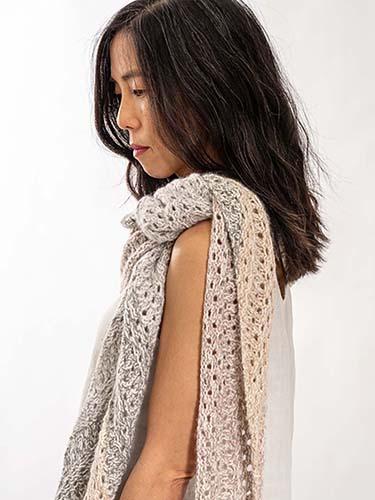 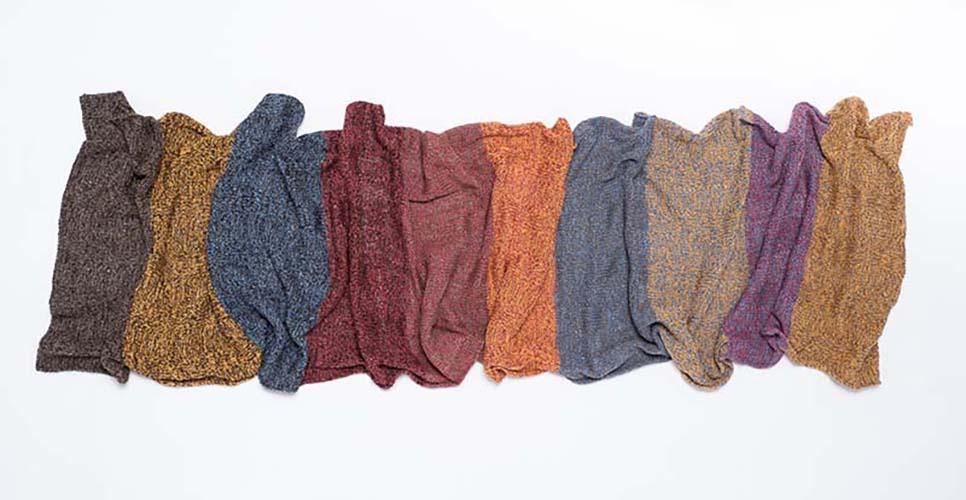 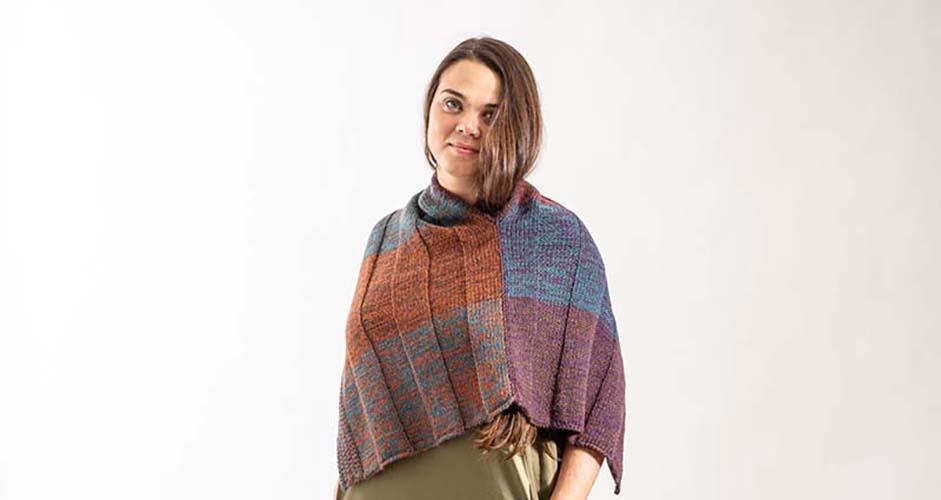 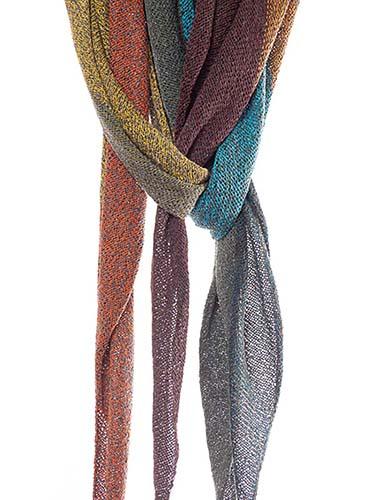 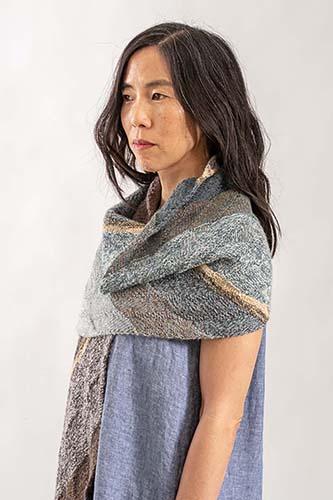 “Books with Franklin” is not intended to be a column full of snap judgments. I’ve always intended it to give fiber arts books a level of scrutiny they seldom get, more than a quick riffle of the pages and a glance at the index. I have to get to know a book before I can write about it.

I have been getting to know Cecelia Campochiaro’s Making Marls: A Sourcebook for Multistrand Handknitting for well more than a month. I have lounged with it. I have lunched and dined with it. I have slept next to it, and once slept under it. I have read it in the bath and in the kitchen. I have put it on a book stand, because I am the sort of person who has a book stand, and imagined myself to be a Renaissance prince squinting at the latest scholarly treatise to come out of Leipzig.

I have spent so much time toting this hefty book around that I really wish it had come with four wheels and a string, so that I could pull it behind me like a toy horse.

The wild success of Sequence Knitting was all the more remarkable in that, according to the usual rules for Making a Knitting Book, it did everything wrong. There were a lot of words, many of them big words. There were a lot of mathy, mathy numbers. There were no pictures of anyone in a sweater on a cliff in the Shetland Islands. In fact, most of the pictures were of swatches. Swatches in pale colors. You Can’t Do That, say the rules. Knitters hate swatches. Knitters don’t want to buy a book full of swatches. You might as well present them with a picture album called Moths I Have Known. 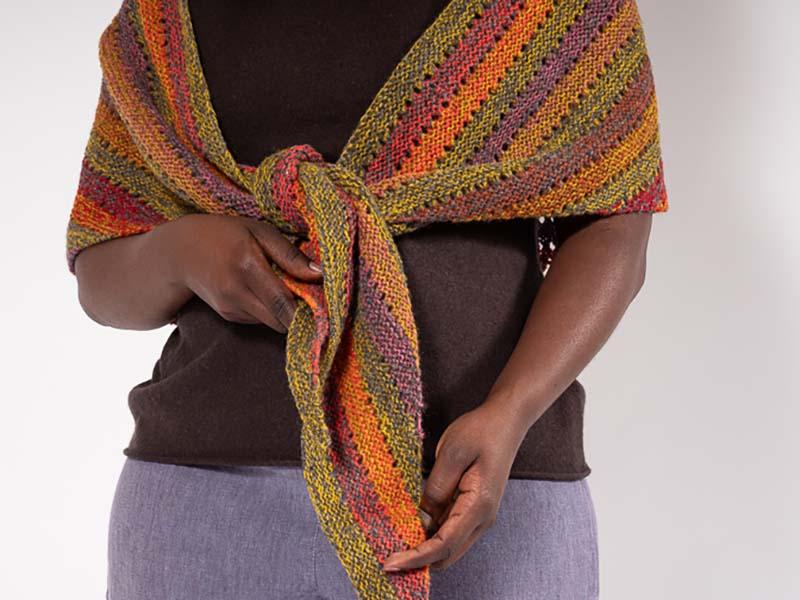 The pattern: Stella, a study in staggered marl stripes.

But Campochiaro self-published her book, which meant she answered only to herself. The result was a dazzling, unclouded reflection of a steel-trap mind engaged in the creation of new hand-knit fabrics. Without wishing (much) to pick on the fine editors who shepherd fine books, sometimes it’s nice to let a writer who knows exactly what she wants to say go ahead and say it.

If you picked up Making Marls without looking at the title page, you’d know in a minute that it’s another Cecelia Campochiaro production. 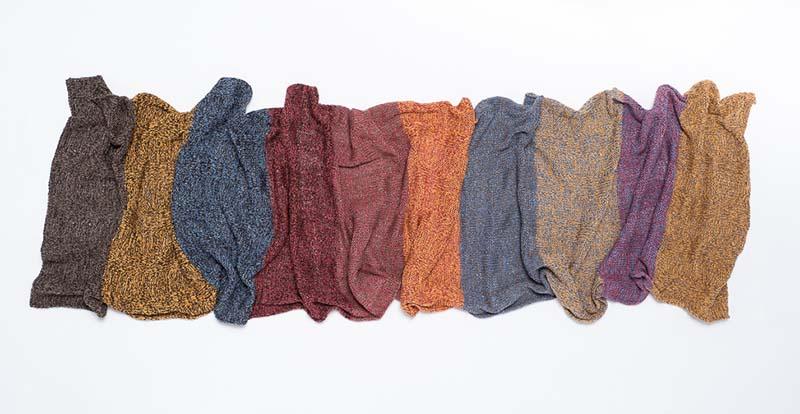 The topic this time is marled knitting–creating fabrics that are ultimately based on two or more strands of yarn held together and worked as one composite yarn.

I know what marled knitting is because the book begins with the definition. It’s on page 2, and takes up all of page 2. It could have been on page 1, but that’s where the chapter title is. So it’s on page 2. It’s the most logical thing with which to begin, and this author’s greatest strengths are the logic and organization she displays when noodling around with her ideas.

From one small question–What happens if I knit with more than one yarn?–she goes on to present blessedly clear and well researched investigations of the history of marled yarns, color theory and marled yarns, color value and marled yarns, marling sequences both simple and complex, microswatching* and practical concerns such as How the Hell Do You Set Yourself Up to Knit with Ten Strands Without Killing Yourself or Those You Love. 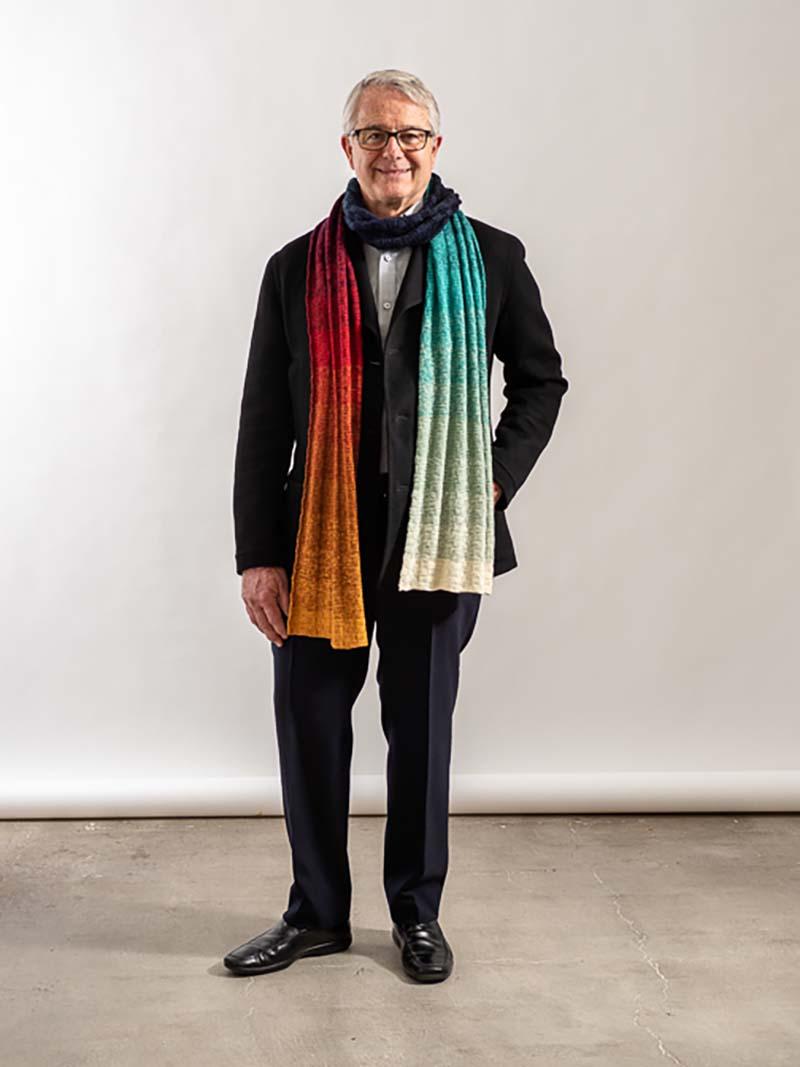 Rialto:  Four strands of cobweb held together to create a sport weight marl.

Nothing is rushed, nothing is overlooked. There are swatches, so many swatches, arranged in meaningful rows and columns. There are tables, so many tables. Every path is pursued calmly, to its end, and in such a gentle upward grade that you don’t even realize you’re climbing a mountain until you hit the summit. 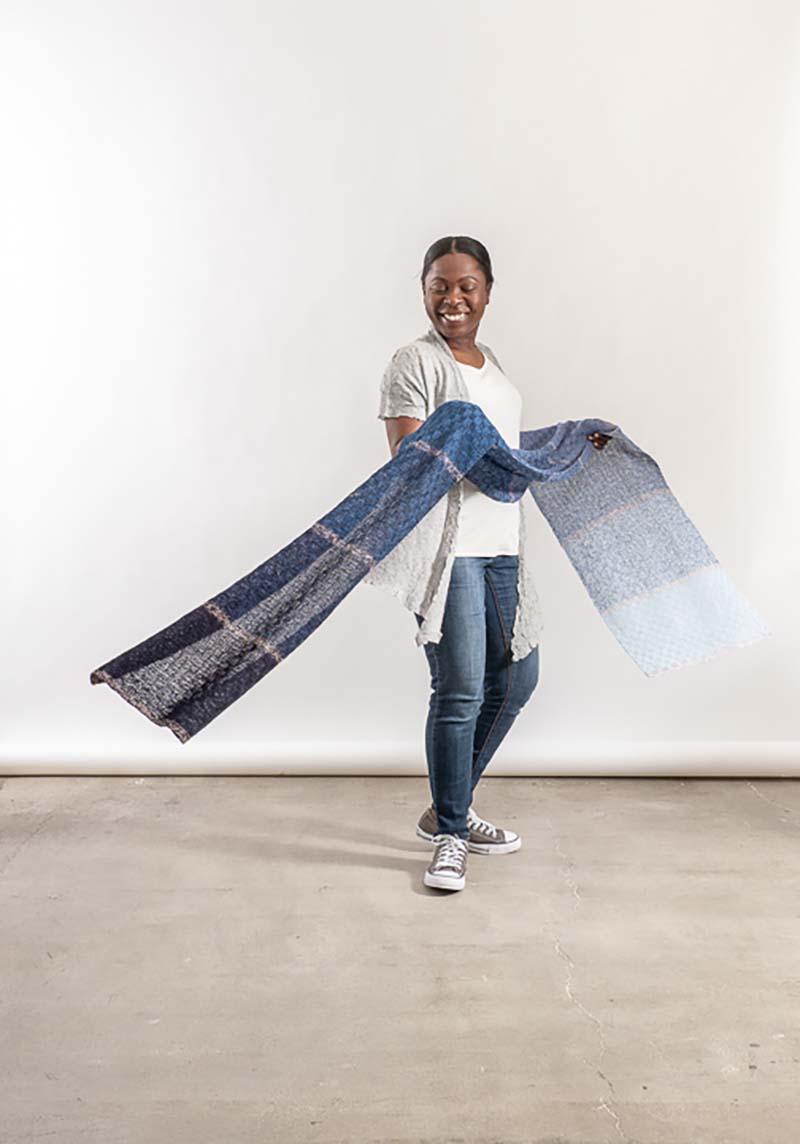 That said, there are moments when you wonder if sometimes there’s too much of a good thing. Will a newbie who’s never really thought about the color wheel have the fortitude to tackle the chapter on color harmonies?

Maybe not. But if that curious newbie is interested enough to have this book on the shelf in the first place, she’ll find a toe-hold–perhaps in the discussion of marling and texture or perhaps simply by following one of the patterns with yarns she has to hand. And she’ll play around, and learn something, and have a lovely time–and come back for more. And she’ll get to the summit, eventually.

*“Microswatching is fast prototyping for slow knitting.” Page five. The first time in this book my heart skipped a beat. I have pressed a violet there, in remembrance.

Making Marls is absolutely gorgeous, printed in Germany by one of the great art book publishers. It is a book to savor, to spend time with, and to treasure. BYO Violet. 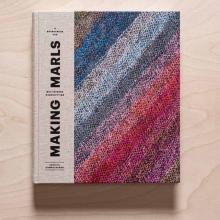 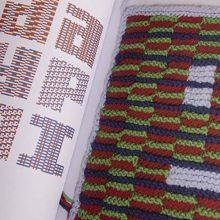 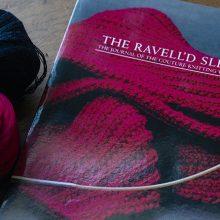 Books with Franklin: Get the Hook
25 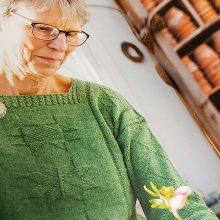 Books with Franklin: From Baby Shoes to the Stars