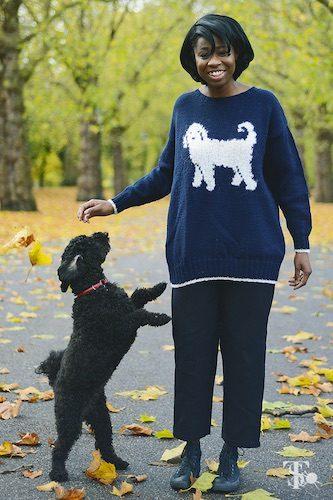 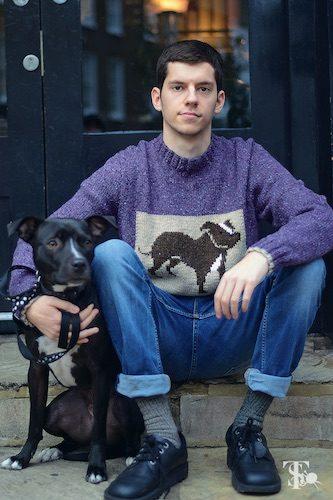 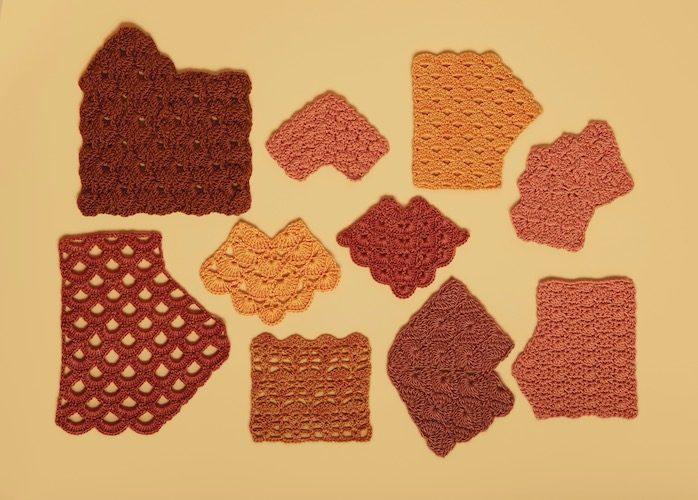 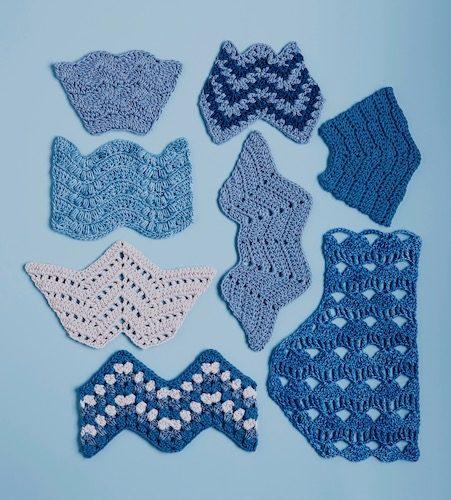 I am a dog person. 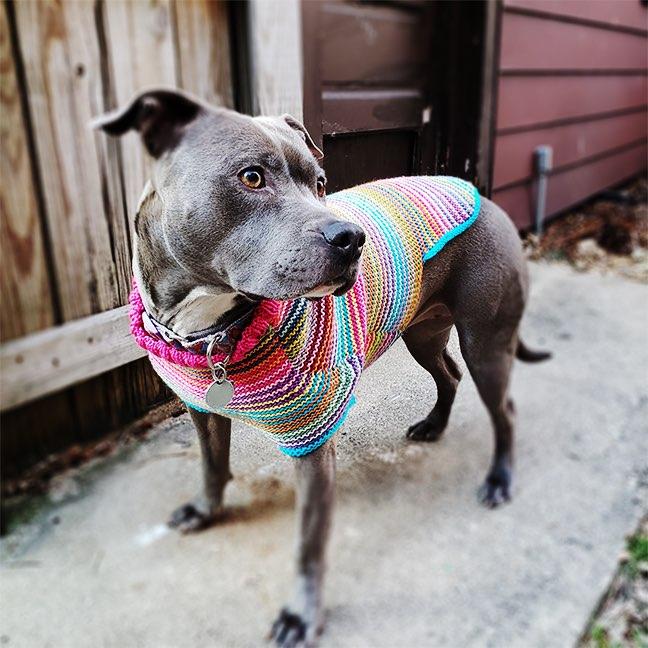 I make a lot of sweaters for Rosamund, since our Chicago winters are terribly cold and I have more hair on my chest than she does. 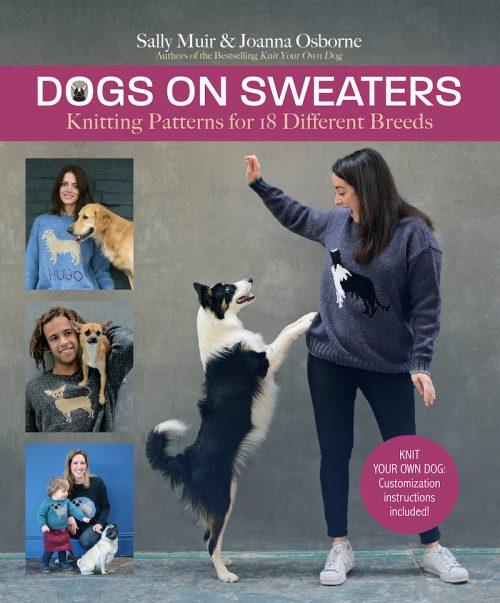 The authors, Sally Muir and Joanna Osborne, are the team behind six previous titles, including the delightful Knit Your Own Dog and its sequel, Knit Your Own Dog: The Second Litter. They know what they’re doing.

The book takes pains to allow for personal preferences and modifications. After all, if you have bought a book called Dogs on Sweaters, you likely have in mind a certain person to put the sweater on, and a certain dog to put on the sweater. One dog does not fit all. 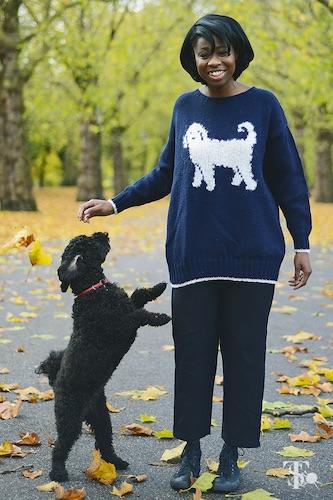 So you are given three adult silhouettes (women’s raglan, women’s long and loose pullover, man’s pullover) and three pullovers for the short set (two for babies, one for toddlers). Each of these has been designed to display your dog of choice. 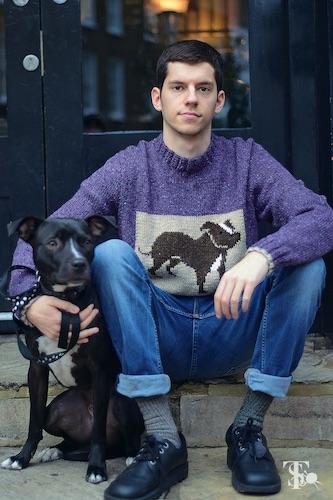 We’re in the realm of intarsia and duplicate stitch here. The charts for the dogs are given separately, with eighteen breeds represented. There’s advice on how to place your dog on your sweater, and how to modify the chart to better represent your dog. There’s also a full alphabet, for spelling out “dog names and dog slogans.” There are no numbers, so if your dog is named “15” or “263” you’re on your own, and also what the hell is wrong with you?

What else can I say? By now, you have either decided this book is exactly what you need to make life complete; or you’re only reading because it’s three in the afternoon and you will do anything to avoid your spreadsheets.

But there is more. I guess Muir and Osborne thought including only sweaters with dogs on them wasn’t sufficient for a book called Dogs on Sweaters, because they provide patterns for Jack Russell, Pug, and Dachshund booties; a Dalmatian-spotted baby onesie; a multi-breed patchwork blanket; a sweater with CAVE CANEM (“beware of the dog,” in Latin) across the chest; and an adult scarf and hat, in case having your dog on your sweater is either too much or not enough for you.

Muir & Osborne also wrote Knit Your Own Cat, so if you’re dreaming of a Cats on Sweaters sequel, you might get it.

I am a sucker for a good stitch dictionary, but tragically limited shelf space means that few will earn a permanent post in my workroom. 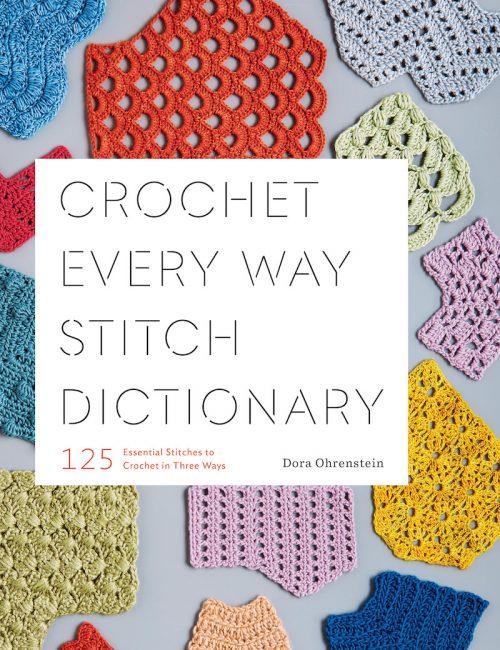 My crochet skills are growing, slowly but surely. I’ve reached a point where I’d like to try doing more of my own thing, with less following of patterns. However, shaping gracefully in crochet, particularly when using fancier stitches, has eluded me. I must not be alone, because the point of this book is to show us how it’s done. 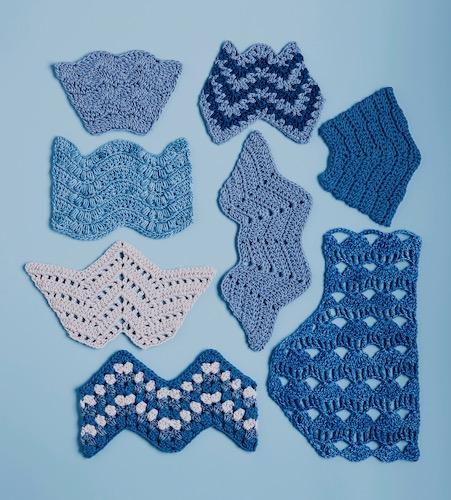 The stitches themselves seem to me well worth knowing. They’re arranged by type (closed, mesh/filet, textures, exploding shells, classic laces, ripples and waves) and I found myself hankering to try out a bunch of them, either because they look useful or attractive, or because they look like they’d be fun to make. 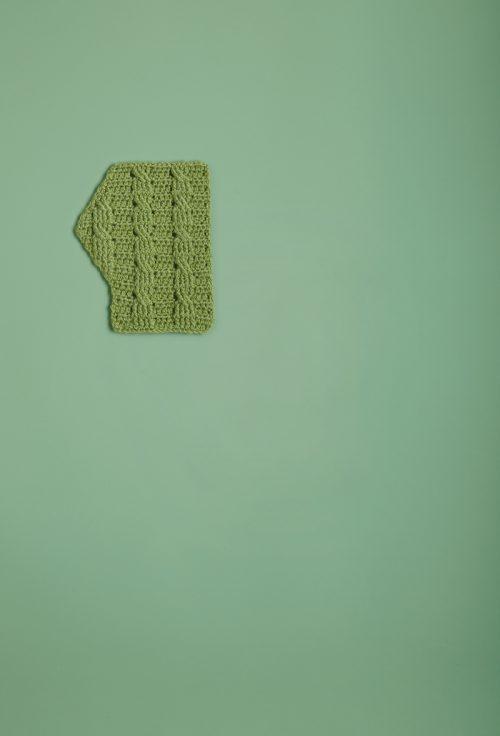 Her V-Stitch Ripple motif even made me consider whether it might be fun to make a ripple afghan, which made me question who I have become. (I am a child of the 1970s, and was exposed in infancy to far too many ripple stitch afghans knit with colors the universe never intended to be seen side by side. I have scars. You cannot see them, but they are there.) 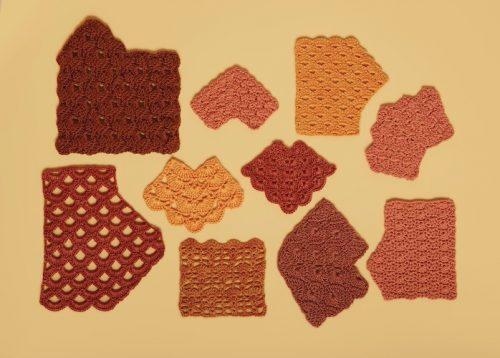 This is an Abrams book, and keeps to their usual high standards for book design. The sections of the book are color coded, making it easy to find the section you want. The charts and row-by-row instructions are clearly set out, and the photography by Zach & Buj, even though it’s all swatches-on-backgrounds, is notably well done.

Ripple stitch, though. Should I?

I gotta go call my therapist. 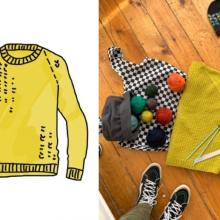 Inspiration
Atlas Collection: Behind the Scenes