The Dalai Lama writes a great op-ed, it turns out.

The other day, I was transfixed by the piece he published in The Washington Post, co-written with Arthur Brooks, the president of the American Enterprise Institute. “All of us can break the cycle of hatred,” the headline reads. (Apologies if you find a paywall, but it’s worth subscribing to read this.)

This short essay instantly bored its way into my heart. Here’s a man, 82 years old, who has had a target on his back from the government of China for decades. Yet his serenity, intelligence, and astonishing sense of humor are a gift to us all, no matter what our own religion is or isn’t.

This got me to poking around, looking for more of this spiritual leader.

The interview up top is kind of wacky. John Oliver is irreverent all day long, and predictably, he uses a lot of premium cable language in the course of his introduction to his conversation with His Holiness the 14th Dalai Lama of Tibet.

But this is good stuff if you’re looking for a quick overview of Tibetan Buddhism, the politics of China, and a message of peace. The Dalai Lama is famous for his sense of humor—it’s all over this interview, so great.

“I practice taking others’ anger, suspicion, distrust and give them patience, tolerance and compassion,” the Dalai Lama says.

That’s something to think about, every day.

The Dalai Lama’s Instagram feed is pretty great: @dalailama. With a blue checkmark, of course, so you know it’s the real deal. And his website has a ton of videos.

Photo on landing page: HHDL playfully posing for photos with members of the security team that helped during his four week visit to Bodhgaya, Bihar, India on January 28, 2018. Photo by Ven Tenzin Jamphel 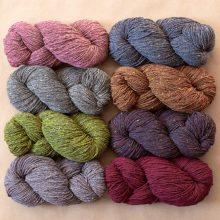 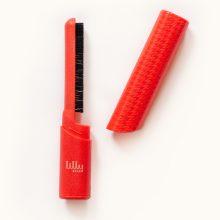