Knit to This: Slow Burn 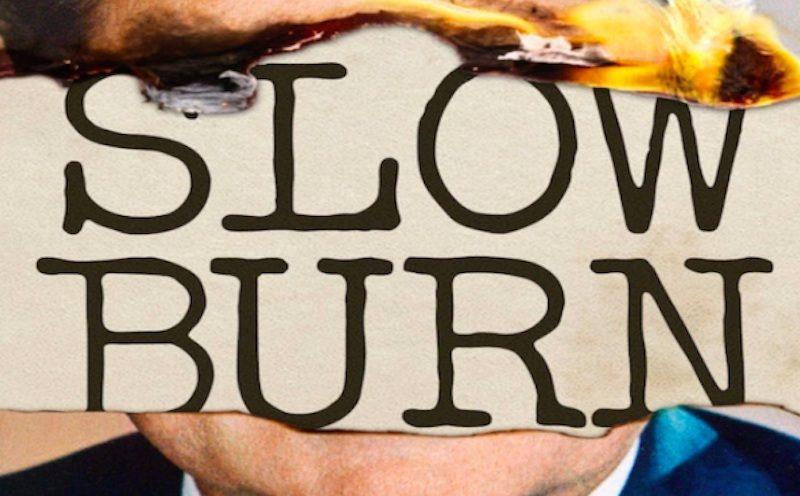 Knit to This: Slow Burn

At dinner the other night with friends, I was struck by how podcast-crazy everybody is. So many podcasts! Everybody’s got some thing they’re bingeing on while working out, cleaning the house, driving around. There is so much content to be absorbed!

A universal favorite at the table was Slow Burn. Rhapsodic praise! You’d think it was a spy thriller from all the talk about how addicting it is, how amazing the storytelling.

Yeah, it’s not a Le Carré novel. It’s an eight-episode podcast about Watergate. A 45-year-old scandal. A piece of history that we think we all know well because we all watched All the President’s Men so surely that’s plenty.

My podcast fiends tell me that this eight-episode podcast takes us deep into the days of scandal in the White House—really delving into what it felt like at the time to live through a scandal that grew only over a period of two years. Leon Neyfakh tells the story in this production from Slate magazine. His introduction to the series sets the scene.

Judging from the first episode, I can safely say: I am in for the ride. A brilliant eight-episode podcast about Watergate? That sentence wouldn’t have even made sense a few years ago. This golden age of storytelling is such a gift to us knitters, who get to listen endlessly to these beautifully produced podcasts.