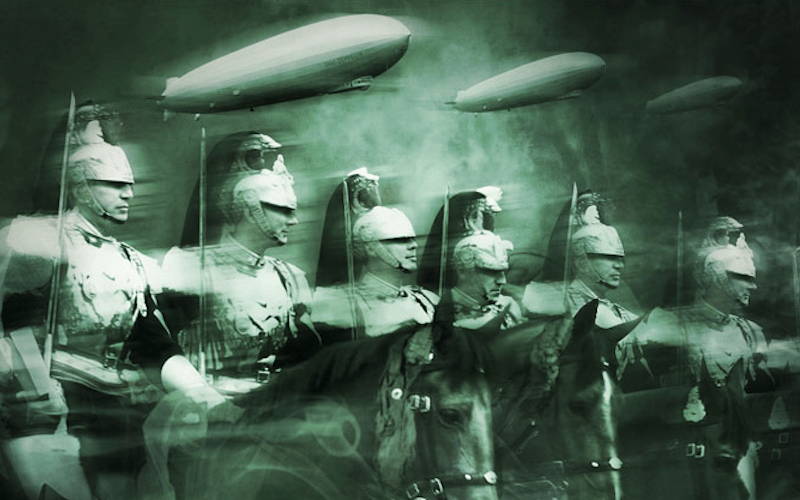 Back-to-school time? Let’s all go back to school. No, this won’t be on the test. This is not pass/fail. There’s not even an in-class essay due.

C’mon, grab your nearest large-scale knitting project and join me on what looks like the most epic Knit to This ever.

Leave it to my college student son David to point me toward a podcast series where each episode is pretty much six hours long. Those college students don’t blink when confronted with, say, the entirety of World War I as explored in six six-hour-long episodes. It’s just another pile of history to listen to while walking (with noise-cancelling headphones fired up) across campus to another class where more history is about to be delivered.

Back in 2005, Dan Carlin started podcasting about history. It was kind of like blogging about knitting—a new medium for an old idea. Since then, he has produced 59 episodes of Hardcore History—podcasts that have grown in length over the years, have broken out into multi-episode series. He looks at war, ancient history, social issues. Some episodes are free, and some cost $1.99. Here’s the full list of Hardcore History currently available. (Can we all just pay the people we admire for the work they do? I think of it as voting with my dollars. Vote early! Vote often!)

I’m starting with Blueprint for Armageddon, about World War I. I know so little about it, compared to World War II. Why is that?

Anyway, batten all hatches—I’m going in.

PS Thanks to everybody for the warm reception for Field Guide No. 4: Log Cabin. We are so happy that everybody is climbing on board the log cabin love train. A lot of fun ahead.