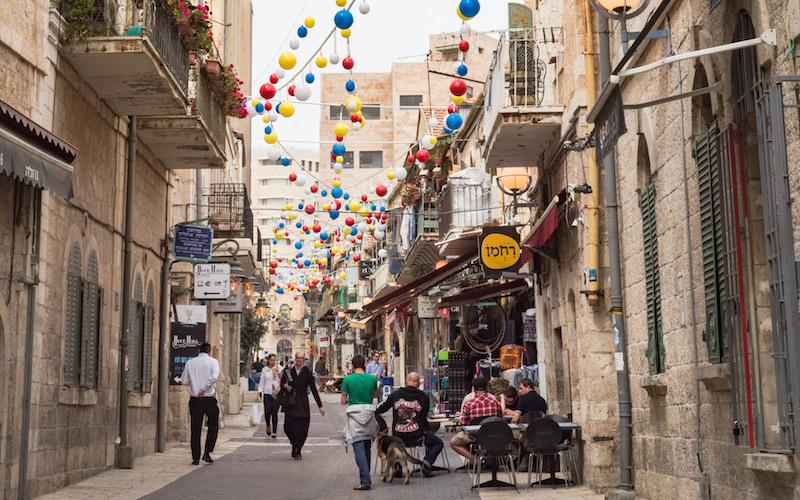 There are very important places to visit in Israel, from the Red Sea up to the Golan Heights. Between, though, let’s talk about what a knitter wants: wool, handmade things, a tiny yarn crawl in this tiny country. 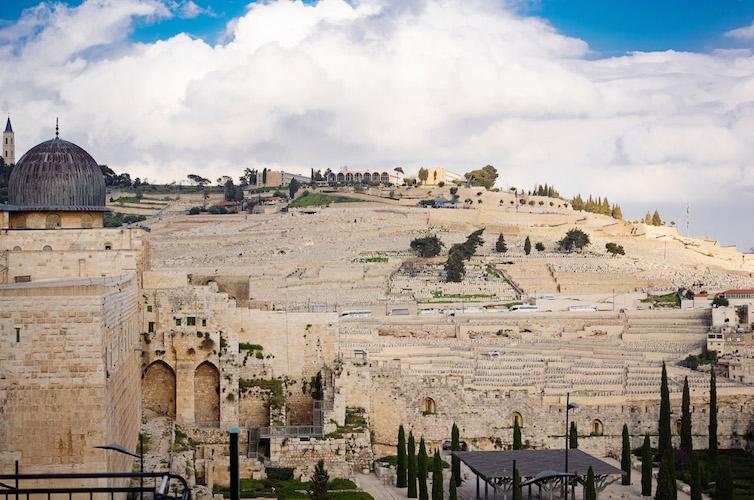 For this trip, don’t take “weekend” too literally. Pick any days, except  Friday afternoon through Saturday evening, when everything is closed for Sabbath.

I’ll start in Jerusalem. Jerusalem is all about handmade. Parts of the city itself are handcut from stone over 5,000 years ago. There’s something from every century since, up to the sweet light rail train gliding along Jaffa Road, crisscrossing the city. 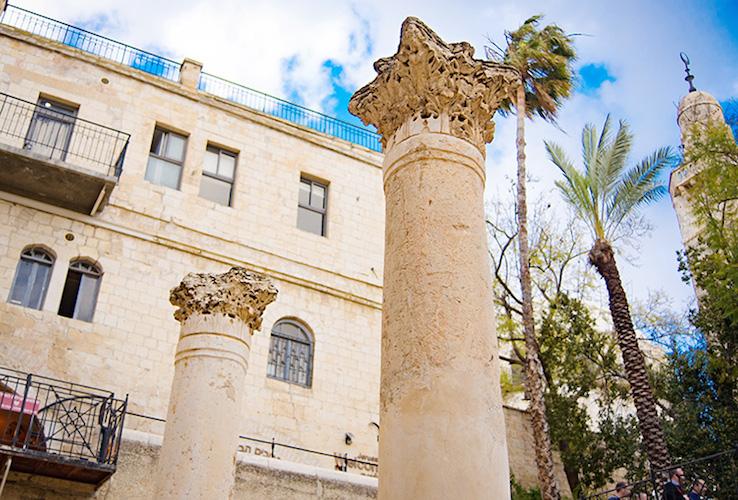 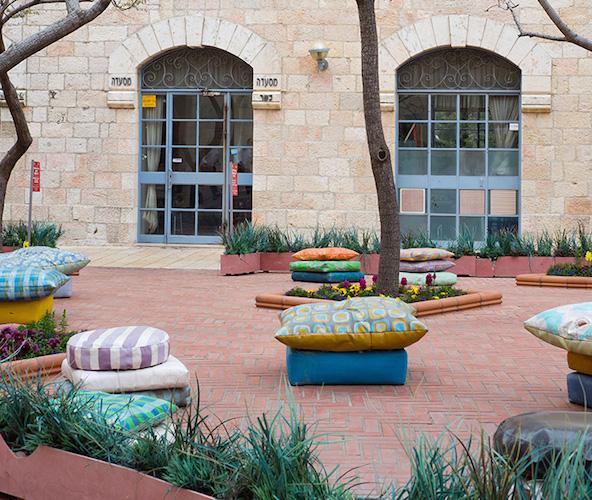 Artisanry and anything handwrought is celebrated. Let’s take a stroll. 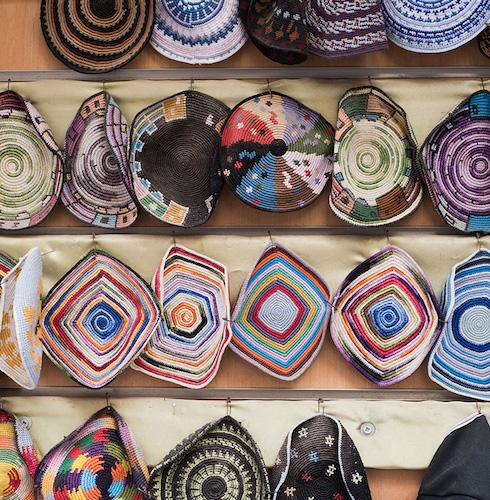 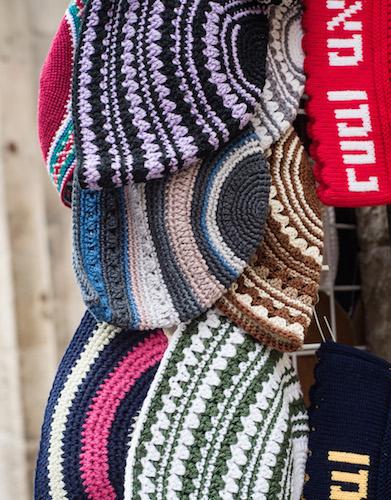 Pretty sure crochet is safe from extinction around here.

A word about yarn: in Israel, the sheep industry is strong—but mostly for dairy. The feta cheese? To die for. Wool for yarn? Nope. Most yarn stores are tiny and dominated by acrylics. 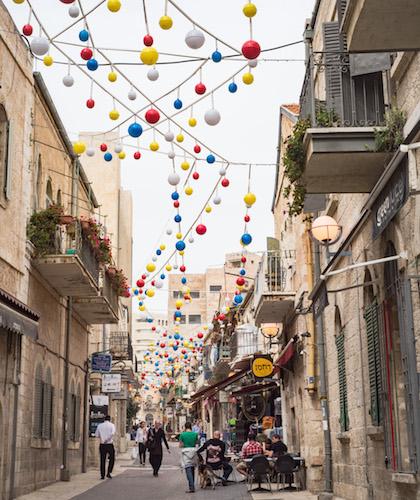 That doesn’t mean not to check out a couple of shops along the way in the city center of West Jerusalem. Walking around the triangle formed by Ben Yehuda Street. King George Street and Jaffa Road, there’s much to explore. Touristy trinkets? You bet. 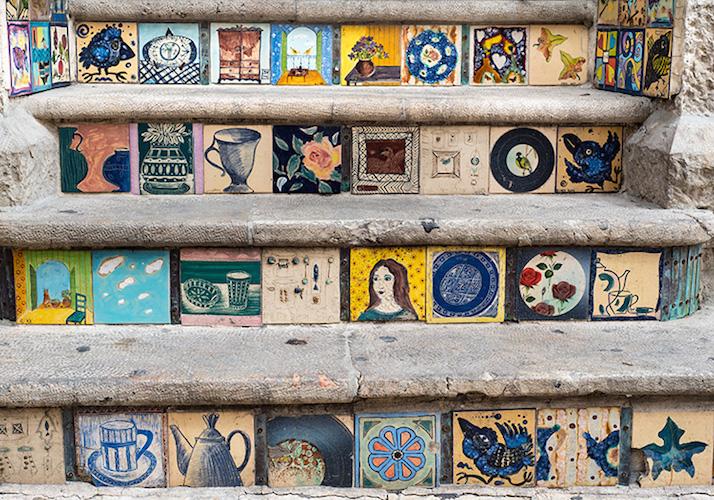 Also, hand painted tiles and silver jewelry, and a little of everything else. Pick out the red, in-Hebrew-only  Victoria tailor sign near 10 King George. It’s two doors down from the Rainbow Gypsy, and across from April Cosmetics. Walk through an arcade and seek a basement yarn shop with an often good but changing stock. Consider it a treasure hunt. 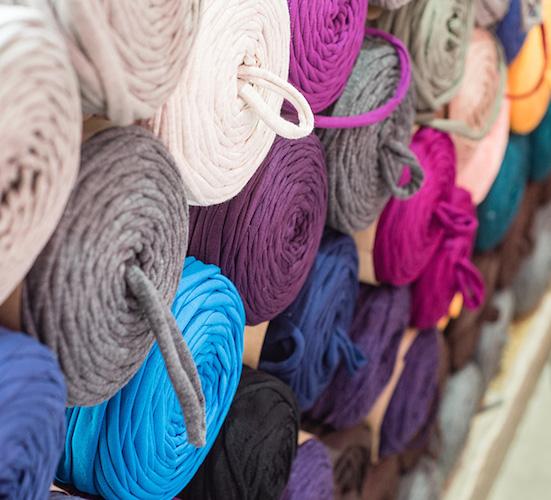 Back on the street, head up Agrippas, to the Bernina store at #25. Being a wooly fiber yarn snob, I don’t find much of interest, except large spools of ColombiaLand, which look like trims of lightweight cotton jersey. So tempting! But so firmly in the “what do I do with this?” category. 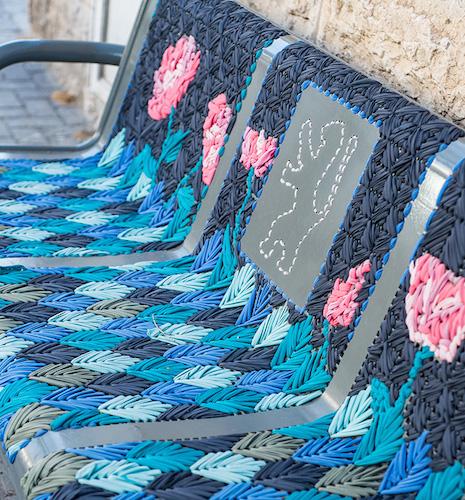 Later in the day, I visit the Emek Refraim neighborhood. Emek Refraim is home to many Anglo ex-pats, and also to The First Station, an indoor/outdoor community gathering place and entertainment mall. Primo sitting and knitting here—plus easy to strike up a conversation if you don’t speak Hebrew.

In Emek Refraim, I discover someone has figured out exactly what to do with this yarn. Metal bus stop benches are giant needlepoint-style yarn bombs. 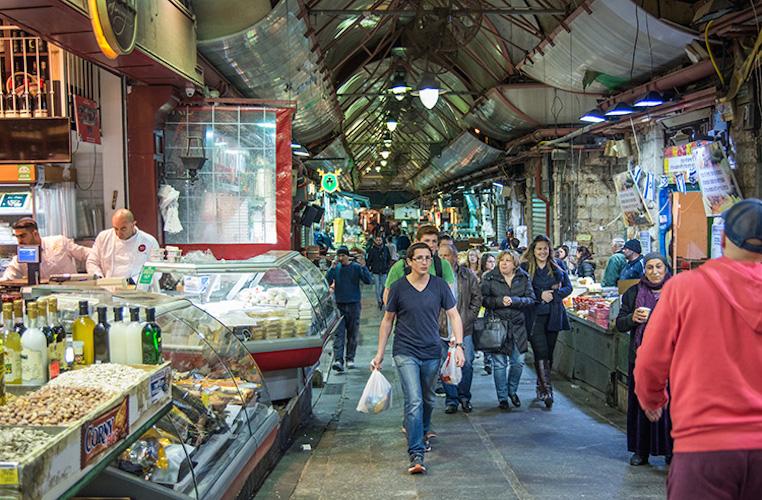 A short way further up Agrippas on the north side of the street is Mahane Yehuda, a large, covered-arcade daily food market (closed Friday afternoon and Saturday). The smells, the sounds, the people-watching! It’s not only a first-rate farmers market, but a true crossroads. Every kind of Jerusalemite: religious, secular, young, old, every ethnic group and country of origin represented. We all have to eat, right? 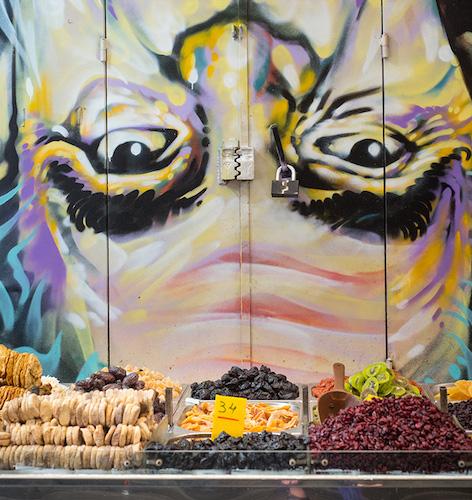 I can’t resist fresh strawberries, the feta cheese, a crazy assortment of dried fruits, fragrant herb mixes for salads and rice. The vendors are multilingual and happy to help, or maybe the word is goad you into purchases. 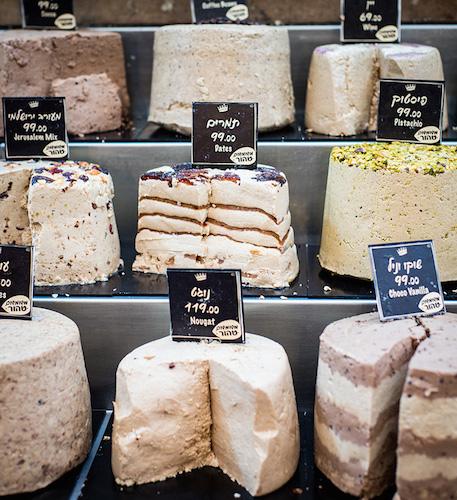 My advice? Never skip the halvah purveyors, offering samples. Their sesame and sugar confection is taken to new heights—and I mean literally.

Next Day: A Mini Yarn Crawl and Touring

After renting a car, I drive west and then north toward the Galilee. First stop, two hours later, is Karmiel, a small city in the Beit Hakarem Valley. It is home to Soul Wool, an indie company owned by Sol Israeli. 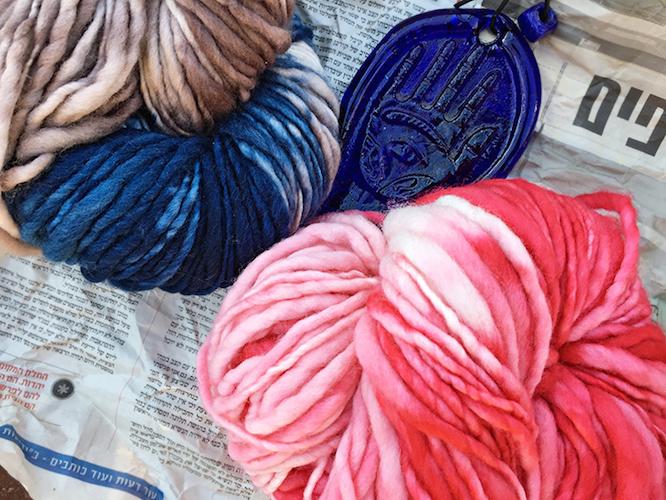 Some Soul Wool is blended with Israeli cotton. Much is softest 100 percent merino from New Zealand. All is handspun by women Sol works with in nearby Arab and Palestinian villages, and artfully dyed.

Email or call ahead—it’s not a traditional storefront. I’m just happy Soul Wool is sold by the skein in some Israeli shops, and distributed in the United States by Keith Leonard of KnitsAllDone. 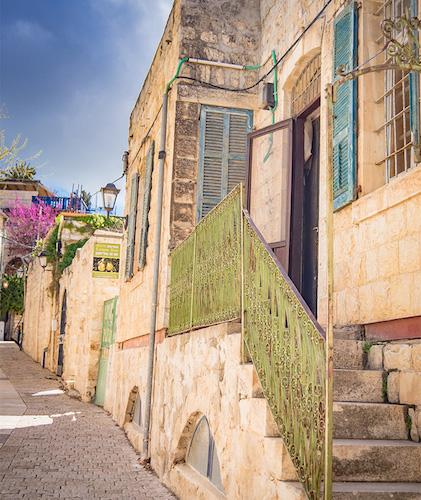 After Karmiel, it’s only 20 miles up to the mystical mountaintop city of Safed, aka Tfat or Zefat. Steep stone stairs and cobbled streets wind through the old artist’s colony, welcome exercise after the car ride. 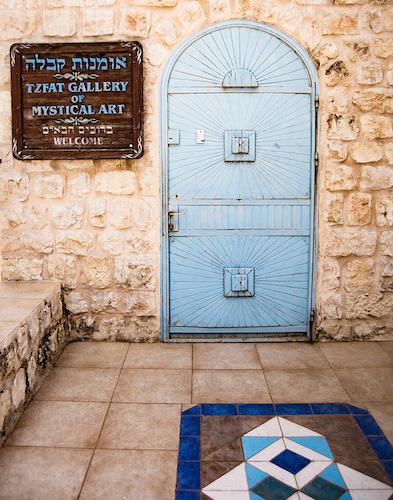 There’s  everything from shlock to seriously collected art, all media including fiber, galleries large and small. I soak in the blue of the doors and shutters, and the trippy vibe of the ancient kabbalists who lived here.

Back in the car to sea level, an hour and a half south, we stop in Raanana, at the Gourmet Yarn Shop. Check out their Pinterest boards, and you’ll know they are sympatico.

Twenty-five minutes further south in stylish Tel Aviv, our official yarn crawl ends at Hatachanah Yarn Shop. I’ve followed owner Riki Shahar Dubinski on Pinterest for years. She has a lovely jewel box of a shop. I choose a skein—it’ll fit into my bike basket.

Bike basket you say? Yes! Continue three blocks west on Frishman Street  to the Mediterranean Sea, and the Tayelet. This undulating promenade hugs the full length of the city’s popular beachfront, from the northernmost section of the coast to the adjoining city of Jaffa—where I’m headed, on my rented cruiser. 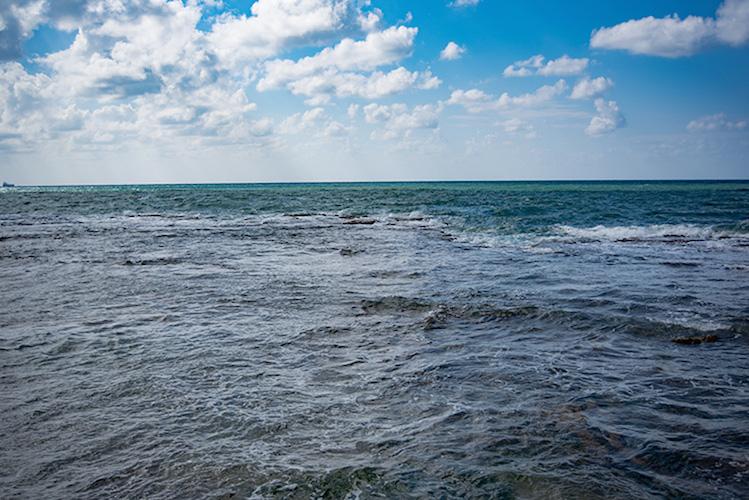 It’s an easy pedal to the edge of the ancient port city, known as Jaffa, Yafo or Yafa. I make my way to the clocktower square and wander the mazelike neighborhood. 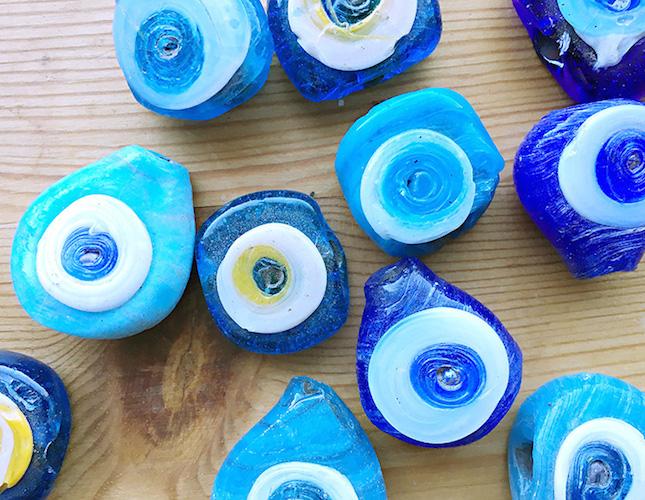 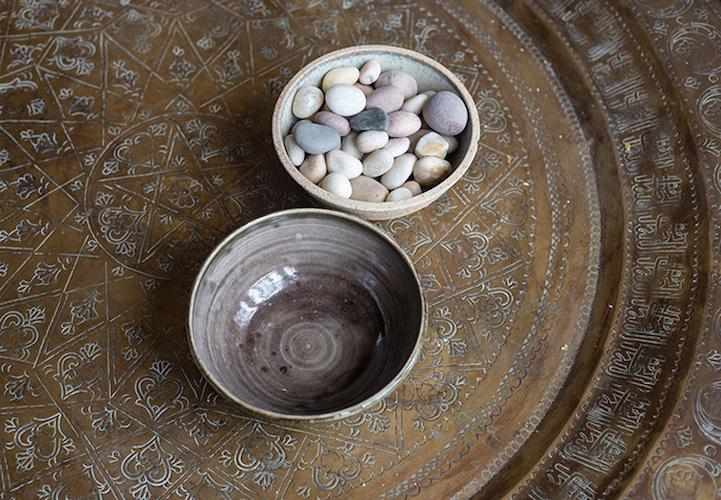 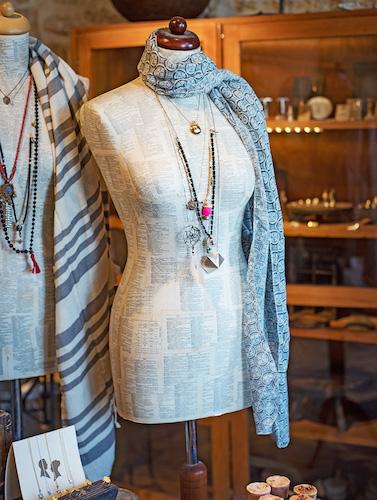 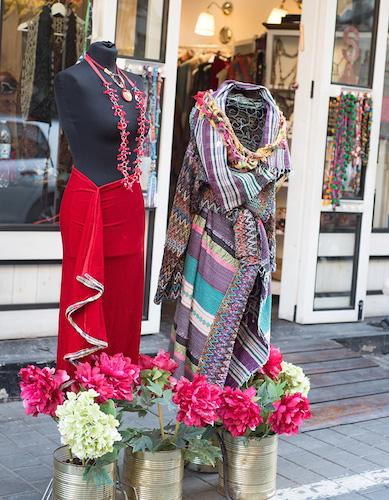 On adjacent streets, young designers and makers have tiny storefronts and showrooms. On Fridays, there’s an open-air crafts market as well. Other blocks are full of cafes and bars, with seating filling the street. I sit and knit and make believe I am internationally stylish.

On a Friday afternoon in Jaffa, just as the weekend is starting, you will find yourself in a bona fide scene. 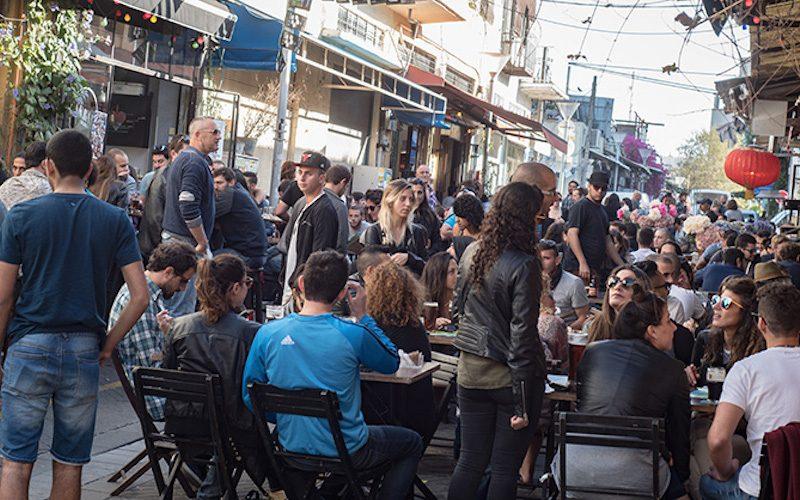 Just smile and say “Sababa.” Sababa is an all-purpose word, like “cool!” or “works for me!” or “Great OK!” Walk into a yarn shop with lots to look at? Sababa! Agree with someone? Sababa! The view of the Mediterranean from your bicycle? Sababa!

All photographs by Gale Zucker.

Jerusalem Crafters group on Ravelry: lists all of the weekly Jerusalem area knit nights and groups.

A Note About A Knitter’s Weekend

Each piece in our series A Knitter’s Weekend is written by a knitter with local knowledge and a personal point of view. If you have additional places or information you’d like to share, we’d love to hear it—please leave a comment. And if you have plans to visit Israel, be sure to save this article in your MDK account. 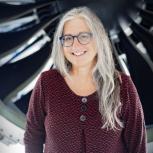 With a degree in photojournalism from the University of Minnesota, Gale Zucker has made a career of capturing the humanity and humor in the people and places that are her subjects.