Once again, the young people have guided me to some riveting television. This time, it’s the 2017 HBO miniseries Big Little Lies. I’ve seen it described as a comedy/drama but I’m three episodes (of 7) in and except for some flashes of Legally Blonde when Reese Witherspoon is on the screen, I’m not seeing much comedy. From the first moment, it’s a case of murder, but we don’t know who is dead or who done it. The story then goes back to the beginning, which makes you question every character’s motives; whether they are going to be the victim or the killer. Such an excellent way to tell the story: it concentrates the mind.

In some ways Big Little Lies reminds me of Broadchurch, which is about as highly as I can praise a crime story. All the actors in the ensemble are fantastic and the soundtrack is great. You could find much less fascinating things to knit to on a Lazy Sunday.

To repay niece Maggie for suggesting Big Little Lies, I’m making her watch River with me.

Big Little Lies can be streamed on HBO Go or via iTunes or Amazon. I’m saving this New Yorker review for after I’ve watched the finale. 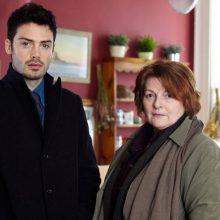 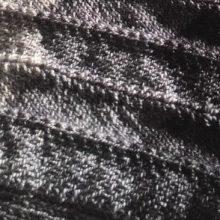 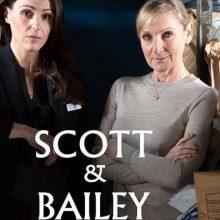