I Knit Where I Want: The Pens Knitting Lady

By Kay Gardiner
80 Comments
Home » Letters » I Knit Where I Want: The Pens Knitting Lady

I Knit Where I Want: The Pens Knitting Lady

I know you count on me to spend an inordinate amount of time on Twitter and report back my findings. Imagine my delight, last week, to discover that there was a breaking Twitter controversy on knitting. I put a bag of popcorn in the microwave and settled in.

Here’s the shocker: there is a woman who knits at Pittsburgh Penguin hockey games, in good seats, in plain sight, throughout the games, including the playoffs. Why did this attract attention? Some TV dude had tweeted: 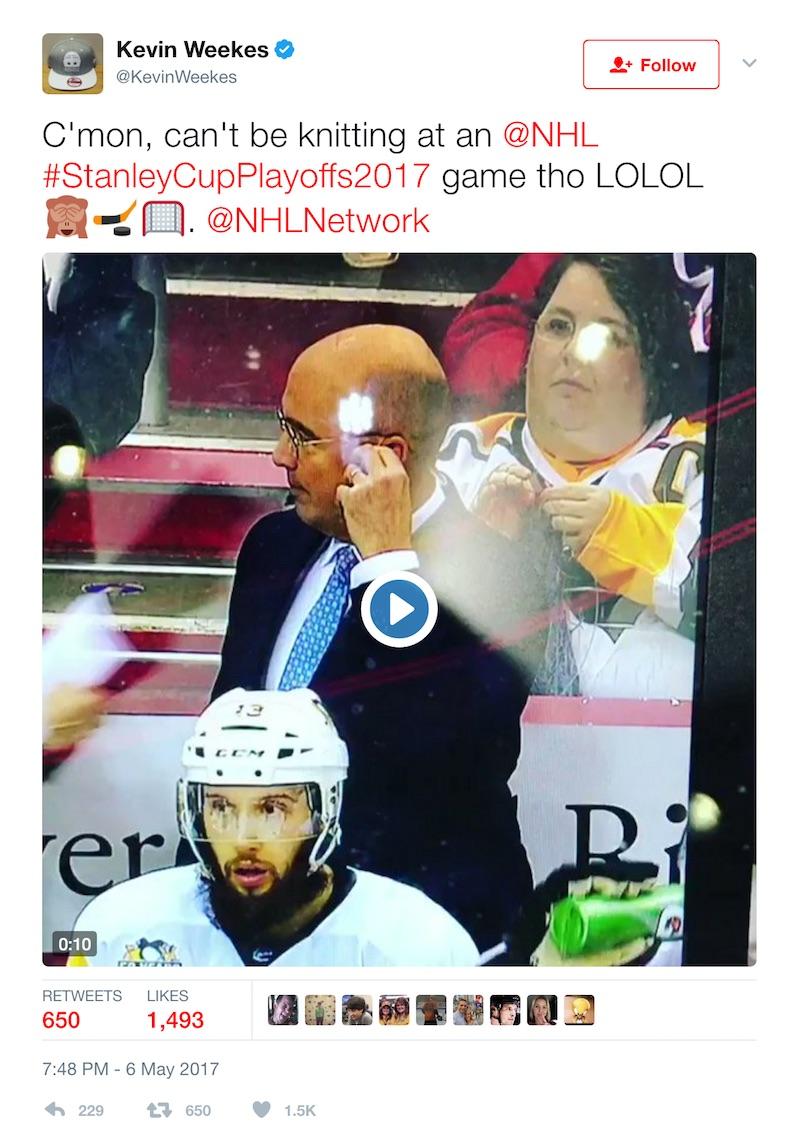 This caused a whole bunch of other tweeps to put their stick in on the issue. I was following the story in real time, and I was impressed with the calm, matter-of-fact demeanor of @PensKnittngLady as she fielded comments—some not! very! supportive!— and questions. Her polite, yet firm, attitude can be summarized thus: I knit where I want.

I have not been to a hockey game since childhood (the Omaha Knights, I think they were). Maybe I am incorrect in thinking that hockey games do not resemble prayer vigils, but I was surprised that anybody would be bothered by a fan sitting there knitting quietly, with her eyes glued on the ice. I guess people can get offended by anything. There were also plenty of people jumping into the dude’s mentions and schooling him that this was the famous Pens Knitting Lady, a fixture at home games, known and supported by the team and the fans.

Things got better: the Wall Street Journal published a front-page story about the Pens Knitting Lady, and that was how I learned that the Pens Knitting Lady is Michelle Miller. (Sorry about the WSJ paywall; they got me to pay $1 for a 2-month subscription so that I could read it.) It’s a delightful article, complete with quotes from Stephanie Pearl-McPhee. But the best thing about it is that the Journal gave Michelle an honor bestowed on very few: a hedcut portrait. 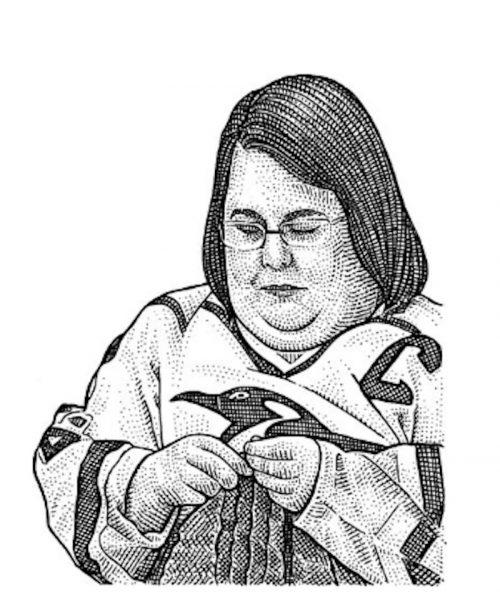 Congratulations, Michelle Miller! You have done knitters proud. Good luck to your Pens in the championship.

The whole thing reminded me of our long-running tally of Places We Have Tried to Knit and Failed. I knit pretty much everywhere now. I may be entering an age zone where a gal doesn’t give as much of a damn about what other people think of her harmless breaches of unreasonable social expectations. Maybe I lack perspective.

What do other knitters think about this? Worldwide Knit in Public Day is coming up on June 10. Where do you knit in public? 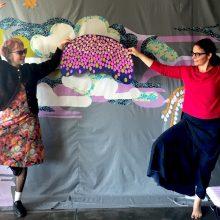 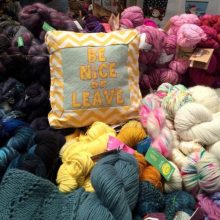 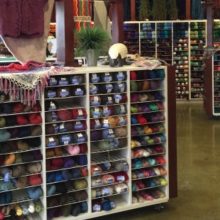 Travel
Omaha: Where to Buy Yarn