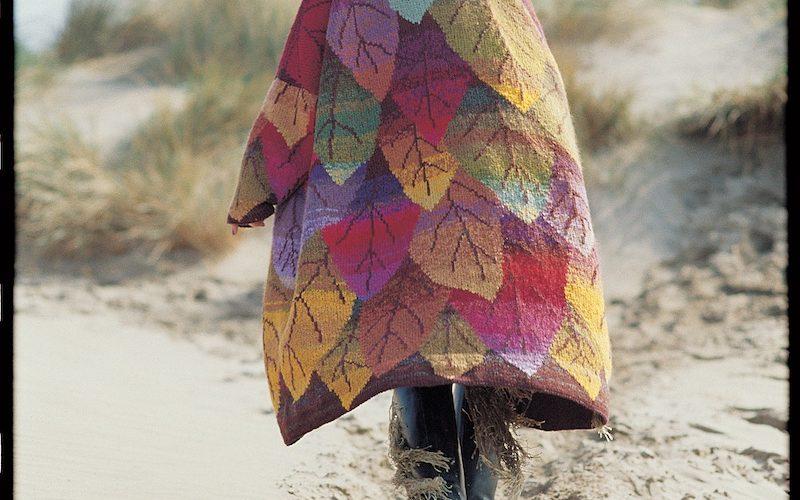 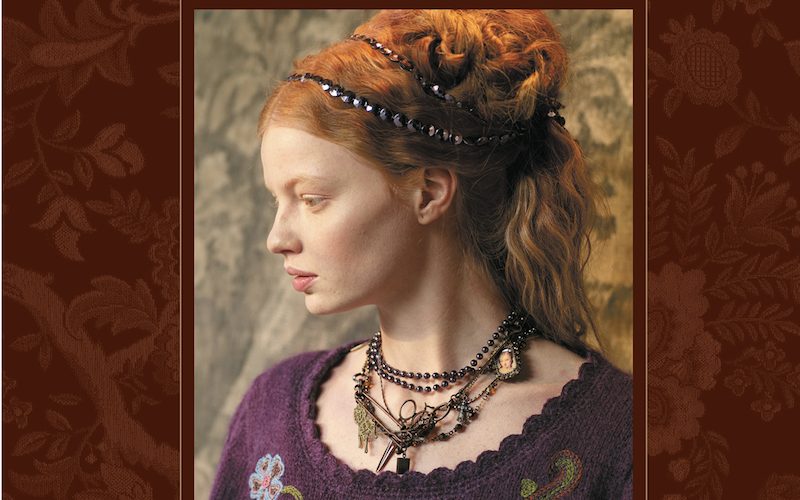 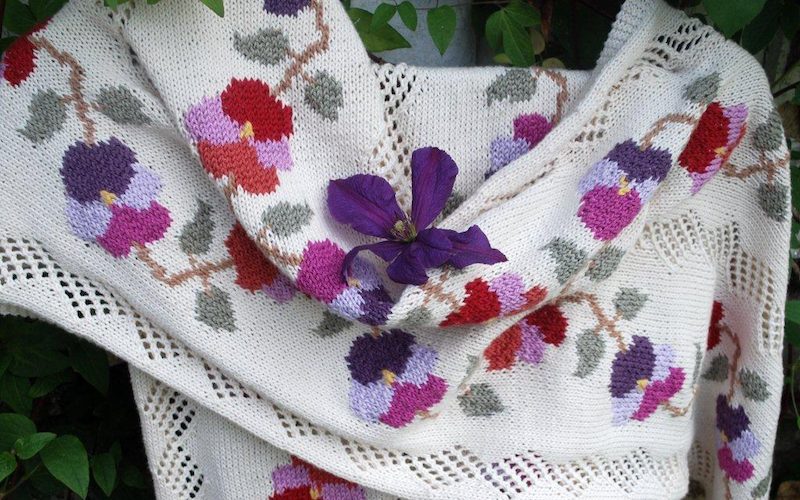 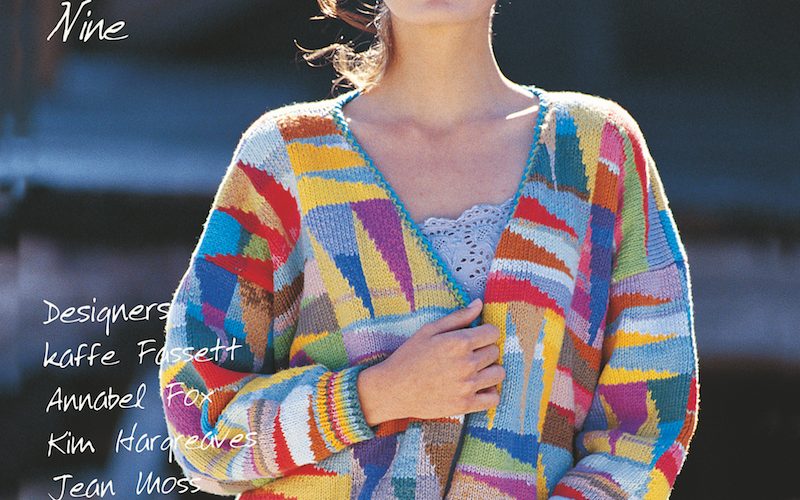 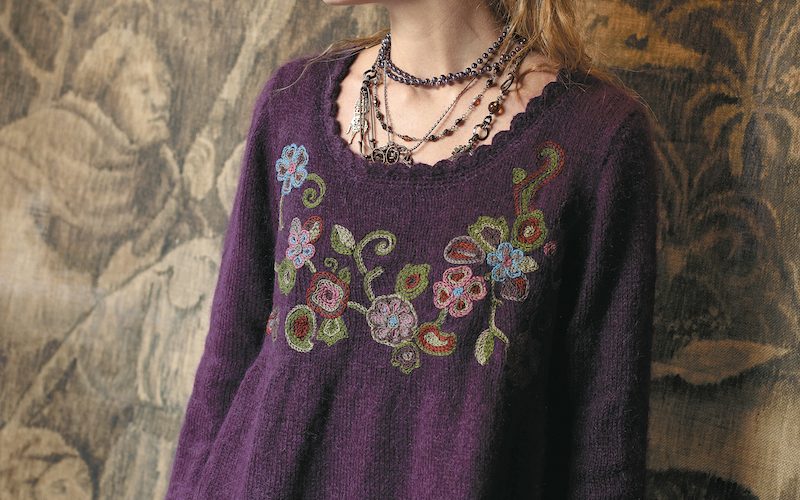 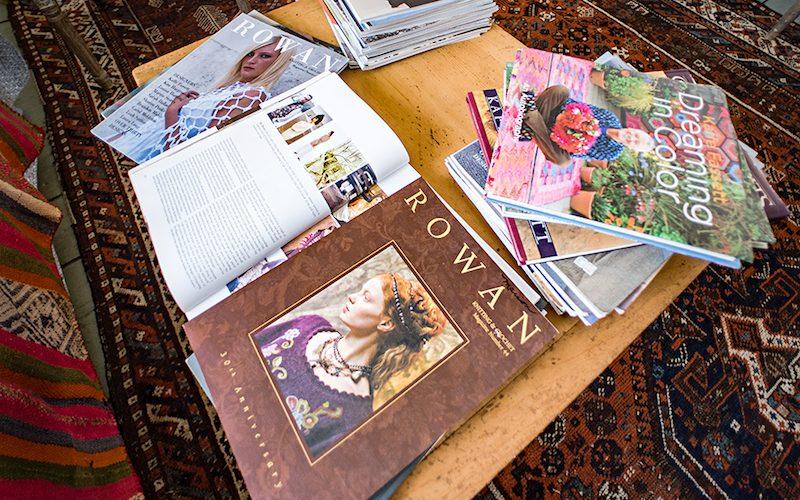 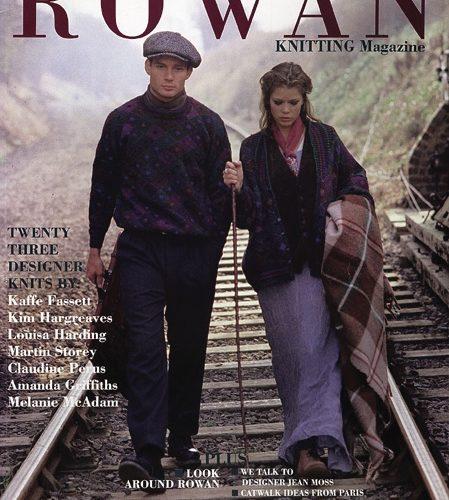 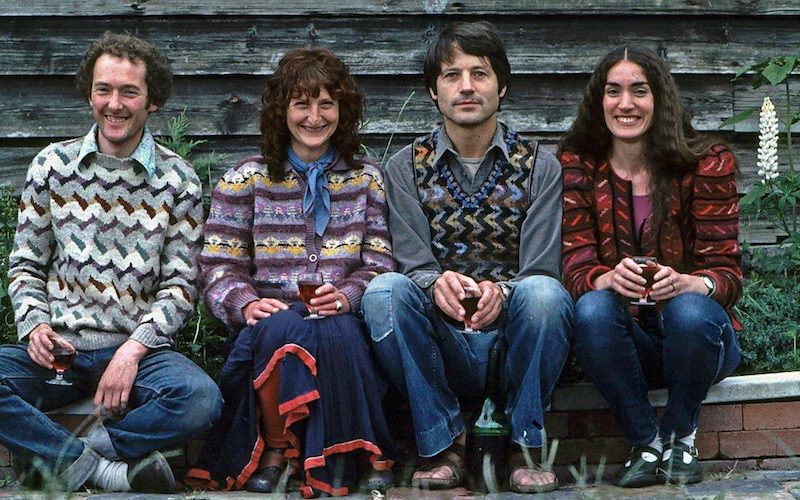 It’s no secret that we two are ardent fans of Rowan magazine and the company’s beautiful yarns. After all, we first “met” on the Rowan website’s bulletin board, back in the mists of time. (Our respective personal collections of issues 1-60 of the magazine can be visited in New York and Nashville, by appointment only.) Today we welcome Karin Strom, a passionate knitter who is also a seasoned professional in both the business and publishing sides of handknitting, to tell the story of this fabled English company, which carries on magnificently to this day.

It’s not unusual for American knitters of a certain age to wax poetic about their love affairs with Rowan. It’s not just the yarns—classic constructions offered in subtle, toned-down rainbow palettes. And it’s not just the magazines—coffee table-worthy journals filled with beautiful patterns shot in dreamy locations on beauties wearing clothing from you can’t tell when. It’s a nostalgic, evocative, romantic, English mystique that is compelling. While the Rowan look isn’t every knitter’s cup of tea, the brand retains a cohesive identity and has engendered passionate brand loyalty since well before that was even a thing.

Yarn shop owner and confirmed Anglophile Kit Huchin, of the charming (and very English-feeling) Bainbridge Island, Washington shop, Churchmouse Yarns and Teas, is a longtime fan. Huchin cherishes her complete set of all 60 issues of Rowan magazine. When she decided to open a yarn store in 2000, her vision was to fill the interior with whitewashed shelves and baskets, and an entire wall of Rowan yarns. And tea, of course. Churchmouse is still a key outpost for the Rowan brand—and happens to be my personal favorite yarn shop.

My friend Bev Mazzarella traces her infatuation back to the mid nineties, when she lived in Paris and spent hours in the Rowan section of Galleries Lafayette. Bev went on to own several yarn shops in New Jersey, always with Rowan as a linchpin brand. “I fell in love with Rowan through the publications—the styling, the photography, the art direction are all timeless and exquisite, without fail, over all these years. The magazines I collected two decades ago, though dogeared, are as relevant and beautiful now as the day I brought them home.” 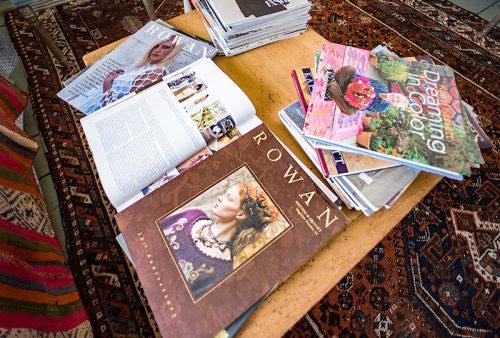 A Slice of the Author’s Own Collection of Rowanalia. (Photo: Gale Zucker.)

Self-described “Rowanettes” eagerly await the twice-annual release of the magazine, and refer fondly to the issues by number. Do you have Number 4? That’s the one with the sepia-tone photos, shot on docks, in fields and farmsteads. (There was a time when that edition was selling for $300 on eBay. Now you can grab it for 30 bucks online.) Number 10? A young Kate Moss is sporting Kaffe Fassett’s iconic coat of many colors, the Kilim Jacket. Published twice a year since 1987, the pages have been jammed with classic (and sometimes challenging) knits created by a who’s who of British knitting royalty. Remember Kaffe Fassett’s Long Leaf Coat from Number 14 or Kim Hargreaves’ Duffle Coat from Number 4? Marie Wallin’s exquisite Raphael from the cover of Number 44? Sasha Kagan’s Rosebud in Number 34? Jean Moss’s Floral Peplum in Number 9? To Rowan devotees, they still look good, are eminently knittable, and evoke a more than little magic.

I credit my own Anglophilia back to the 1960s British invasion. I was a Beatlemaniac, pure and simple. And, so, anything British had romance and style that was utterly lacking in my American suburban life. If you had a British accent, I liked you immediately—you could be a lout, but you were a charming lout. I remember going to Henri Bendel and Bergdorf Goodman in New York City in the late 1970s and ’80s, studying the beautiful English sweaters for inspiration.

It was the Age of Intarsia, and a group of British designers, including Sasha Kagan, Susan Duckworth and Jean Moss, were selling fabulous “picture sweaters” as lush and textural and colorful as a flower garden or vineyard—the opposite end of the intarsia spectrum from the Ugly Christmas Sweater—in upscale US boutiques and department stores. I wasn’t aware of it at the time, but they were part of a group known as the British Designer Knitters, born of the post-1960s UK creative blossoming—talented textile artists who came out of the UK’s 90 colleges and universities with textiles degrees: inspired, industrious and brimming with talent. As they started publishing books in the ’80s, adventurous knitters on both sides of the Atlantic could try their hands at fancy color and stitch work (or just drool). My bookshelves are still home to books like Patricia Roberts’s Knitting Book and the Sasha Kagan Sweater Book. 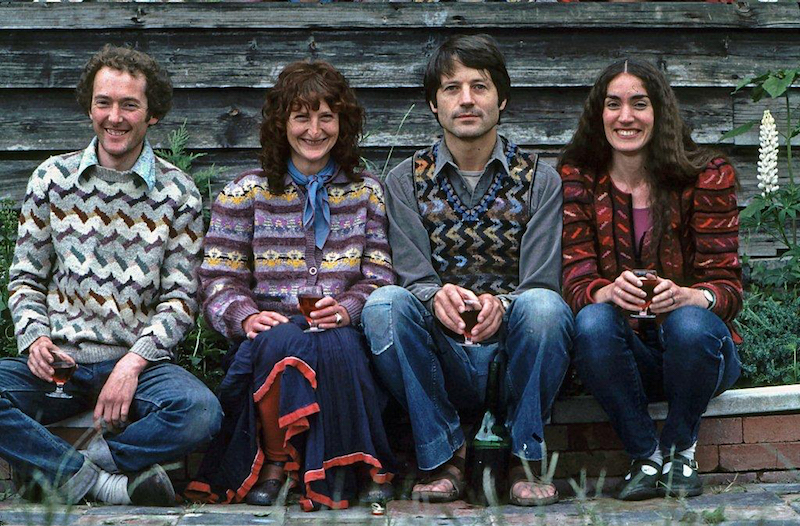 It was at about this time that Stephen Sheard, a textile designer, and Simon Cockin, a civil engineer—both Yorkshire lads—started a little company with $3,000 and “a lot of ideas,” and called it Rowan. (For anyone who has wondered about the origin of the name, try to picture the Rowan trees “down the River Ribble” from where the pair set up shop in a derelict mill building, in Holmfirth, West Yorkshire.)

While Rowan was originally conceived of as a resource for hand weavers, Sheard became aware that the booming cottage industry of the British Designer Knitters could use a domestic supplier of soft, non-weaving yarns in paint box colors. The first such yarn was a cotton chenille, but soon Rowan Yarns was working with Yorkshire mills to produce an array of natural fiber yarns for hundreds of hand and machine knitters, both professional and home crafters throughout the UK.

Enter Kaffe Fassett. Handsome American guy from a bohemian-elite California family goes to London to pursue a painting career, learns to knit on a train so he can paint with yarn, and becomes an international knitting sensation. Sheard told me he knew as soon as they met, by chance at a craft fair in 1982, that “Kaffe was going to be a star.” Fassett has had at least one piece in every Rowan magazine up through Number 60, and is still working with the company. When we chatted recently, Kaffe Fassett assured me that “Knitting is still a vital part of my life.”

In the next installment, we will learn more about the Fassett Effect, look at the birth of the Rowan magazine, the yarns themselves, and how Rowan’s business has evolved over the last four decades.

And we’ll try to answer the question “Is Rowan still a viable brand?” 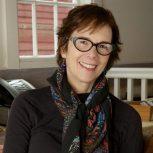 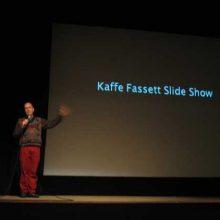 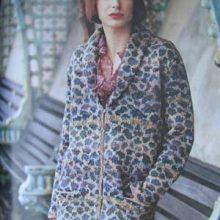 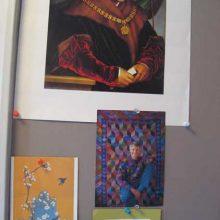 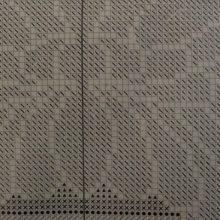