Life is full of surprises. Yesterday morning (actually afternoon), after sleeping the sleep of the just or perhaps just the exhausted, I opened the door of my apartment to get the Sunday New York Times off the doormat. I may have shrieked when I saw it. 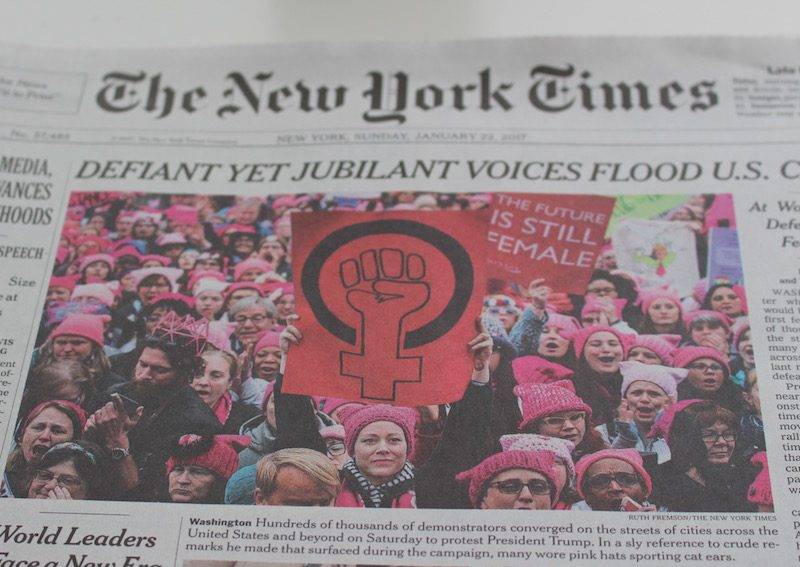 A mass of pink knitted hats on the front page, in a story about the Women’s March on Washington and the sister marches held nationally and around the world on January 21. (Scroll to get to the part about the hats.)

Knitting. On the front page of the Times.  Part of the story.

Women do not all agree about the marches. And women who marched do not agree on all issues, including whether knitting and wearing pink hats with cat ears was a good idea.

Apart from the politics, it’s meaningful to me that the act of knitting, which so many of us do every day in obscurity, played a part in a major news story. The visual history of these events is indelibly marked by the creative energy of our craft. The work of our hands was on the national stage on an important day.

As a knitter who made a pile of hats, I was hoping that they wouldn’t get lost in the crowd, that all the work of all those knitters and crocheters would not be diluted or fail to make its visual impact.  On Instagram, and at my local yarn store in recent weeks, it felt like knitters and crocheters were making a lot of hats. Were we really, though? 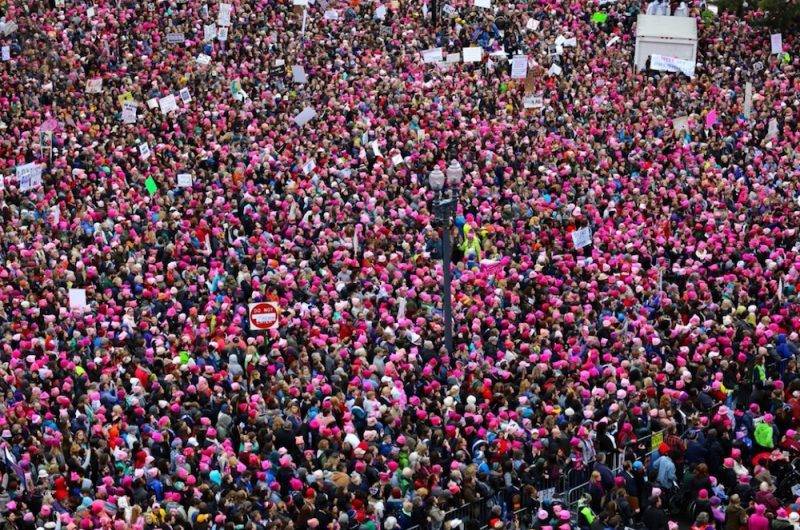 The hats did not get lost. At the Washington march, it was moving to see so many handmade hats, a coral sea of all the shades of pink. Families and friend groups could be distinguished by hats that were not identical but obviously were related, whether through a stitch pattern or a distinctive handpainted yarn. There were Tunisian crochet families and basketweave families, and the occasional plush-fleece sewn-hat family. Fun fur yarns that had languished in Rubbermaid bins for decades suddenly found themselves front and center. The hats did not match, by any means. They were improvised, grass-roots expression. 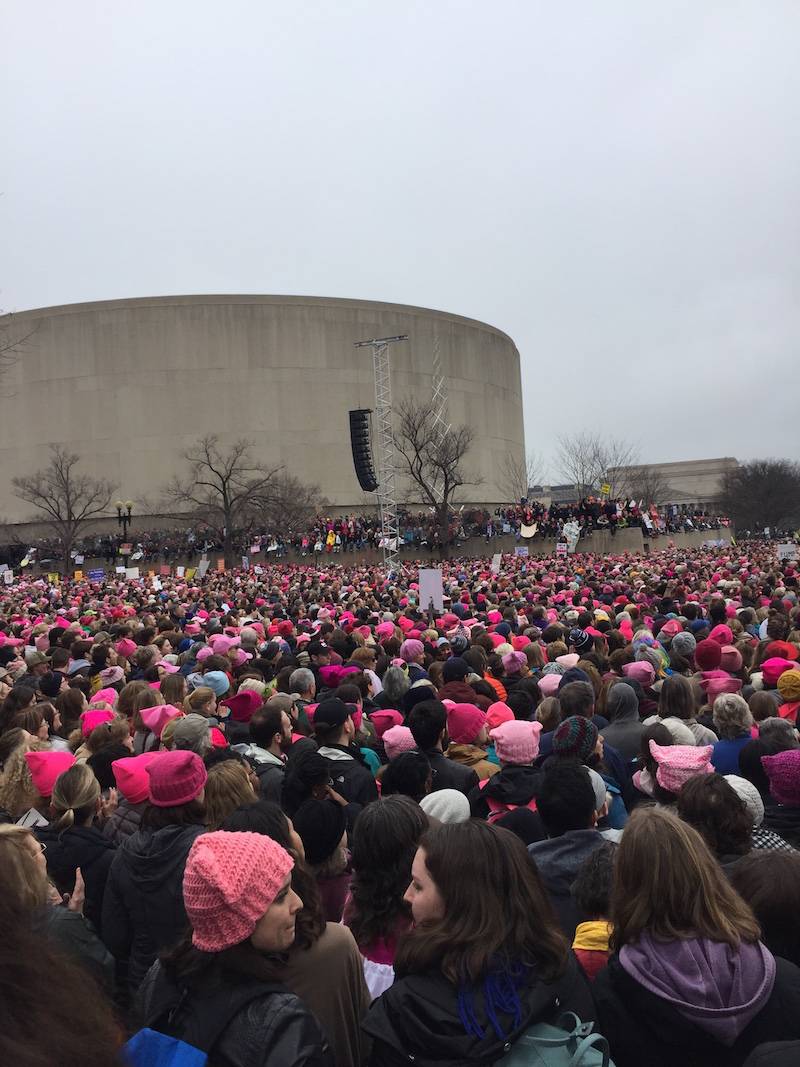 It was also a day for signs. 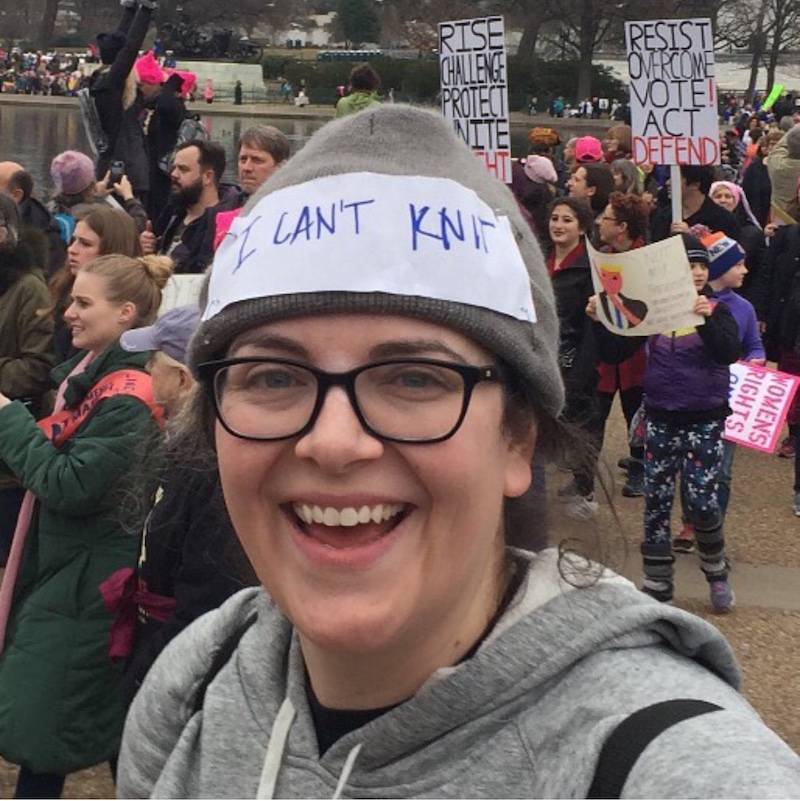 Everybody is not a knitter.

Time to get to work.