But we’re not, so at least we have discovered the good news that once again, public television is delivering unto us a divine wallow in a distant age when the queens were tiny, the costumes extravagant, and the period distant.

The period in question: Victorian. Literally! As in: Victoria, the queen who ruled for 63 years, seven months, and two days.

Just when we’ve all run out of episodes of The Crown, when Downton Abbey is but a distant memory, PBS’s Masterpiece is delivering salvation in the form of Victoria—a binge-proof, old-school, once-a-week series.

Hallelujah! We need to stretch this thing out, people. It will be shown on Sundays for the next seven weeks, and I for one will aim hard to watch this in real time. At this point I am craving escape so much that I will happily tell Siri to remind me to go turn on the teevee and watch a show. 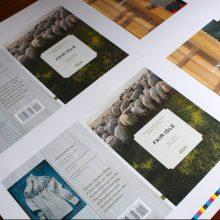