Knitting in the News: The Pussyhat Project 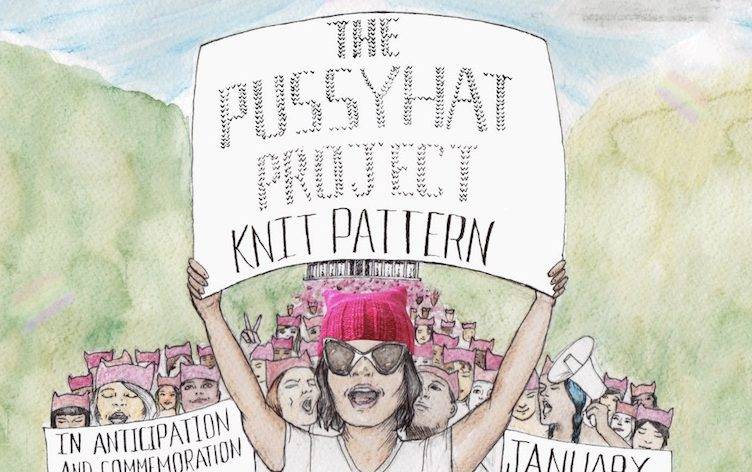 101 Comments
Home » Letters » Knitting in the News: The Pussyhat Project

Knitting in the News: The Pussyhat Project

Every once in a while, knitting makes the news. Typically, it’s a breathless slow-news-day report that “knitting is back!” This type of thing sets me ranting on social media that knitting has never gone away, so it can’t be back. But right now, knitting is in the news because it’s relevant to actual current events.

This past Thanksgiving weekend, a website appeared announcing the Pussyhat Project, founded by Krista Suh and Jayna Zweiman. The goal of the project is for everyone who marches in the Women’s March on Washington on January 21, 2017, to wear a handknit pink hat with pussycat ears. Kat Coyle designed the first of several free knitting patterns, which is available on the site. Ravelry runneth over with Pussyhats.

The idea behind the project is to create a strong visual statement of people wearing hats at the march, and also for supporters of equal rights for women to connect with each other through knitting, giving and wearing hats. The hats are simple, with a square-cornered shape that when placed on the human head, suggests cat ears. They are mostly pink, in every shade of that beautiful and stereotypically feminine color.

The project has taken root in many knitting communities, to judge from its Instagram feed. But only recently has it made the news, reported by New York Magazine, Portland Now and CBS News, and on a New York City local TV station featuring my LYS, Knitty City.  (I’m personal friends with the Pussyhat-sporting doggo, Meringue, who stars in the video; I hope she will still socialize with a peasant like me after sitting in the lap of local news queen Magee Hickey.)

I’m heading to Washington on January 21, to march with a group of friends. We’ve rented a bus, and the knitters among us gathered in December to knit hats. I think we are a long way from outfitting all 55 people on the bus, but we are going to knit as many as we can. I’ve read that there are going to be marches on that day in 200 US cities and even overseas. I look forward to seeing all the hats, on what I imagine will be a long and challenging (please let there be port-a-potties), but uplifting day. 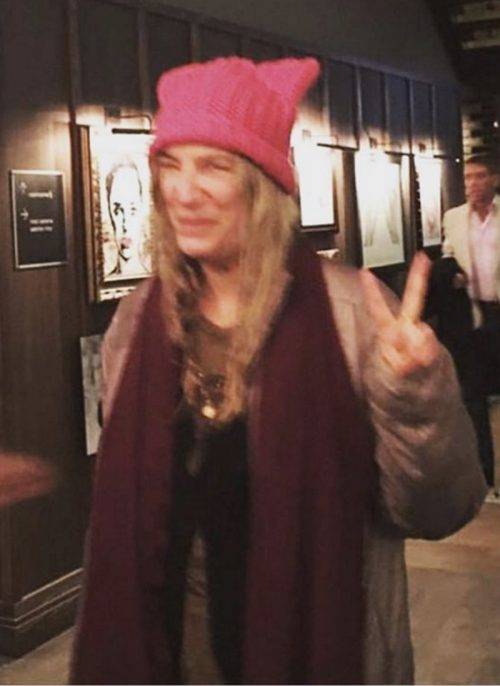 And here are my friends Rosanne Cash and Lisa Fox the other night, showing that it’s not just a statement, it’s a cute hat. 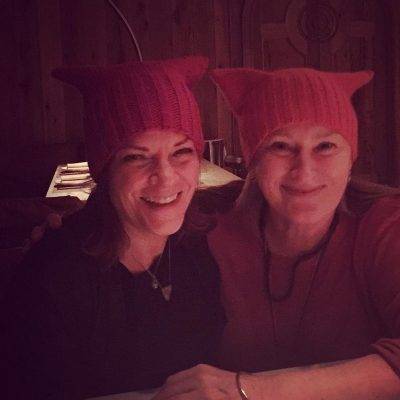