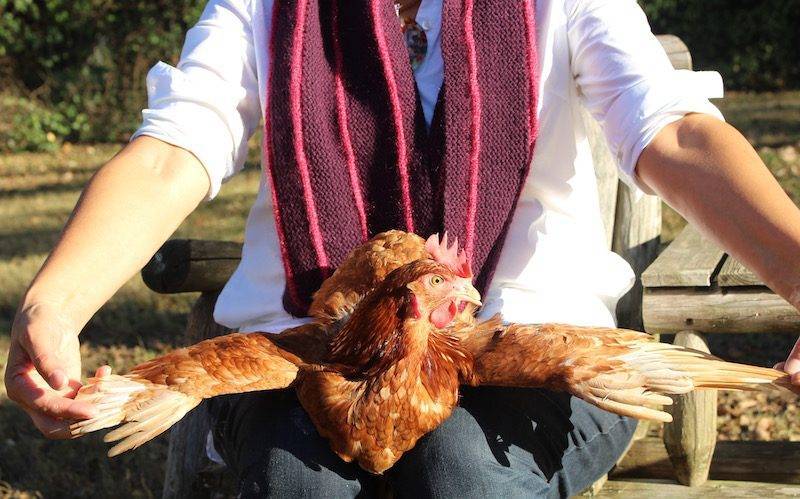 Two cheerful items to report, then a piece of very sad news.

Item No. 1: A Finished Cowl

I don’t mean to brag, but this Breton Cowl almost cranked itself. 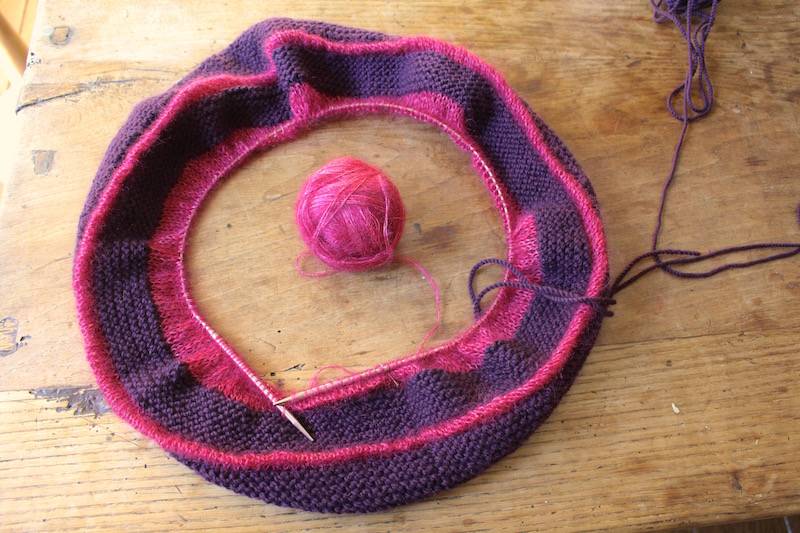 I had a good time fooling around with Round 7 of the contrast-color welt, which is the one moment in this project that requires a bit of aim. I wrote up my method for picking up the correct stitch each time over in The Lounge.

The recipient of this Giftalong cowl is actually someone who modeled for us: the divine Judy of Judy’s Chickens, a food and garden blog that gets richer and deeper every day. Deeper as in: the most recent entry is about a visit to the Cold-War era Kennedy bunker in Palm Beach.

Here’s Judy, out in her magnificent garden with Comet, wearing a Breton Cowl like it was made for her. 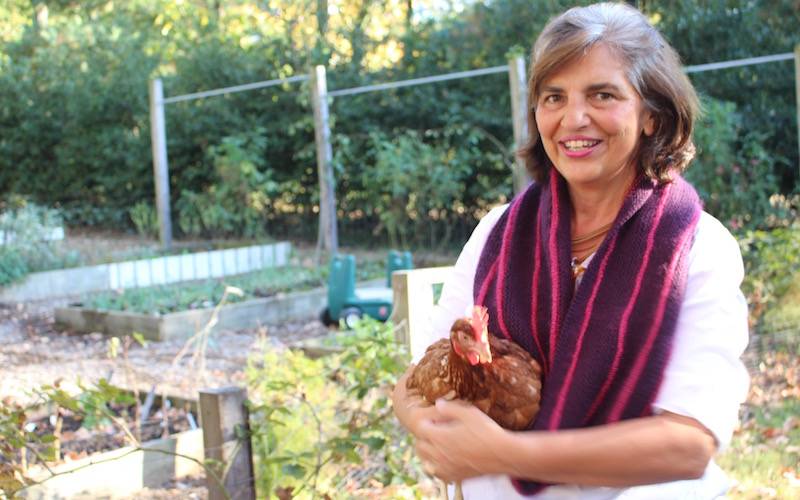 Which, being a sample, unfortunately wasn’t.

Which led me to go home and cast on a Breton Cowl that was made for her. Never have Velvet and Raspberry seemed so happy on a person. 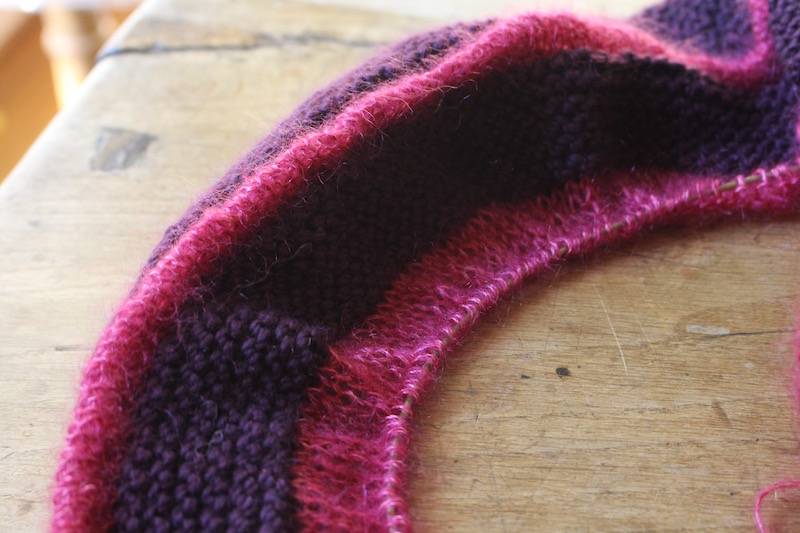 The finished cowl looks indistinguishable from the sample except that it was made by me and not Susan Mitz, our intrepid sample knitter.

Don’t tell Judy this is for her. She’s so distracted, having just become a grandma, that she won’t even see this. She’s over the moon about that adorable baby.

Item No. 2: Knitting Along to Moby-Dick

When I started the Moby-Dick Big Read a few weeks ago, I knew I wanted to knit something from White Whale, Volume 1, Ann Weaver’s brainy, beautiful collection of patterns based on the novel.

In the interest of speed, I’m going with The Castaway, a hat inspired by Pip, the cabin boy on the Pequod. Pip hasn’t come into the story yet for me, so this hat makes for excellent foreshadowing.

I’m sure it’s a hat Pip would have gone for: bobbly bits, a little contrast. 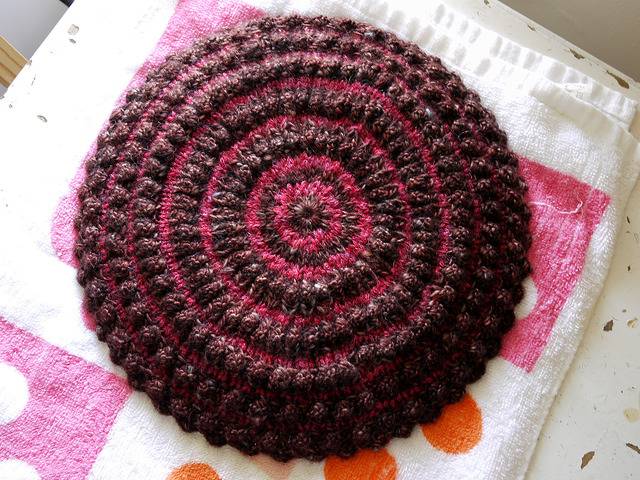 I’m using my Daughter of a Shepherd Hebridean DK yarn, as dim and dark as the north Atlantic. 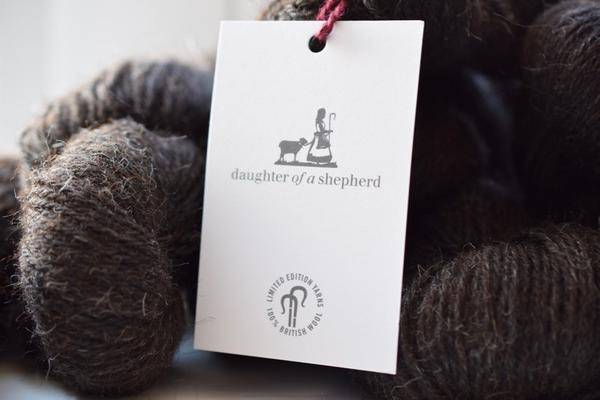 The contrast color is Jill Draper Makes Stuff, a skein of her single cormo/alpaca/angora yarn, Beacon. 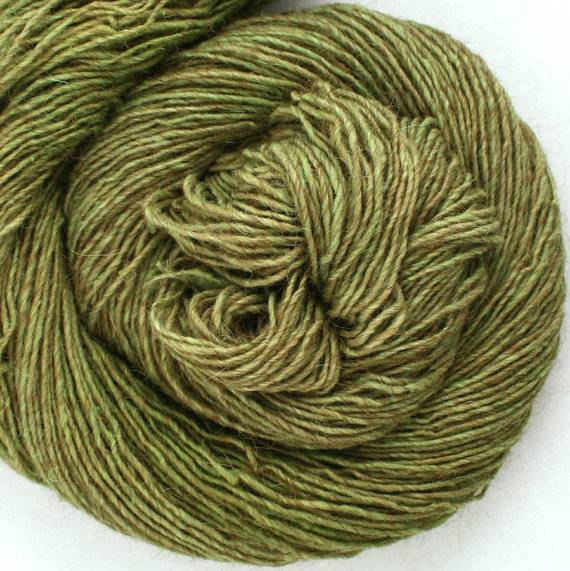 You can dive into Moby-Dick Big Read with us at any time. The Lounge has all the details. It’s a quick read. Seriously! If you listen while knitting, it goes like a dream. Discoveries from various readers so far: 1) it is hilarious in many places; 2) the varied narrators make each chapter a new experience; 3) some of the chapters are four minutes long, making the novel seem shorter than you might think.

Now for the sad news.

Monday was just awful. Elliott the fluffy wonder cat died, and I still can’t quite believe it. He was just here. It was so fast, and tender, and final.

I know how much everybody loves their pets—be sure to give yours an extra Scooby Snack whenever you can. 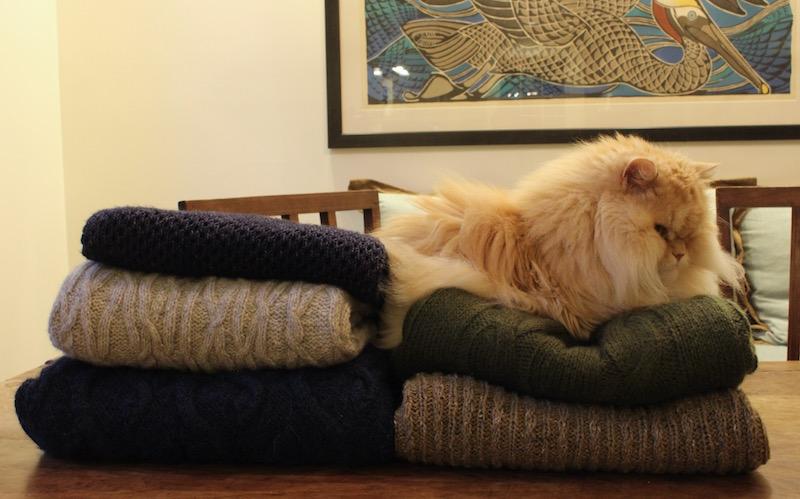 He was really, really good at landing on the handknits. He understood.

A Visit with Ann Weaver
29 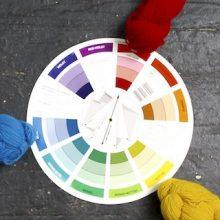 How To
Color: A Cheerful Guide for Knitters, Part II
28 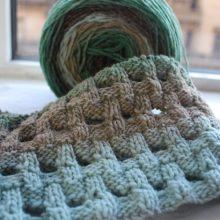 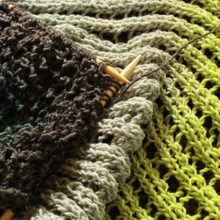 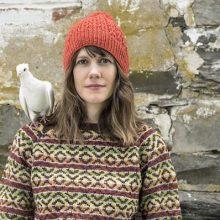