Tips on Knitting Cowls in the Round

When I say “cowls in the round,” I mean only one cowl, my beloved Honey Cowl. I have lost count of how many Honey Cowls I have knit. There is always someone who wants one, or wants another one. They are the perfect combination of style and practicality in the handknit accessory category. 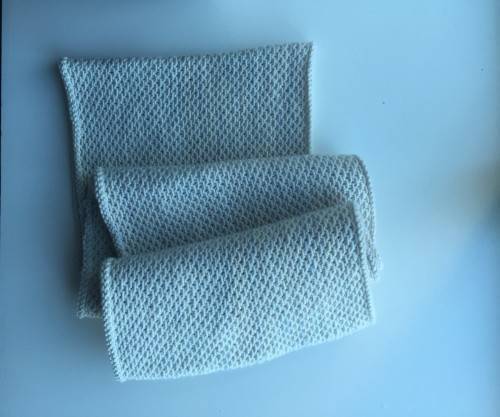 There is nothing very challenging about knitting a Honey Cowl–it’s a 2-row pattern and one of those two rows is plain knitting. There are a few tricks, however, and these tricks are common to any large piece knit in the round. In making dozens of Honey Cowls, I have learned ways of handling these tricky bits, and I’m sharing them here.

Tricky Bit Number One: Casting on Hundreds of Stitches

When using a DK weight yarn for a Honey Cowl (typically MadelineTosh DK), I cast on 260 stitches (instead of the 220 prescribed by the pattern). I like a long Honey Cowl,  for ease of wrapping (never too snug around the neck), and when unwrapped, to hang low enough not to be in my way.  The Honey Cowl pictured here, in a lovely sportweight Camellia Fiber Company Merino Sport  (made in your own Davidson County, Tennessee), is 300 stitches to compensate for the smaller gauge.

I cast on using the long tail cast-on but here’s the rub:  how long should the tail be?  No matter how much yarn I reel off for the tail, there is the chance that I’ll get 250 of those 260 stitches cast on, and run out of yarn.

One way of dealing with this is to cast on 20 stitches, and measure how much tail yarn that took, and multiply it by 13 and then measure out that much yarn. I don’t have a lot of enthusiasm for all that measuring.

Another way is to estimate: a foot of yarn for 20 stitches in worsted weight (as advised on this video for the long tail cast-on). That one also requires a fair amount of measuring (“you really want to round up”), and it’s too guessy for my liking.

A few years ago, Annie Modesitt taught me the answer. The answer is:  TWO TAILS. Take two ends of the yarn you’re using, either from 2 balls of yarn, or from both the beginning and end of a center-pull ball. Using both strands held together, make a slip knot and place it on your needle. Then do the long tail cast-on exactly as normal, using the two strands. Do not count the slip knot as a stitch. When you’re done casting on, undo the slip knot and cut the “tail” strand of yarn. Now start knitting with the remaining strand of yarn. (Yes, this gives you 2 more ends to weave in. Stop whining. You’ve just been spared the agony of running out of yarn.)

For visuals on this method, check out out this handy tutorial by Julie Weisenberger of cocoknits.

It’s so easy, and so obvious once you know it. Thank you, Annie! Thank you, Julie! 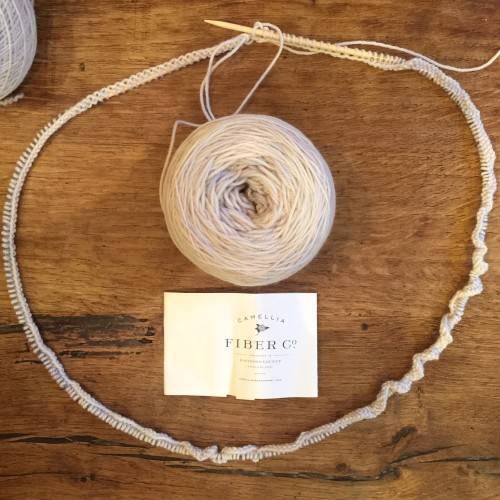 Tricky Bit Number Two: Being Careful Not To Twist

Once you’ve cast on, you’re ready to cruise right into your Honey Cowl (or circular knit of choice). But there’s another obstacle to the blissed-out mindless knitting you crave: you must join all those stitches into a round without twisting them. Woe betide the knitter who is an inch (or more!) into Honey Cowl territory before realizing there is a twist in the stitches! It would be better never to have been born! (Not really. But it’s annoying.) I used to do it a lot, perhaps every third Honey Cowl. But over time, I learned to get it right. Here are some strategies: 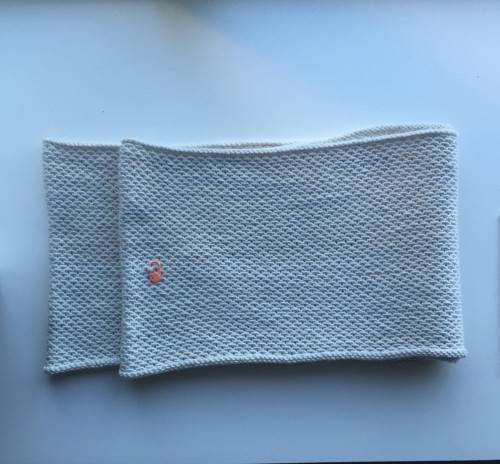 The long version of the Honey Cowl requires two skeins of yarn. You make the cowl as wide as you like, and I like to make them as wide as my yarn will permit. As that second ball dwindles, how do you know when it’s time to stop the main pattern, and start that roll of stockinette edging?  It wouldn’t be the end of the world to run out of yarn before the edging was done–you’d just have to rip the last repeat or two of the pattern and re-knit the edging, but who needs that aggravation?

To know when it’s quitting time, place a locking marker on the last round completed with the first skein. Then, count how many repeats of the pattern you’ve completed. That is how many repeats of the pattern you need to knit before starting the roll edge. (Needless to say, this logic applies to other situations where you are trying to get the most out of the yarn available.) 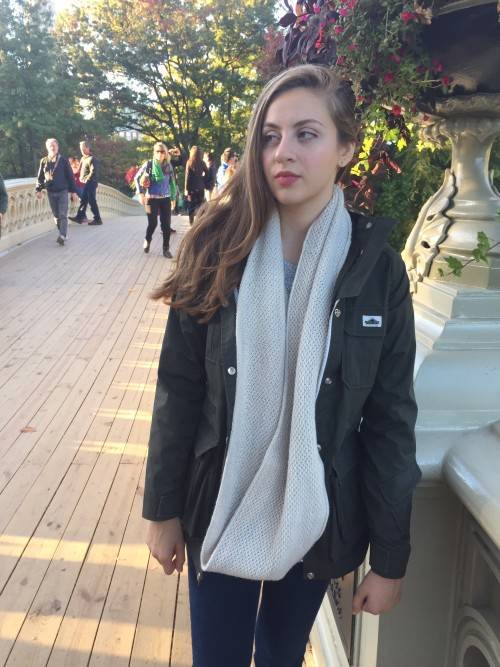 When you’re done, you have another Honey Cowl (or circular cowl of your choice). This is my latest, for niece Maggie (currently residing in Davidson County, Tennessee), modeled by my in-house knitwear model, who has returned in-house for a week of Fall Interruption (she calls it Fall Break). Maggie picked out the yarn herself at your own local, Craft South. 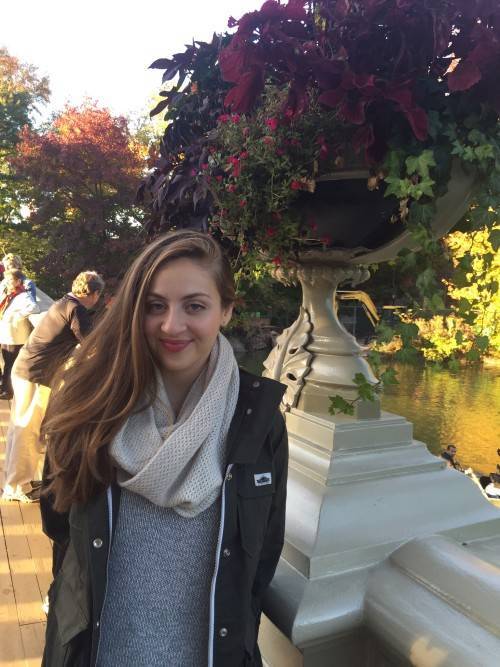 How To
3 Quick Tricks for Tidy Socks
12 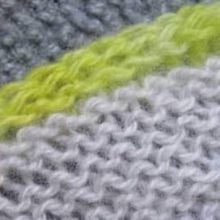 How To
A Fine I-Cord Edging
4 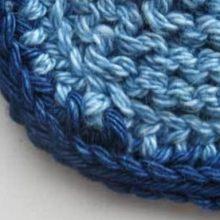 How To
Applied I-Cord: Turning a Corner
4

How To
Getting A Buttonhole Band Right
1

How To
Making Cables without a Cable Needle