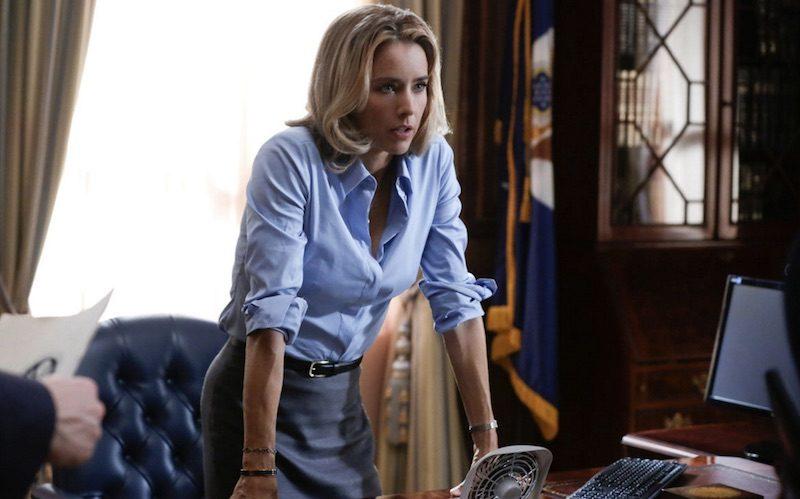 Now that reality TV and reality have merged into one sulphurous stew, I’m heading off to watch a fantasy. Madam Secretary is back for a new season of White House intrigue where the players are rational, literate, and thoughtful.

Some people like fantasy at a grand scale. Game of Thrones. Outlander. My favorite fantasy shows tend to be smaller scale, with no CGI or casts of thousands. Give me a scenario with believable characters facing into impossible problems, and I’m in. Bloodline. Broadchurch. The Night Manager. The Americans.

For anybody who loved the fantasyland that was The West Wing, Tea Leoni’s performance as a brainy Secretary of State continues the tradition of TV as parallel universe. She can do a desk-lean fraught with meaning. She is a walking advertisement for Theory clothing.

There’s a lot of over-the-top stuff hidden beneath the premise, so that makes it even better.

A sturdy diner mug with a message that can get you to the other side of intarsia.