Go Ahead and Color Your Fair Isle Chart

When I’d made it through the first 44-row repeat of Jade Starmore’s Glenesk pullover, aka My Constant Companion, I started to look forward to a conference call with uncommon enthusiasm. Keep talking, everybody! I’m busting on this thing. 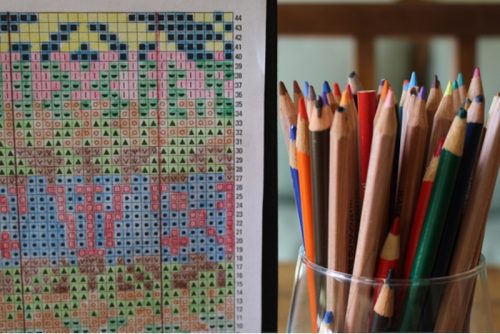 After that first repeat, my chart arrived at its optimum level of usefulness. It looked like a coloring book for knitters. 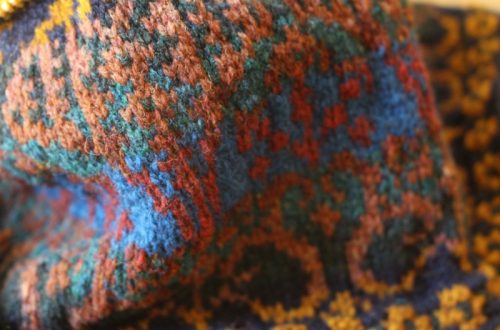 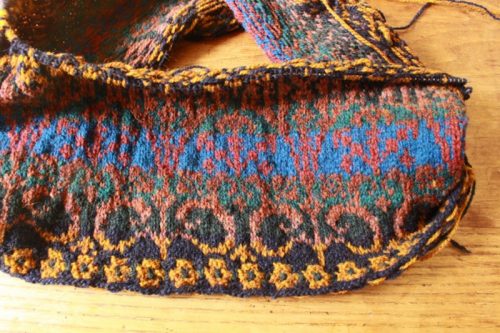 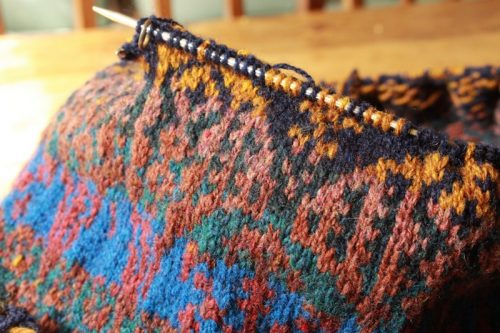