Finally! A Textile for the Entry Table

A few months ago, I finally did a simple something that I have meant to do since 2006, which is: procure a surface upon which I could set a lamp in the entryway of the apartment.

For nearly ten years, the entryway sat there, bereft of a spot to put a bunch of flowers or sit down and take off your shoes, or otherwise feel Warmly Welcomed into our abode. After a while, it simply fell off my to-do list. Entryway amenities were for people in Apartment Therapy, not for me. But something got into me last fall, and I got a Piece of Furniture, which was followed in short order (three months) by a Small Lamp. 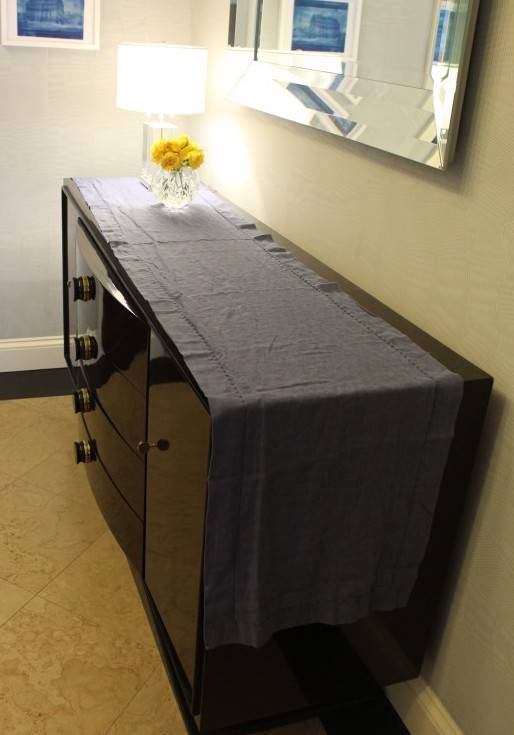 Imprinted at an early age by Most Moisturized Mom, I am unable to tolerate an unprotected wood finish, so I covered the top with a droopy schmattah. But something was missing, and that something was a handknit. I remembered the Via Veneto Table Runner that Cristina Shiffman designed for our second book, Mason-Dixon Knitting Outside the Lines, and knew that my table runner moment had arrived. Finally! 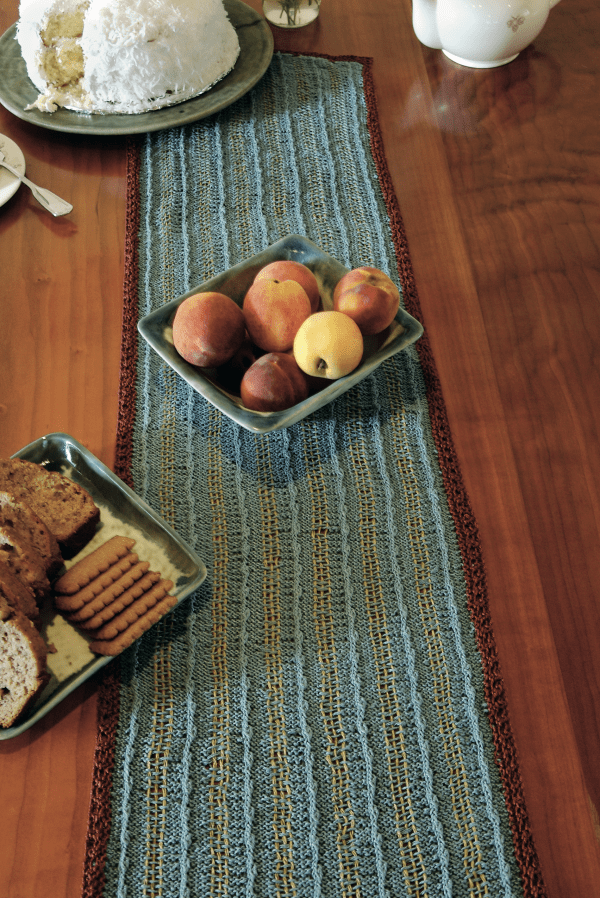 (Photo by Gale Zucker. We ate up the cake five minutes after this photo was taken.)

I wonder where that sample has gotten to? Ah well, it wouldn’t be long enough anyway. I’m so happy to see this pattern again. I love the ridgy texture, and the way it looks woven (because it is, actually, in spots). It kicks the dresser scarf notion several centuries forward.

I’m looking at the bountiful shade card of one of our all-time favorite desert island yarns, Louet Euroflax Sportweight Linen. The color choices alone should keep me occupied for some time.