We have long believed that toast may be the ultimate delivery system for all the delicious things that need a landing zone. MDK readers, unsurprisingly, provide a lot of ideas.

QUINN  Butter. And lots of it.

KATHY H  My go to toast these days is a slice of sprouted wheat bread with half an avocado smashed on top. Some pepper and sliced tomatoes are great on top.

LAUREN  Hub prefers to go British once in a while and does beans on toast. That would be baked, but we can’t find the blue label Heinz beans here so he has to make a substitution. He went quite native in Scotland on a business trip and also took to putting a slug of scotch in his oatmeal every morning. He really liked Scotland.

SQUAREMARY  The best thing on toast is sugar and cinnamon. Lately is Wow butter, which is like peanut butter but made with soy beans, topped with sliced banana. Pretty yummy, really.

VIRGINIA  Pimiento cheese on toast is one of life’s true pleasures.

ROBIN  Just yesterday I had tehina and honey on toast for the very first time. It won’t be the last.

NELL  My favorite has been nutty bread toasted, topped with a slather of cream cheese with a bit of cherry preserves. (Sweetly reminiscent of my dear grandfather’s favorite, cherry-o-cream cheese pie.)

CLAUDIA  If you want to cross over into more of the sandwich category, there is nothing better than a peanut butter and bacon sandwich. Mmmm, melty peanut butter on the toast, topped with a couple crispy strips of bacon. That there is heaven on toast.

RACHEL  If the bread is homemade and you have a little butter to go on it, you don’t need all that other stuff to make it sublime. I believe the term is “gilding the lily.” That being said, butter and honey on homemade bread is pretty danged good, too.

KAREN  Toast! Ah, the glories of toast! The first gift that my sweetheart gave me was a toaster. A lesser woman might have kicked him to the curb for that but it just made me love him more.

KT  Swallows hard, bares soul: Crunchy peanut butter then rooster sauce (Sambal—the one with seeds) (not Sriracha—it’s too sweet for this application) then a sprinkling of kosher salt.

KATEMET  A bit off-topic, but my household has a strong disagreement over a breakfast sandwich. Two pieces of toast, buttered, then one peanut buttered, the other jellied/jammed, with a scrambled egg between. Is this a fine thing for a person to decide to eat or the worst thing ever?

JUNGLEWIFE  I love honey toast. My way is to toast a piece (or three!) of bread, then wait a minute or two so that the toast isn’t too hot when you slather liberally with butter. The point of this is to leave some of the butter unmelted on the toast. Immediately top with honey to make sure that all the butter isn’t melted. Let it soak in a bit before you eat it. You get a wonderful soft, crunchy, salty, sweet treat. The honey and butter crystallize a bit on top of the toast when you let it sit and it is oh so delicious.

CHARLOTTE RAINS DIXON  Either plain butter and lots of it, or butter and sugar and cinnamon. Either will do just fine. Alas, I’ve not had toast in ages, my loss. My daughter loves toast so much she requested a toast bar for her wedding shower. Her best friend happily obliged her.

SARAH  Our family trick with toast: toast the bread, slather with butter, heap cinnamon sugar on top. Mountains of it. Then tip back into the jar any dry cinnamon sugar that is not held on by the butter on the toast. Yum. Especially good with homemade sourdough bread.

JANA  Susan, if you’re interested in trying to make marmalade, I can recommend Barefoot Contessa’s orange marmalade recipe. You can find it at FoodNetwork.com. I made a batch last fall, and it was really yummy. I’m not experienced at making jelly or preserves, and I thought it was pretty easy to make. (I did have to cook it down longer than the recipe said.)

SANDYG  Mmmm, toast. Real butter and cherry preserves—that’s my go-to. Occasionally peach preserves to change it up a little. My hubs bought me a 2-slice Viking toaster. I loved that Viking toaster. It weighed a ton, and the slider went up and down with the smooth, solid feel like closing the door of a Mercedes-Benz sedan. It finally died, and we discovered Viking had discontinued making toasters. Sad day, we gave it a suitable Viking funeral in the trash bin. I may still try to find another one on eBay.

ELIZABETH  Well don’t laugh—avocado toast at a place on the Embarcadero in San Francisco. Given all the YELP ++++ reviews, I had to try it. It was great.

AMANDA  All toast in my apartment starts with some kind of crusty, semi-artisanal bread (either homemade or from the supermarket bakery; Wonder bread and the like shall ne’er to cross my threshold) and unsalted butter. Toppings: just plain butter. Strawberry jam. Brie. Strawberry jam and brie. Soft, cheesy, scrambled eggs. Fresh mozzarella. Fresh mozzarella and prosciutto.

ANNE  Ahh, toast. Many a morning breakfast consists of coffee and toast with butter and jelly. My favorite is toast made from the No-Knead Bread (I substitute one cup of whole wheat flour for one of the white flour) and plum jam, which is surprisingly hard to find.

JUDY  When I was a child (millennia ago), my mother regularly bought something that came in a tub, called Honey-Butter-Cinnamon. (I have just learned that that is an ethopoeic term.) We three kids would go through that tub in moments, heaping it on our toast. Best toast topping ever.

SUE J  Being an Aussie, I can’t go past Vegemite as my go to toast topper. Being an Aussie in North Carolina means making the 45-minute trek to World Market in a nearby town. It is worth the drive!

NAPAGAL.CLARE  I am guilty of the tahini thing. This morning it was a grainy walnut-cranberry bread, toasted, then drizzled with tahini and topped off with banana mashed with a fork. It is my go-to breakfast these days.

AK  My favorite thing on a piece of toast is a soft boiled egg or two. I take a slice of well done toast (usually sour dough), tear it up into a small bowl. Then add soft boiled eggs (with runny yolks) on top, and season with pepper.

CONNIE  Lately, I really love smashed avocado on toast, preferably made on Dave’s Killer Bread, which used to be a Northwest thing, but now can be found all across the country.

TRACY  Not toast, but my aunts on Lookout Mountain, Tennessee, used to make the best biscuits, and then they would mix honey and butter and spread on them. Heaven!

TONIVANB  Here’s the thing: I don’t like my toast too toasty. Crusty on the outside but warm and kinda chewy still on the inside. None of that weapons-grade hard bread for me.

PDXKNITTERATI/MICHELE  My usual go to on toast is avocado sprinkled with chia seeds, sea salt, pepper, cumin. It’s the cumin that really makes it perfect. And sometimes a fried egg.

JENNIFWE  My husband would like to have a food truck called “Just Toast.”

DIANE P  One of my favorites is a good old Weight Watchers stalwart from the ’80s: cottage cheese with cinnamon and sugar heated in a toaster oven. It was supposed to be like cheesecake. It wasn’t even close, but it is still something I crave.

DUSA  Toast well done (usually on the bagel setting of my toaster), left to cool/dry/crisp up a bit, spread with butter, and then dunked in hot chocolate. The tiny skim of residual melted butter on the surface of the hot chocolate? Le sigh . . .

KRISTI  Two members of my household insist (and one could subsist) on toasted Sunmaid raisin bread spread with Skippy SuperChunk peanut butter, topped with banana slices (9 per toast). I reckon I have made more than 15,000 slices of toast in this manner. The fact that you can’t have a toaster in your dorm room has not been easy.

Deb Perlman at Smitten Kitchen is the toast expert though—she makes MEALS out of toast. If I’m feeling lazy and decadent, I’ll make one of her toast recipes for dinner.

ELLEN  Hummus and summer tomatoes, fancy finishing salt if you have some. Good jam and cheese. Lots of butter, them pop it in a bowl and pour warm milk over it. Mushrooms sautéed in massive amounts of butter. Everything is better on toast! 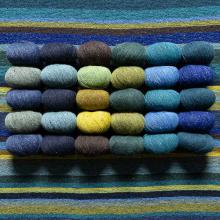 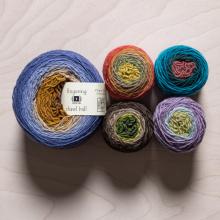