Although the sewing and the woading and the flea marketing kept me busy on my travels, I also kept knitting. I was working on another Metronome, the pattern so nice I knit it twice. I felt a little guilty for casting on Metronome Numéro Deux when my first one was lying there with its ends unwoven and its fabric unblocked. Sad! My punishment was that I could really have used a nice cotton-y wrap on my trip, but it had stayed home. 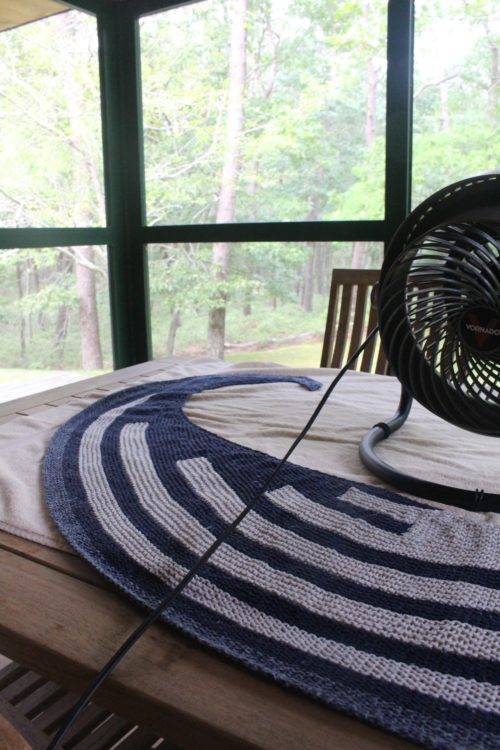 The fan did not seem to be speeding things up, since the air it was circulating was 69 percent water, but the breeze felt good.. 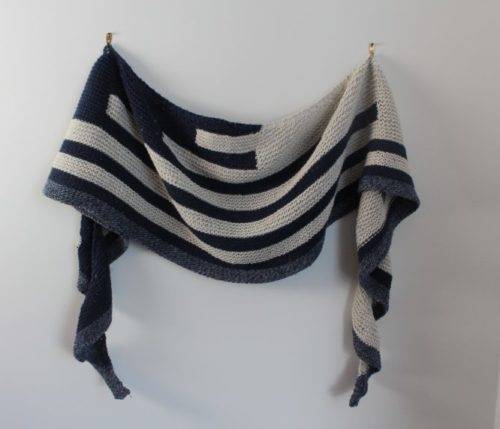 Eventually, my Metronome dried out, and was the better for its dampening. 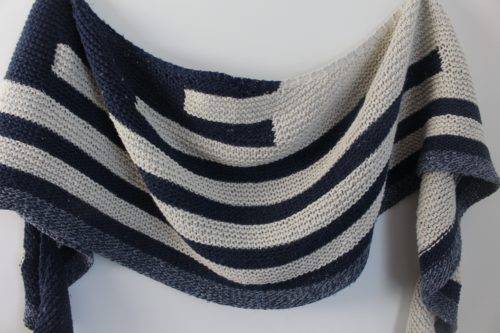 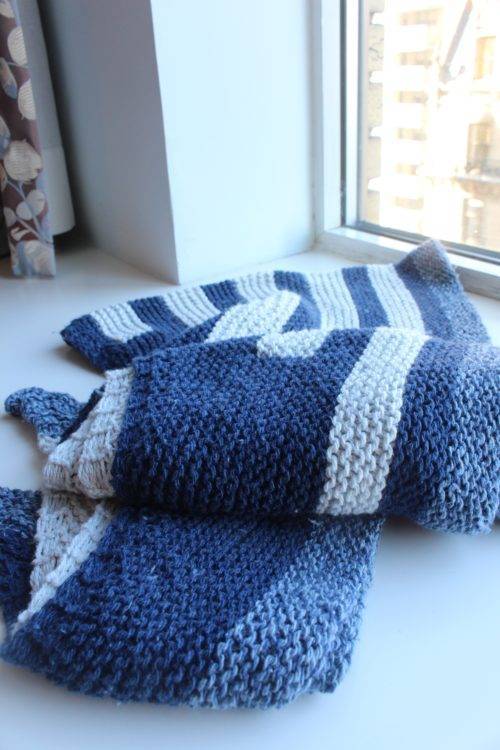 The KonMari fan in me is worried by crescent-shaped shawls. How exactly are you supposed to fold them? Or as KonMari would put it, how do they want to be folded? I am waiting for my Metronome to tell me. 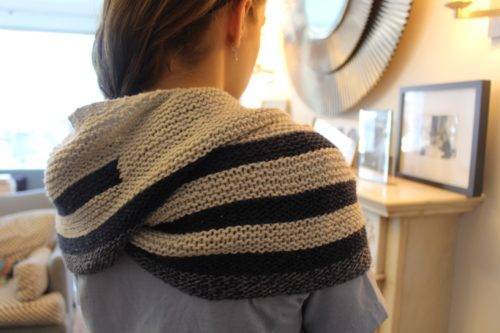 Right now it wants to hang on picture hooks, or around Carrie’s neck.

Knitters’ response to Emily Ringelman’s predicament has been so uplifting. I have not been able to stop thinking about the situation in Baton Rouge. I know that many people feel that the news coverage of the disaster has not been what it should be in light of the terrible damage suffered there. As a New Yorker, I cannot help comparing it to the coverage of Storm Sandy in 2011–and by that measure it certainly falls short.

Over the weekend, I listened to this NPR piece on nurse Trinice Rose, who lost everything in Katrina. Now the Baton Rouge home that was her family’s haven from that disaster has been ruined. Her story is heartbreaking, and inspiring; so much strength in hardship.

New Orleanian Amisha Sharma is a knitter, sewist, lawyer and photographer. Baton Rouge is Amisha’s hometown, and she has been collecting handmade pillowcases and money for pillows to distribute in Baton Rouge. She’s also raising funds by doing family photo sessions, on film. (Old school film!) 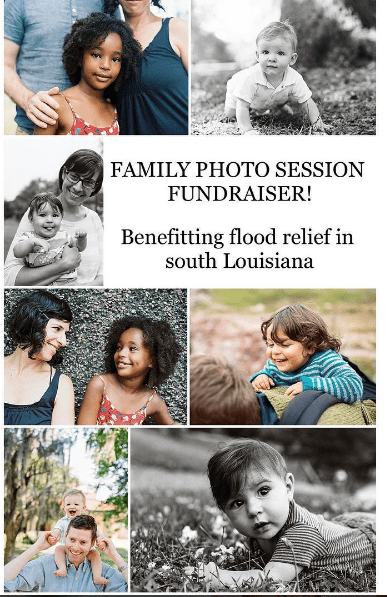 For details on both of these projects, see Amisha’s Instagram; you can leave her a comment there. A photographer here on the Upper West Side did similar fundraisers after both Katrina and Sandy; she not only raised a sizeable chunk of relief money, but also, thanks to her I have photos of my boy in his last moments of being the smallest of four cousins. (He’s now the tallest. Sigh.)

I asked Amisha for some other ways to help, and here was her response:

I’ve been polling community organizer friends in Baton Rouge for good places to donate cash, and there are a few places and causes that I’m partial to as well.  There are a couple of GoFundMe campaigns that I have heard about that seem great:
This one for North Baton Rouge (this is the historically black part of town that is not getting much press);
And this one for public defenders.
There is also an organization called Together Baton Rouge which is made up of community organizers and faith leaders and they are using donations to directly purchase needed goods for families.
And finally, the United Way which is working with a lot of community groups too.
Thanks, Amisha, for these suggestions on how to help.
Love,
Kay
18 Comments