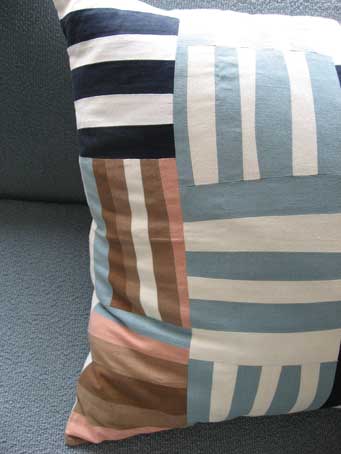 Dear Ann,
I rarely suffer from any serious malaise in my knitting. There is always something to knit that is much better than what I am knitting now, and I am generally racing as fast as I can, jettisoning UFOs to the left of me, WIPs to my right–to get to the promised land of the next cast-on. Except for lately. Last night I was invited to a cozy Knit Nite at a friend’s and I didn’t have a project to take with me. Not so much as a scruffy dishrag in my knitting bag. Plenty of UFOs not suitable for public viewing, but not a thing to just sit and knit away on whilst sipping prosecco and inhaling green tea ice cream. A sorry state of affairs.
But you know I wouldn’t be making such a sordid confession if things had not righted themselves, and they have righted themselves in a big way. I’m on fire. Here’s how the soul salvation occurred. 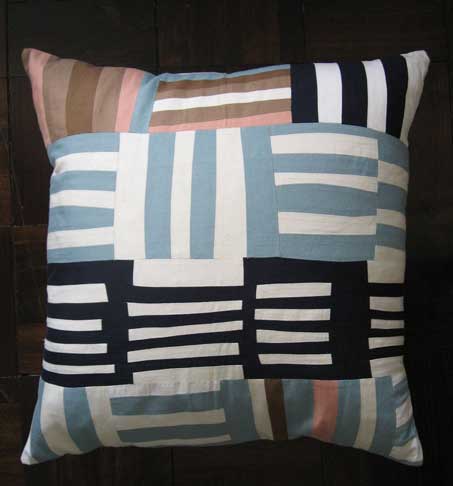 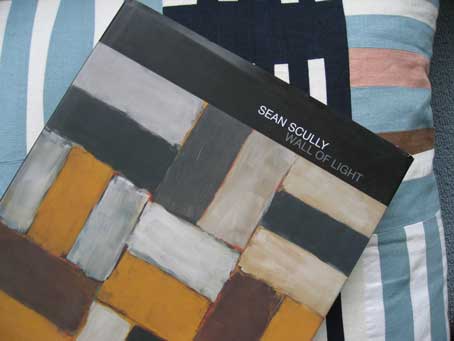 Revelation Step 2: This book made me remember how much I love Sean Scully’s paintings. I saw them almost accidentally at the Metropolitan Museum last year. The large oils have layers and layers of paint, an effect which does not come through in photographs. They glow like laquer, but with more texture. It is kind of scary to be alone in a gallery with one of these paintings–there is a feeling of awe. Some of the large canvases have separate small canvases set into them, which is terribly exciting to me all by itself. There is an obvious connection to knitting and quilting, no? Sean Scully started painting stripes when he saw striped fabrics in Morocco in the 70s. Been painting stripes ever since. 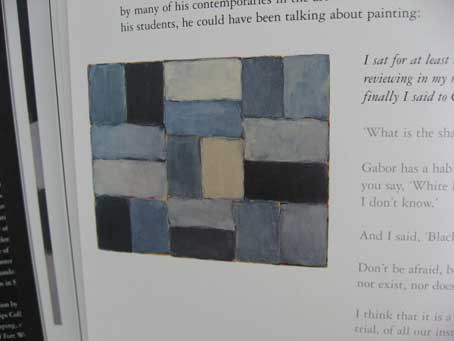 I do not aspire to do them justice. 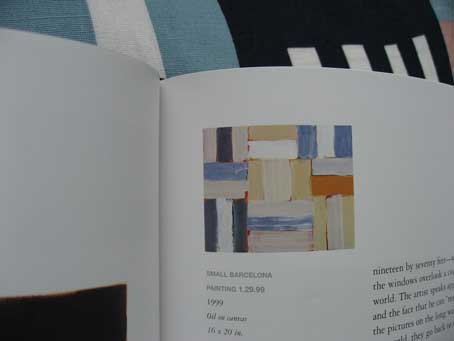 But I’m going to try real hard not to do them injustice. 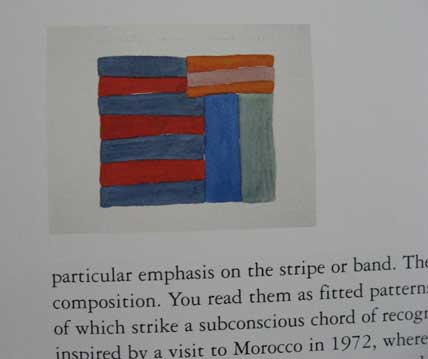 I have to knit something based on this cushion and these paintings. I think it needs to be a blanket. I have some plane and train travel ahead of me in early May, so I want to construct it in portable pieces. I want it to be reversible in that there will not be a clear wrong or right side. I want it to be linen because I like the luxury–the hedonism really–of linen in a dense garter stitch that really drapes. (I know the distressed blues are screaming “DENIM!” but I can’t stop thinking linen.) I’m in the early cook-up phases of thinking how to do the seams so they don’t look too wrong-sidey. Right now I’m hot on i-cord, but this decision is a long way down the path from where I am today.
Does anybody know of a good how-to on doing short-row stripes whilst keeping the edges parallel? I don’t want the stripes to be perfectly straight.
I’ll keep you posted of course.
Love,
Kay
PS It goes without saying that I’ve been checking the Oliver’s Fund blanket auction listing every 5 minutes or so. So exciting! I think Oprah will be bidding by the end of the weekend. (Yes She Can!) Many thanks to all the lovely anonymous bidders with weird eBay names! Love you guys!