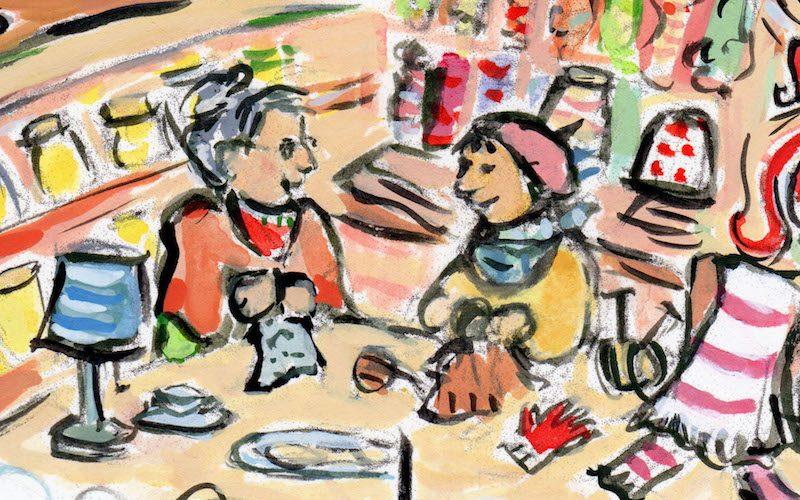 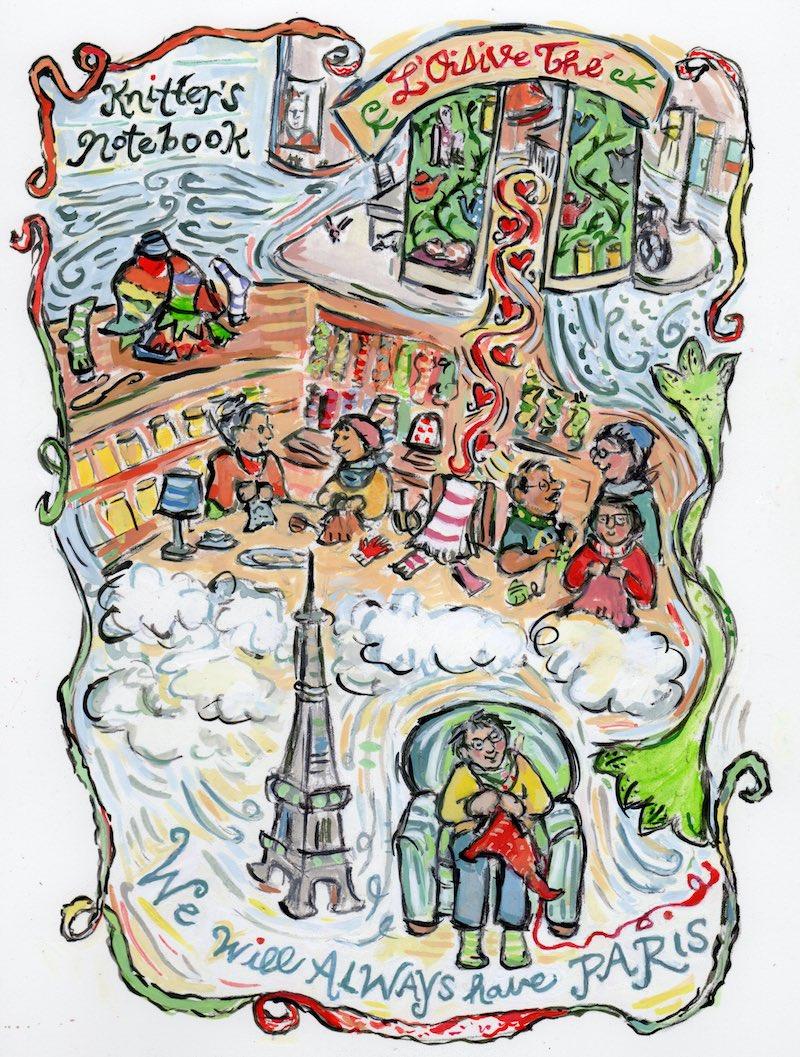 For decades, motherhood and work had kept me rooted; I logged my miles in my living room. Now we were empty nesters. About the time the last tuition bill was paid, we received another invitation to visit Paris from my husband’s friend Yves. This time we said “Yes!”

We stayed with Yves in his neighborhood of cheese shops, hair salons, and bakeries; around the corner from a church.

Where were the yarn stores? I took my knitting out on the Metro, flashing a signal. Yoo hoo! Hello, any knitters out there?

The days went by quickly. We marveled at the Picasso Museum with its wall of etching plates and the press that printed them. We delighted at discovering the Doll Museum, and the French character, Bécassine. Yves, a newly appointed museum director, did not know of any yarn stores, but he did take us to a Buddhist shrine in a parking ramp, and arranged for a guided graffiti tour. We waited in the rain at the Louvre and watched a thousand selfie sticks capture the Mona Lisa.

We stopped often for pastry and coffee. We stumbled on a tiny yarn store in a posh neighborhood. At Le Bon Marché department store, I found a small knitting section, reminding me of the one at Macy’s in Colonie Mall when I was growing up. I had a hefty stash of knitterly goods; there wasn’t anything I needed. What was I looking for?

I bought bright red lipstick and almost wore it. At the Citroën shop, much to the staff’s amazement, we slid down the slide. At their suggestion, we visited a Citroën dealership, where my husband sat behind the wheel of the latest model. I captured his smile for posterity. That alone might have made our whole Paris adventure worthwhile. Still, I longed for something else in that gritty, beautiful city of culture and fashion.

Where were the knitters? Where was the cozy French yarnery, the woolly answer to  to Shakespeare and Company? I had almost given up. Looking back, I could have asked on Facebook, but it never occurred to me. Instead, I continued Googling possibilities.

“No one in Paris is knitting,” I told my husband, waiting for some sympathy, some understanding. After all, we had spent an afternoon with Citroëns.

So I tried again. As luck would have it, as it sometimes does when one is searching, I struck a promising hit, L’Oisive Thé.

“Where is it?” he asked. We were trying to plan our route for the next day.

I checked twice. Could it be?

“It’s right around the corner.” 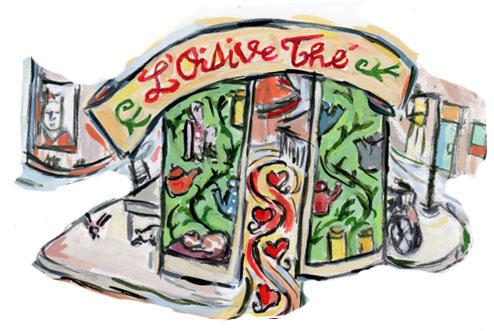 We had passed L’Oisive Thé every day. It was hiding in plain sight, on our path to the Metro. I may have even commented on the mural outside.

“They serve breakfast,” I told him.

The next morning, we sat amid shelves of hand-dyed skeins and the familiar conversation of knitters. I could not have imagined a cozier gathering, cushioned with the comfort of tea and wool. I was home. It didn’t take long to meet the crew of regulars and to reserve a place for their Wednesday night knitter’s dinner. I could hardly wait.

Finally, it was Wednesday. For the first time in Paris, I was out without my husband. I brought a pair of gloves to work on. Mostly, though, I talked to knitters, some of whom  I remembered from our breakfast. All through dinner, I admired lace and entrelac, socks, and sweaters. A dressmaker’s form was draped with an array of shawls. I tried on every one.

I bought the latest Pom Pom magazine, a skein of a surprisingly lively ecru wool, and a pattern for a cowl with a little oh, la la. I consulted about my choices with Aimée, the owner, a hand dyer whose color sensibility radiated throughout the store.

L’Oisive Thé knitters were the most adventurous and skilled knitters I have ever met. As the evening ended, I said my goodbyes and walked back to Yves’s. 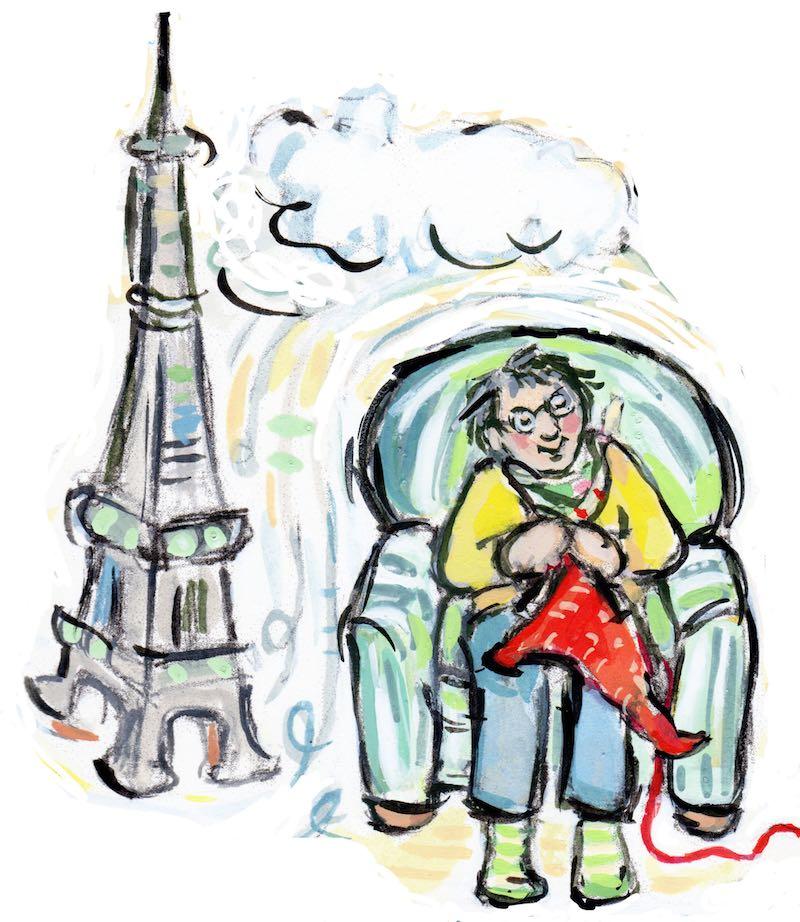 A few years have gone by, and while preparing for this story, I looked again at my pictures from that evening. My favorite is one where knitters joyously raised their needles and knitting to the camera.

“We will always have Paris,” my husband likes to remind me. Usually in the middle of winter when we are almost housebound by the fierce cold on the prairie.

He’s right. But for me, there’s more. I will always have L’Oisive Thé.

Editors’ Note: In the time since Michelle’s visit to Paris, Aimée Gille has opened another yarn shop in the 13th arrondissement of Paris, La Bien Aimée. It’s not far from L’Oisive Thé, which is still going strong. 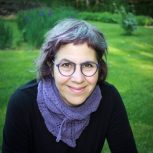 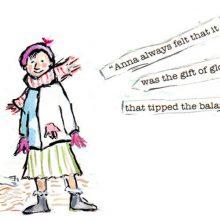 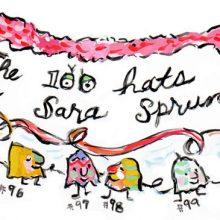 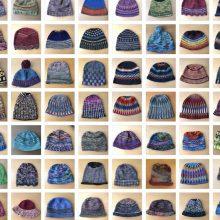 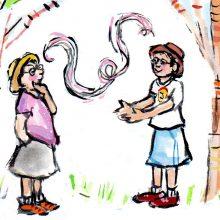 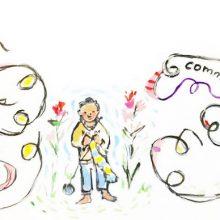 Knitter’s Notebook: Portrait of a Knitter
56 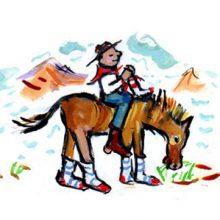 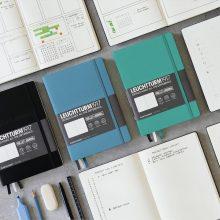 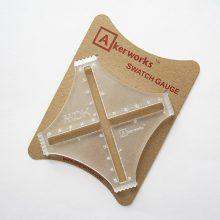 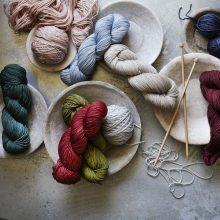