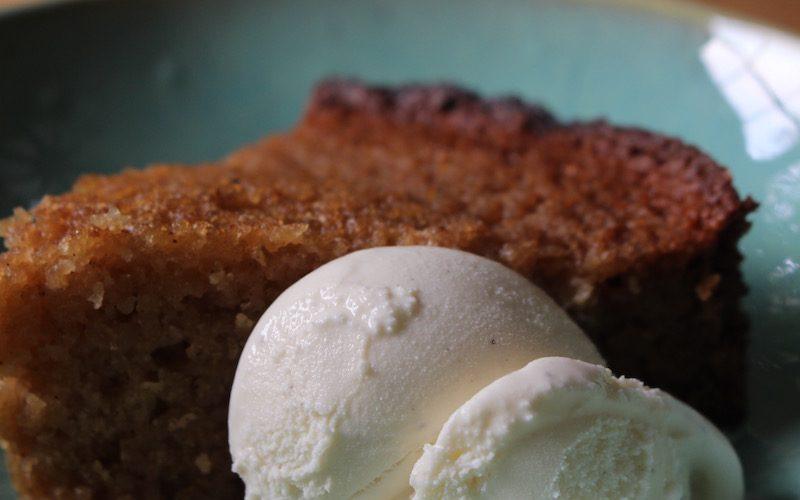 My son recently returned home from a campout, laden with muddy laundry, outdoor horror stories, and a recipe for a fireside delicacy known as Dump Cake, cooked in a Dutch oven on a bed of coals. My first thought was to praise heaven for the flu that spared me from that campout. My second thought was, if you can make cake in a cast-iron pot, can you do it in a slow cooker?

Can You Do It in a Slow Cooker?

We on the Slow Cooker Odyssey know that anything that can be cooked can be slow-cooked, but we also know that just because we can do something doesn’t mean we should. (Repeat after me: Just because we can eat a sleeve of Thin Mints in one sitting . . .) So, I asked myself: what would be the advantage of slow-cooking a cake?

No sooner had I posed the question than my sister-in-law answered it. She and I were hosting an engagement party for a beloved nephew, and we needed dessert for fifty. As a thoughtful nod to the Slow Cooker Odyssey, she suggested we enlist my Hamilton Beach to cook a cake. I pointed out that, while HB is indeed a mensch, he’s not exactly up to feeding such masses. But my SIL quickly drafted slow reinforcements, including her other SIL’s Cuisinart and my mom’s classic avocado-green Rival Crock-Pot.

We placed the three vessels throughout the downstairs, which made the house look vaguely like the final hours of an estate sale, while providing invaluable ice-breakers for soon-to-be-kin strangers, who, when they ran out of small talk, could at least say, “Is that cake?! In a slow cooker?! What kind of family is this?!”

An hour before go-time, we poured in the batter and resumed our last-minute hostess chores. We never touched the slow cookers again, except to turn them off.

When the future bride and groom arrived, warm cinnamon and ginger welcomed them at the door. 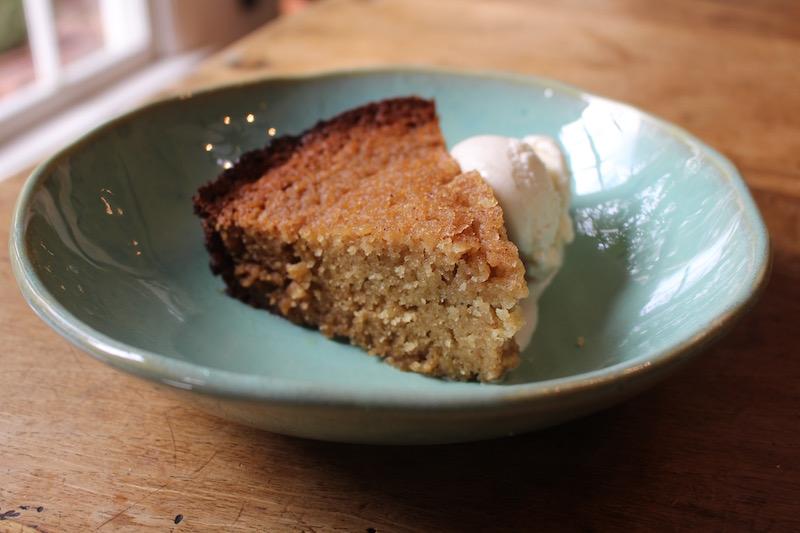 After dinner, guests helped themselves to piping-hot dessert throughout the house, which provided dramatic flourish—with zero drama.

Working with a fleet of different slow cookers offered valuable comparisons: A retro round 3.5-quart Rival does not need to cook as long as the newer 5-quart ovals. It yields a deeper cake that is less consistent throughout. (Think crisp edges and molten center.) Finally, we were able to invert the round vessel, to serve cake on a platter, while the shallow oval worked better for scooping.

So, if you want a freestanding cake on a platter, go with the round. But there are times when scooping from the crock makes sense. If you go that route, take full advantage of the technology: Time your slow-cooking so you can lift the lid to a fluffy, steamy confection à la minute. For maximum dazzle, start slow-cooking 1 hour and 40 minutes before serving. 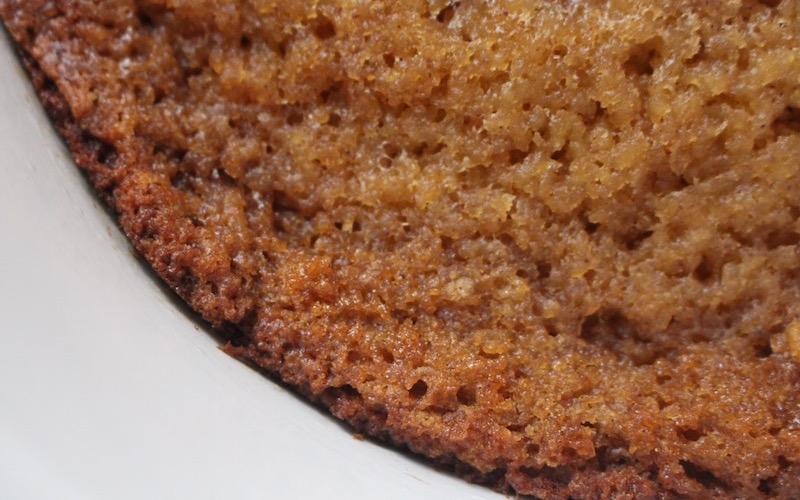 It actually bakes! It is not pale!

Plate with ice cream or whipped cream, with a cherry on top, and even a drizzle of your favorite liqueur.

(When it comes to cherries on the top of desserts or the bottom of cocktails, my SIL and I have diverging theories. She loves the fluorescent-red ones from childhood; I prefer dried Montmorency cherries soaked for a week in Luxardo maraschino liqueur. While this kind of schism could tear a food-and-cocktail-loving family apart, my SIL and I have reached detente. She humors the prissy overkill of my wannabe-hipster cherries. Meanwhile, she is a natural-born cook and beloved restaurateur, who raises chickens at home and organic herbs and vegetables on her restaurant premises, so I respect her nostalgic peccadillo—even though her Day-Glo cherries are weird and totally gross.) 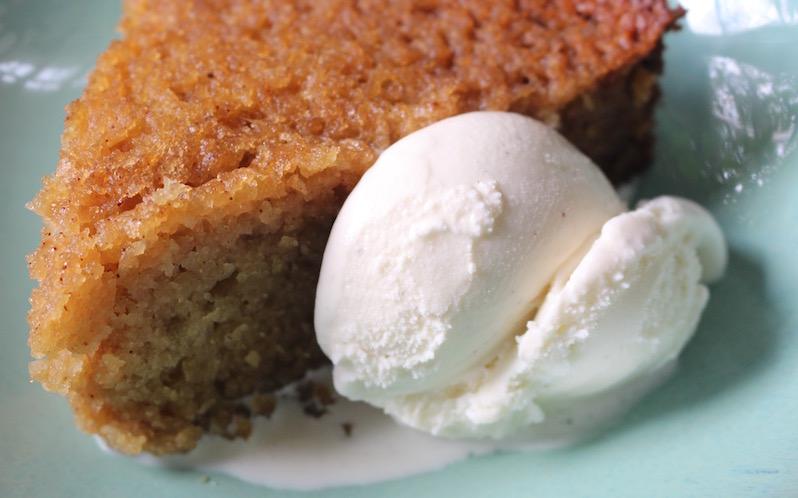 N.B. The recipe works equally well with applesauce from a jar or with equal volume of roasted and pureed apples. We have also used a 15-ounce can of pumpkin. We look forward to substituting roasted-and-pureed sweet potatoes and squashes of all sorts, just to mix things up, because this recipe is so doggone easy, we’ve been preparing it a lot. Feel free to tinker with the spices, by adding nutmeg or allspice, for example.

Coat slow cooker with vegetable oil, turn to “high.” (We use 5-quart Hamilton Beach; cooking times will vary with size.)

2. Beat sugar and butter in large bowl with electric mixer. Add eggs, one at a time, mixing well after each one. Add applesauce, blend well.

3. Gradually add dry ingredients to wet and beat until smooth.

5. Cook on high 1 hour 40 minutes, or until toothpick inserted into center emerges clean.

7. Top with whipped cream or ice cream and a cherry. 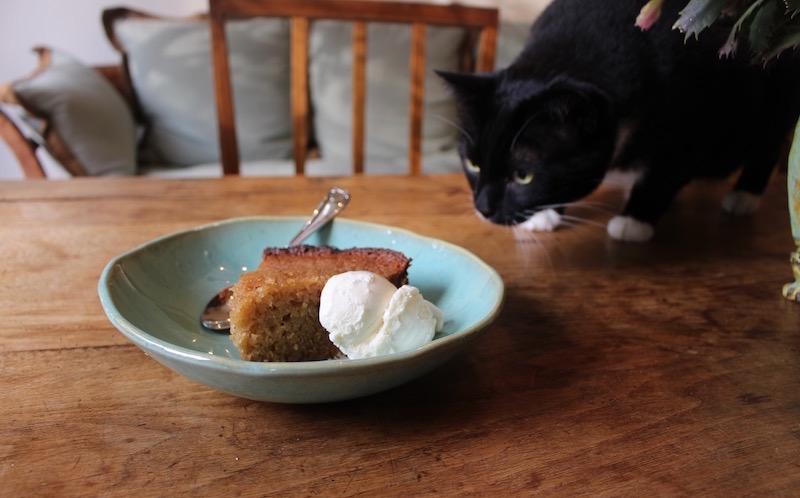 Looking for more slow cooker ideas? Lots of conversation over in The Lounge: “Join the Slow Cooker Odyssey.”

Self-Care: Rumspringa for a Day
113 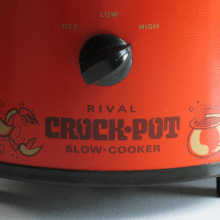 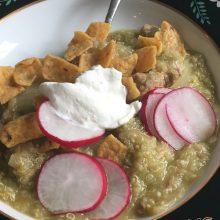 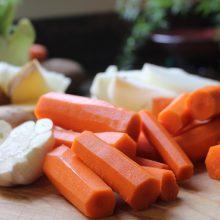 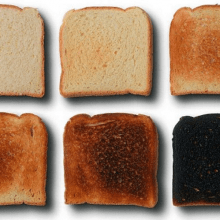