39 Comments
Letters / Out of the Blue

Out of the Blue 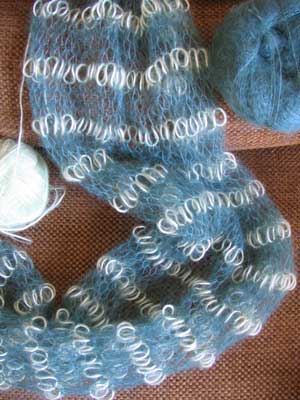 Dear Kay,
Everyone around here has been reeling the past couple of days over the news of a beloved family who has just learned that their little girl is very sick. It’s the kind of thing that hits you in the stomach like a sucker punch. I run into a friend, and we look at each other without a word, both stunned at the news.
Yesterday I took Squeaker to school so that Clif could introduce the guinea pig to his classmates. Squeaker is not what one would call a “good traveler.” Actually, I’m not sure whether Squeaker knows she’s traveling. Actually, I’m not sure what goes on in that bullet-shaped head at all. We’re out on the side steps of the school, and Squeaker is sitting in Clif’s lap under a towel, accepting the (simultaneous) fervent pats of four kindergarteners. It is a cool, bright blue afternoon. It smells incredible, because the Girl Scouts’ daffodils have all bloomed at once, all over the school, and the air is so sweet you can almost eat it. I try not to hover over Clif and his fat pet, but I am worried that Squeaker is going to make a run for it if she figures out that she is no longer in her cage at home. So I sit right beside them, ready to nab the pig if the moment comes.
Squeaker makes a move, scrambling out from her towel. I lean in, get a handful of pig belly, and tuck her back into Clif’s lap. At that moment, I look up, and there’s the mom of the little girl who’s so on our minds. I haven’t seen her since a school event weeks ago, before all this trouble started. She’s in a big hurry, but she leans over the group of children and says, “Clif, I like your guinea pig.” She gives me a quick look and heads up the steps. I can’t believe I’ve seen her, this mom who has been so much on my mind.
I wander through the rest of the afternoon, wishing I could somehow let this woman know how much I’m thinking about her. She’s adrift in people doing stuff for her; everybody is consumed with trying to help when there’s no help to be given. Last night I started making a scarf for her, the fastest scarf I know how to make. This stupid scarf isn’t going to change a thing. But if there’s one thing that a piece of knitting shows very clearly, it’s time. Time spent sitting there putting the stitches on the needle, time I want to give to her. Here, I want to say–here’s some time for you.
Love,
Ann