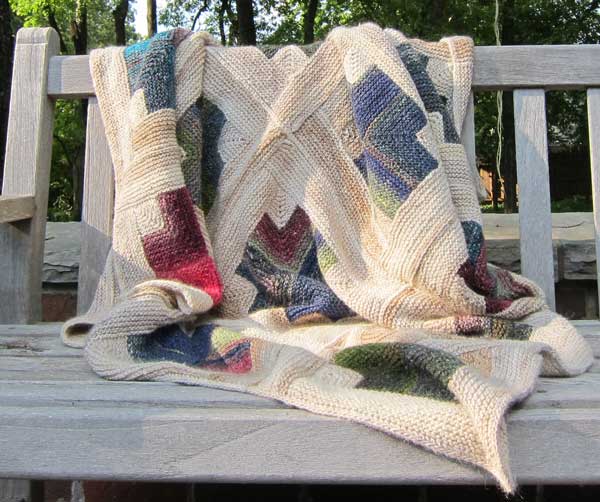 Dear Kay,
I’ve been itching to show you how my Mitered Crosses Blanket turned out.
When last seen, my 16 squares lay forgotten in a bathtub. I was leaving for the summer, thought I should give my squares their bath before I sewed them up, then promptly forgot all about them until I was about to head out the door. 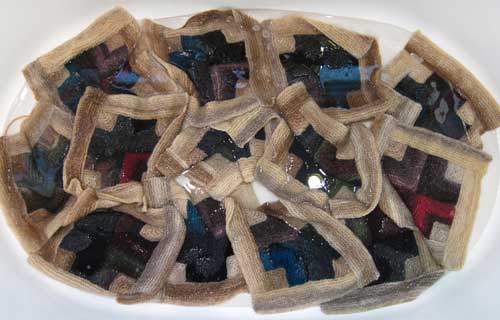 Nothing like taking a road trip with a bunch of damp wool. Like having a herd of sheep in the back seat.
I joined the squares in a full-out OCD fit of three-needle-bindoffing. This did not take half as long as I thought it would. 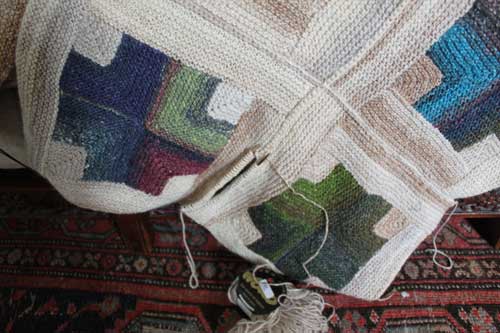 I made the radical and crazy decision to work the bindoff on the FRONT side of the blanket, not the back side. I like the way this bindoff looks, and it seemed to me a sort of Design Feature that would echo the I-cord edging that I hoped someday might magically appear. I was dreading the edging, for some reason. Daunting. 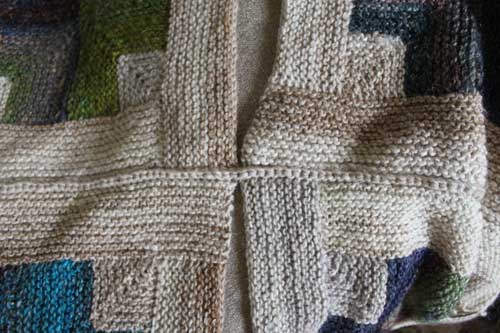 To be clear, here’s what I did: On one circular needle, I picked up along the edges of four squares. On a second circ, I picked up along the edges of four more squares. I lined up the two circs with the squares’ wrong sides facing, and with a third needle I bound off all stitches. Result: one long, uninterrupted seam.
One interesting moment when working this sort of bindoff is what happens once you’ve hooked eight squares together, then get the point that you need to work the perpendicular seam. I wanted all the lines to be as uninterrupted as possible, so at certain points I had to jump behind a line of bindoff in order not to break the flow. 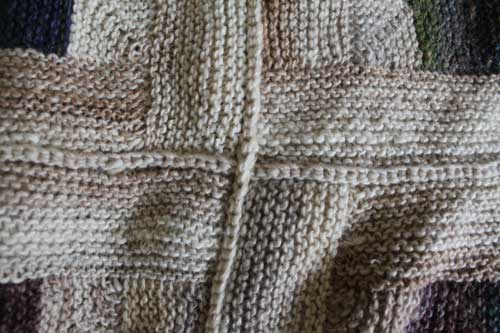 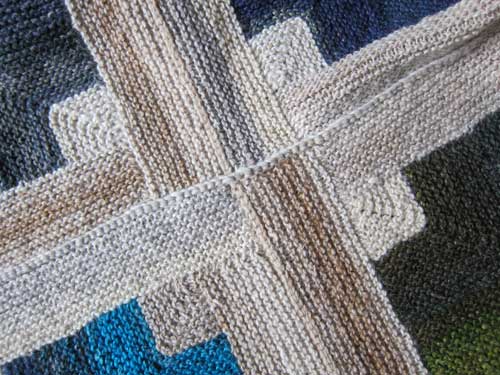 Or something. When you get down into something like this, you start to care about things that don’t actually matter all that much. But that’s why knitting is so great: we’re allowed to stew about crap like this.
The I-cord edging is so insanely satisfying. So square! Hides a world of sin in there. 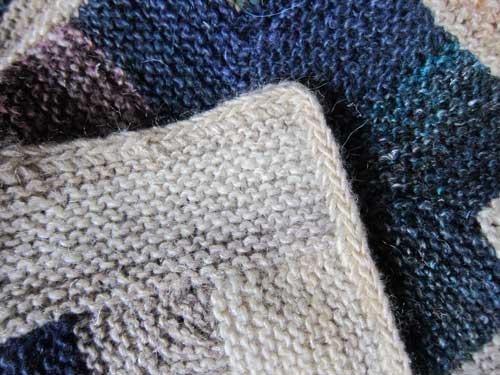 The yarns here are Noro Silk Garden. The crosses are two colorways, 203 and 308 (this has the hot pink in it for those who are hot-pink averse). Background is the sadly discontinued, creamy 269. I confess to using some Noro Kureyon 269 (the wooly cousin to Silk Garden) for the seams.
For those joining us late, this blanket pattern is raising funds for Japan earthquake relief. Here’s an update from Mercy Corps. It’s safe to say that life is not at all back to normal there, so it’s still a cool thing to a) buy this pattern for five bucks, b) make a blanket, and c) wave the blanket around a lot so that people will ask you about it then want one of their own, thereby potentially stirring up another five-buck pattern sale.
More than $17,000 has been sent to Mercy Corps so far. We’d like to break the million-dollar mark this week, so don’t be shy.

Thanks!
Love,
Ann
PS For you, Kay . . . additional photos of the whole shebang. Because how often does a person finish a blanket? 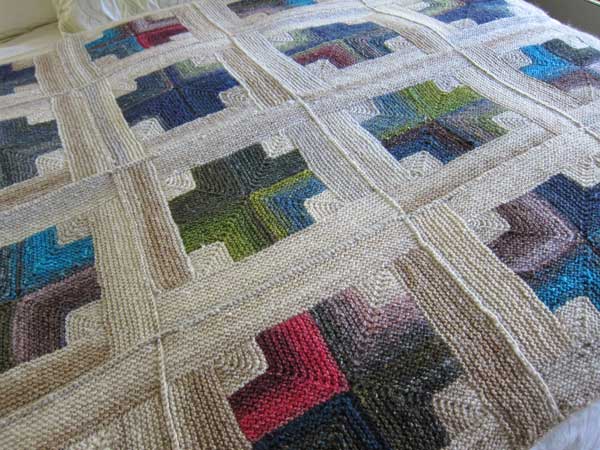 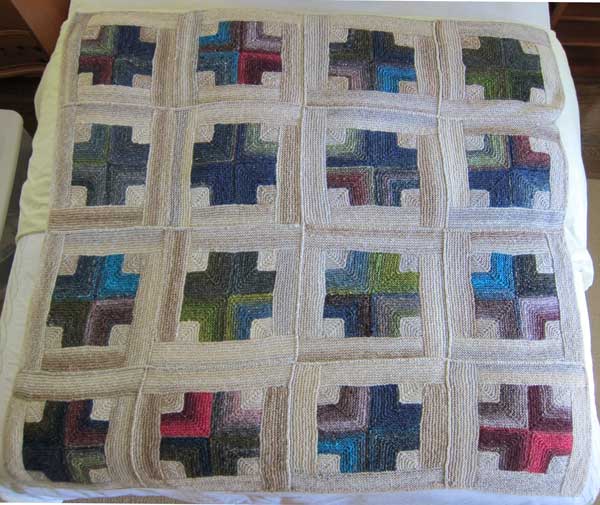 PS Took a quick jaunt up to Chicago over the holiday weekend to see a batch of family. Here’s the little fella we met at the Museum of Science and Industry: