The Fringe and Friends Log Cabin Knitalong continues with a torrent of new sights to see at Instagram #fringeandfriendslogalong. Eye-popping projects. Crossers of the finish line. Joyous blanketry.

Speaking of which, my sequence log cabin blanket is at a deliciously almost-done stage. But first:

Before anything else, I encourage you to scamper over to Karen Templer’s Land of Miraculous Handknits and grab a copy of her free Log Cabin Mitts pattern. 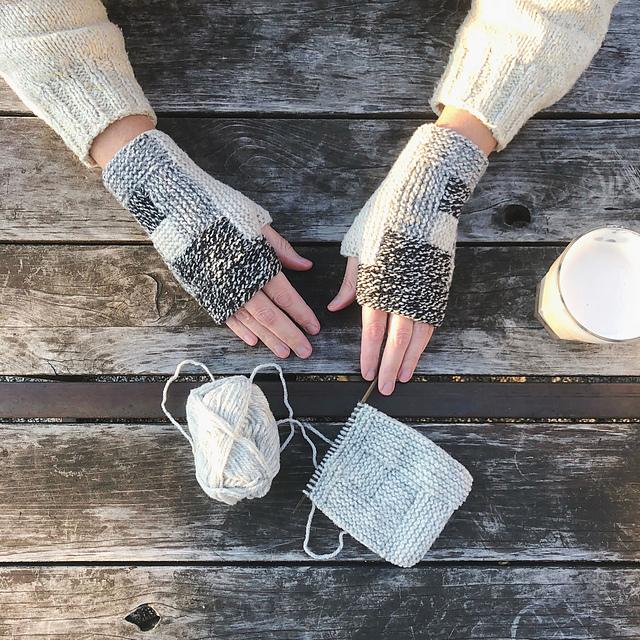 It is one of those knitterly phenomena that comes but rarely: a superfast, superaddicting pattern. Karen has already made a dozen pairs. OK that is an exaggeration, but she’s on a tear.

Pro tip on finishing a blanket: be sure to move the goalposts at some point. 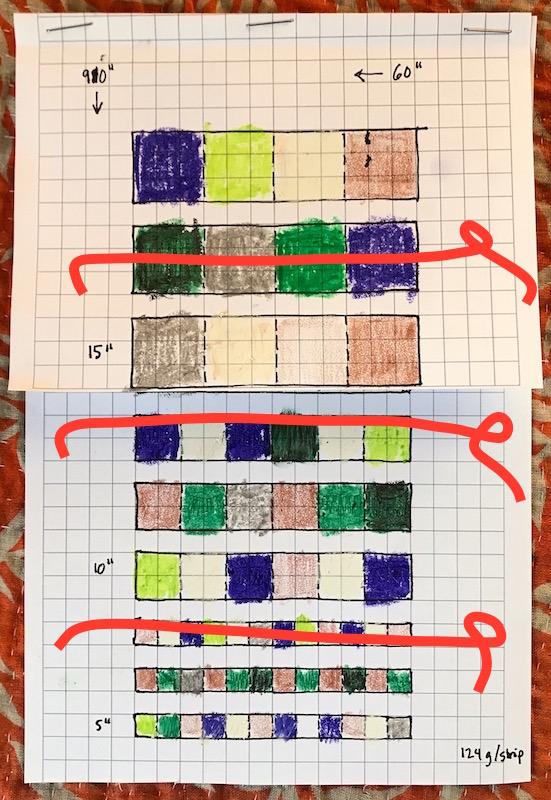 When you delete entire swaths of the schematic, you get to the finish line a lot sooner. This will end up being a 60″ x 60″ throw, not the original 90″ x 60″ blanket I’d originally planned. 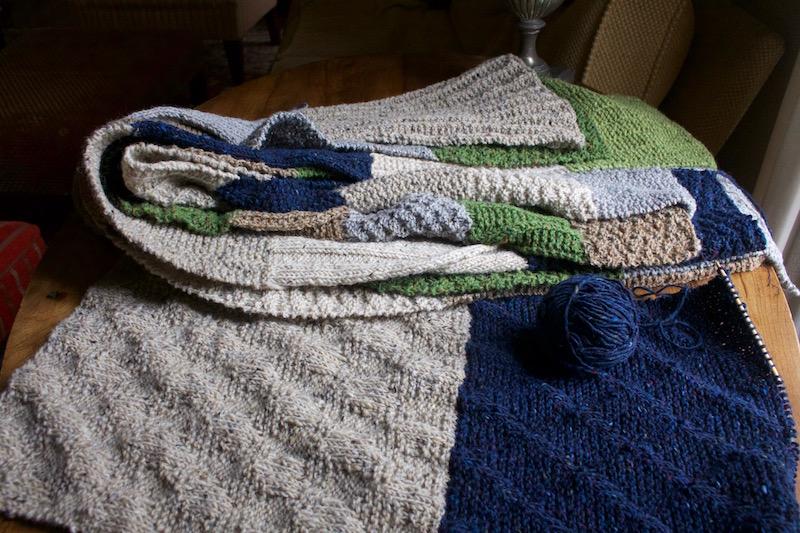 Only two squares to go (now that I’ve deleted 22 squares from the plan).

Maybe I will grieve not having a seven-and-a-half-foot-long blanket, as I try to find warmth under this meager five-foot-square throw.

Maybe my lanky family will have to fold themselves into tiny pretzels to find warmth.

I am OK with this. I mean, maybe now I will finish this thing within the next decade.

The final four squares have proved to be harder than the rest. For one thing, they’re each 15″ square, which feels a lot bigger than, say, a 10″ square, or a 5″ square. They’re harder because I’ve picked sequences for these last big squares that will make the most of the larger canvas—I was aiming for bigger, more complex textures. Little did I know how much harder they would be. 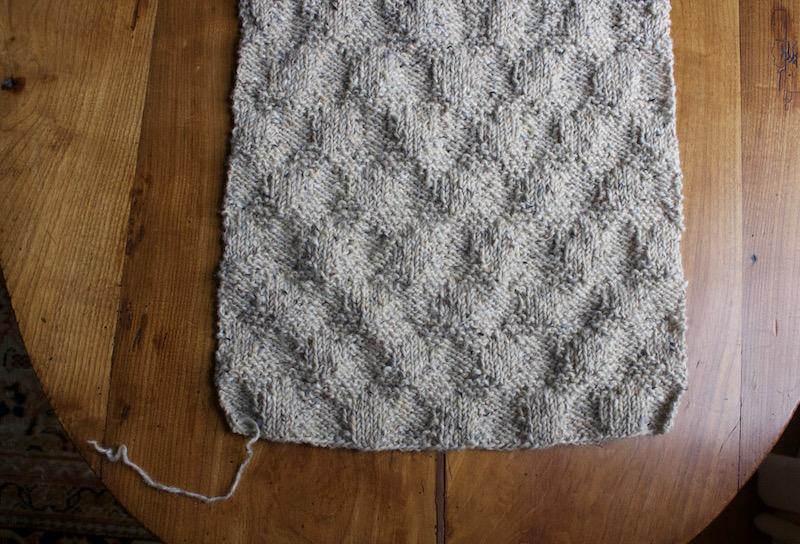 The sequence in this square is k4, *p5, k6, repeat from * to end of row. It’s worked in the serpentine method of sequence knitting, which is the thing where you continue the pattern around the edge from front side to back side.

It’s harder than it sounds, people—imagine you are embroiled in, say, an episode of Victoria where the dreamy Rufus Sewell I mean Lord Melbourne is covered in leeches. I promise, you will knit 5 and purl 6 or knit 6 and purl 5 or pfaff it up one way or the other.

I knit this square at least twice, if you add up all the go-backs and do-overs.

Square 2 in this strip—k9, p2, serpentine—is no walk in the Windsor woods, either. Imagine Lord Melbourne is limping into the fancy dress ball dressed in his Dante costume, and you don’t even know whether he’s going to make it through the waltz with his beloved queen. You’ll knit 7, purl 2, knit 8, purl 3, whatever. SOB! 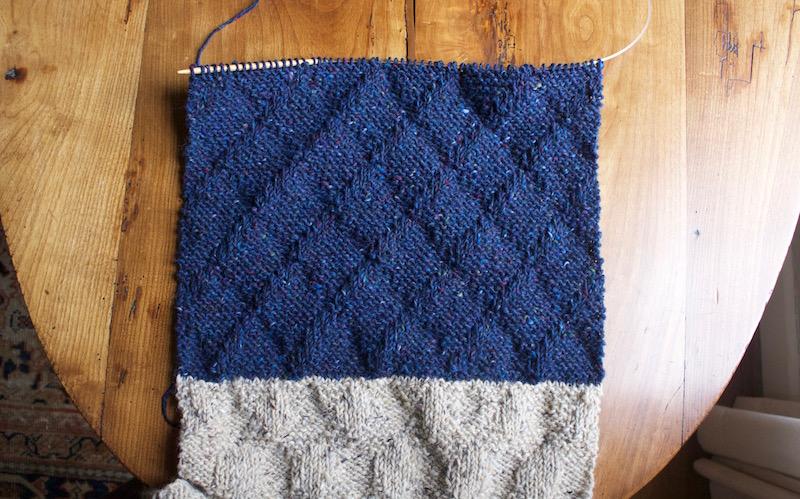 In closing, here are two photos that show the layers of color that turn up in an average skein of Tahki Donegal Tweed. 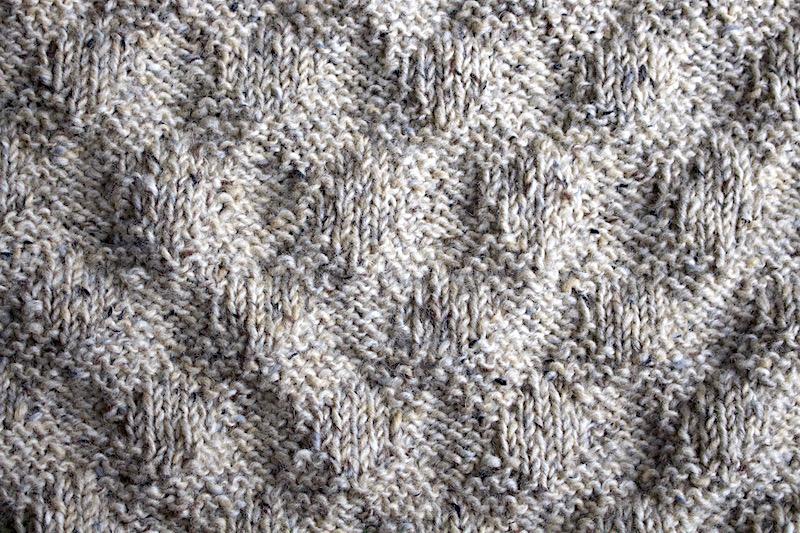 It has dozens of shades in it that are not Cream. I can burn a day gazing at a thing like this. It’s just so fascinating, this Cream.

And this is Midnight Blue. Which features a jillion fleckles from all over the tweedy rainbow. Yet remains steadfastly Midnight Blue even with all that color in there. 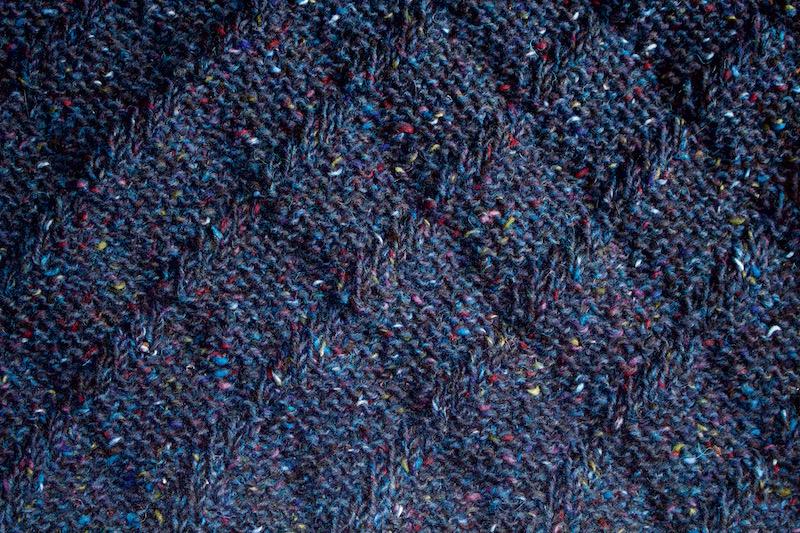 I really am looking forward to sewing up these strips. It’s going to test my skills most severely to get all these sequences to line up in something resembling squares. Stay tuned.

Knit to This: Phoebe Reads a Mystery 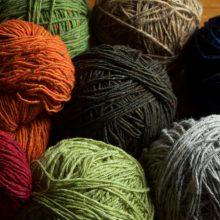 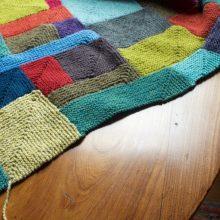 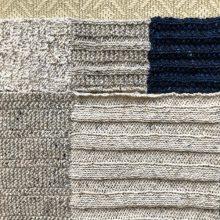 Projects
Logalong: Properly into It
25 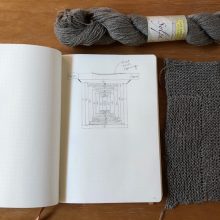