Lazy Sunday: Scary and Not Scary

It’s not really that lazy of a lazy Sunday, seeing as we’re still in San Diego running around the convention center for the TNNA Winter Show, but here goes.

Do you think these Lazy Sunday posts make people think we watch a lot of TV? In my case, it’s accurate; I do watch a lot of TV. I blame it on the knitting, and on the fact that I have never gotten into a good groove listening to audiobooks and podcasts. Just as watching TV without knitting seems like a wasted opportunity, knitting without consuming some form of information or media, preferably featuring British actors, seems halfassed. It may be multitasking, but it’s a very satisfying form of multitasking. And it has a long tradition in needlework. Think of all those Jane Austen characters catching up on the goss while working their embroidery.

Today’s suggestions for knitting TV are at opposite points on the tension versus comfort spectrum. 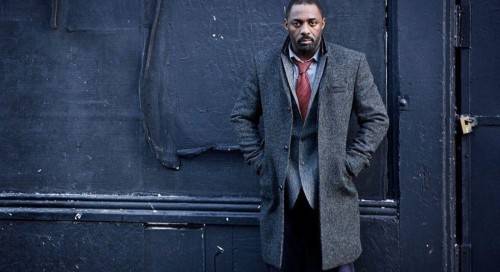 Luther.  You will want to pick an autopilot garter stitch project for this one: no looking, and no counting. Luther is one of the scariest, most suspenseful police procedural shows ever. I’ve watched Luther on Netflix and Hulu in the past, and you can get a recent 2-episode series (Series 4) on iTunes, but now my local PBS station is carrying the first series. 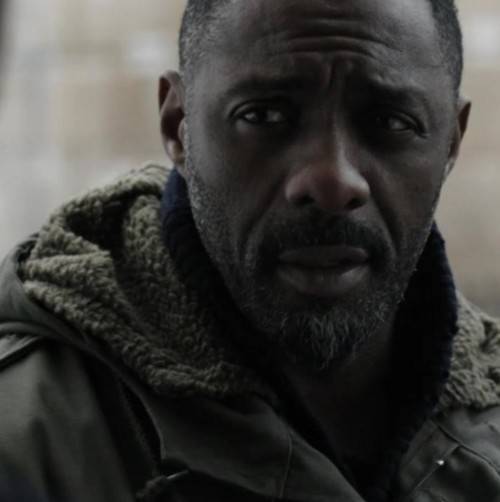 Do not expect to come out of Luther uplifted, feeling that deep down, people mean well. It’s dark. The main character, a detective named John Luther, is played by Idris Elba. He’s intense, troubled, volatile and brilliant. The crimes are horrible; the plot connectors and clues are obscure. It’s not everyone’s thing, for sure. But it’s riveting. Also, sad Idris Elba is very compelling to watch. As are tender Idris Elba, angry Idris Elba, swaggering Idris Elba, and Wait How Did He Figure That Out Idris Elba. 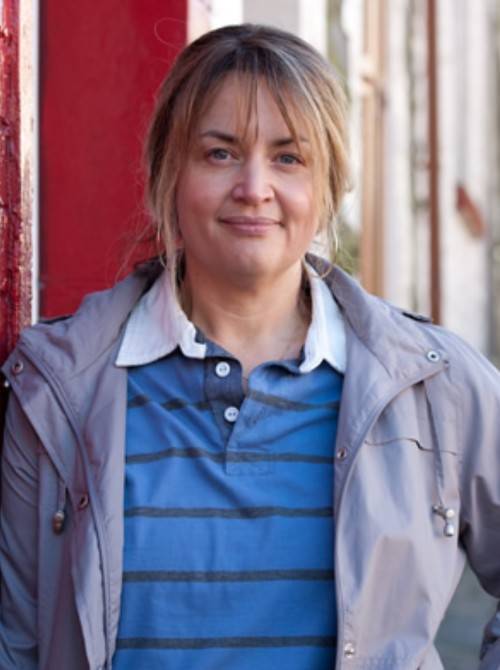 For something completely–and I mean com.plete.ly — different, there’s Stella. I discovered Stella accidentally when an episode popped up on the Hulu while I was watching Miranda. (Miranda’s praises are sung here.) I’m not sure I would have started watching Stella on purpose. It’s a sappy soap opera at heart. The hero is a 42 year old single mother who takes in ironing in a small town in Wales. The drama revolves around her life and personal relationships. Improbable things happen. But Ruth Jones, the series’ creator and the actor who plays Stella, is disarming and completely convincing. I’d watch it for the scenery and Welsh accents alone. In that regard, and others, it has a lot in common with Doc Martin, which is better known here in the states. It’s similar to Doc Martin in that everybody in the town is part of the story, there are multiple plot lines, and plenty of humor mixed in with the pathos. I don’t say that Stella is literature for the ages, but I do keep letting the next episode play while I crank on my current sweater project.

TNNA is just as fun as ever. The tamales are delicious here, and we’ve eaten at the same Greek restaurant twice. I’m calling the weekend a success.

P.S. The tamales are excellent in San Diego. 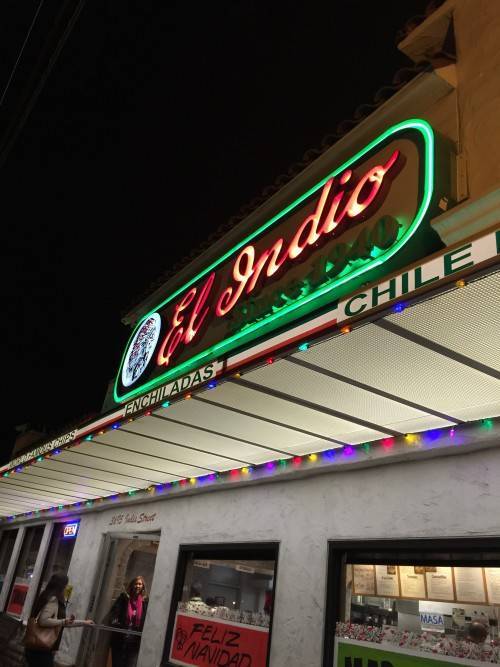