I think I’ve waited my whole life to type the sentence, “Ladies and gentlemen, this octopus is the Meryl Streep of octopuses.” You might be surprised by how few opportunities I’ve had, despite a lifetime of hanging out at all the local post-theater octopus boîtes. But! Like the arrival of both the sun each morning and the ten-pound Restoration Hardware catalog in my mailbox every Fall, the time has come.

The recent documentary My Octopus Teacher—about a South African diver named Craig who (after a spell of depression) happens upon and befriends a single octopus—has a pretty clear and simple message: get closer to nature and your empathy will increase (by a factor of eight is my guess). I won’t go into the details of how and why that happens; it’s a short documentary and a little low on plot, so to give away too much of it would be unkind of me.

But ohhhh, y’all, this octopus. I’m not certain how some parts of this were actually made. (If Craig is diving alone with his own camera—which we see him do quite a bit—who’s filming him do that?). But I fully believe that the octopus was up for multiple set-ups and re-takes and ready for her closeup if Craig had asked her, because let me tell you (drumroll please): Ladies and gentlemen, this octopus is the Meryl Streep of octopuses.* I’ve never seen an animal performance like it . . . which shouldn’t be that hard to believe since I was blubbering through the entire thing and couldn’t see anything at all, really.

There’s a lot of beautiful underwater footage of the kelp forest and other fish and pyjama sharks. (I mean: pyjama sharks! It was hard to take them seriously after he called them that until, well, let’s just say there’s a chase scene involving one that’s pretty much the most exciting chase scene since The French Connection and you just end up wishing The French Connection had had more octopuses in it.)

Craig learns some pretty moving Life Lessons after having gone through a difficult period, and you meet his son, who seems to be carrying on the empathy tradition that Craig passes on to him. All of that is worth your time too, but this thing really belongs to the octopus, who wraps all eight tentacles around your tear ducts and squeezes until you practically faint from dehydration.

* Don’t @ me! “Octopuses” is the correct plural and you’ll just have to look up why. Something to do with Latin vs Greek and that’s when I nodded off.

You're gonna need something stronger than a hankie to mop up your tears. Thanks for your purchases. They support everything we do here at MDK. 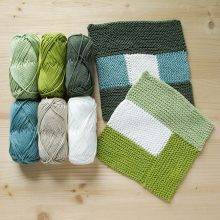 Dana’s Edit: Hope in Every Stitch
49 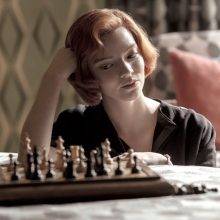 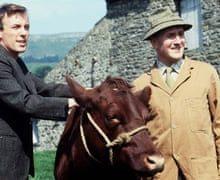 Fun
All Creatures Great and Small
19 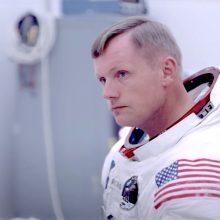 Letters
Knit to This: Getting Away from It All