All Creatures Great and Small

After watching and rewatching my stockpiled episodes of Vera to the point of memorization, I finally gave in and subscribed to BritBox. It’s a little worrisome, but I’ve once again fallen into a deep, tweed-lined television hole: the 1970s veterinary drama, All Creatures Great and Small.

This is comfort TV at its best. Accents and animals, scenic beauty, jalopies, and humor, with bracing jolts of the harshness of subsistence farming in the Yorkshire Dales. The program features great character actors, several of whom appear elsewhere in British period drama and comedy roles (and in Robert Hardy’s case, the Harry Potter films).

The costume department provides a ravishing parade of stranded colorwork pullovers, cardigans, and vests, plus other great country clothing from the 1920s through the early 1940s. Each of the three main men characters has a distinctive look, which makes for a fun sartorial subplot. Siegfried Farnon is often in a three-piece, and is the only character to sport a watch chain, riding gear, or a stylish hat; his younger brother Tristan Farnon favors slim-fitting, patterned sweaters, with lashings of peach and green; while James Herriot is a forerunner of business casual, in a rainbow of khakis and browns. The women are also beautifully dressed, from the horsey set to my favorite, the long-suffering housekeeper Mrs. Hall.

The series is based on James Herriot’s books by the same name, which are wonderful. In 2009, I devoured the entire series, one after the other. My copies have weathered the storms of KonMari, becoming touchstones. To complete the circle, I’m thinking of listening to the audiobook, which is read by Christopher Timothy, the actor who played Herriot in the television series.

Although I first discovered the series on my local PBS channel, I’m sad to see that it’s not available on PBS Passport at the moment. There appear to be full episodes available on YouTube, but I haven’t checked them out.

Hello—what’s this?  A new adaptation of All Creatures is on the way! I think I glimpsed Diana Rigg as Mrs. Pumphrey!

The Baggu Duck Bag is a workhorse that'll never get colic, and is strong enough to haul groceries (and WIPs) for years. Thanks for your Shop purchases. They keep us in fine feather here at MDK. 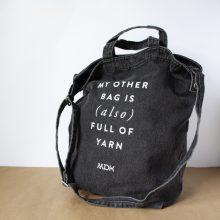 Fun
How Green Was My Valley
20 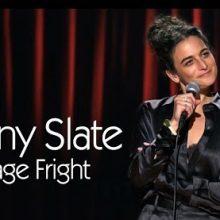