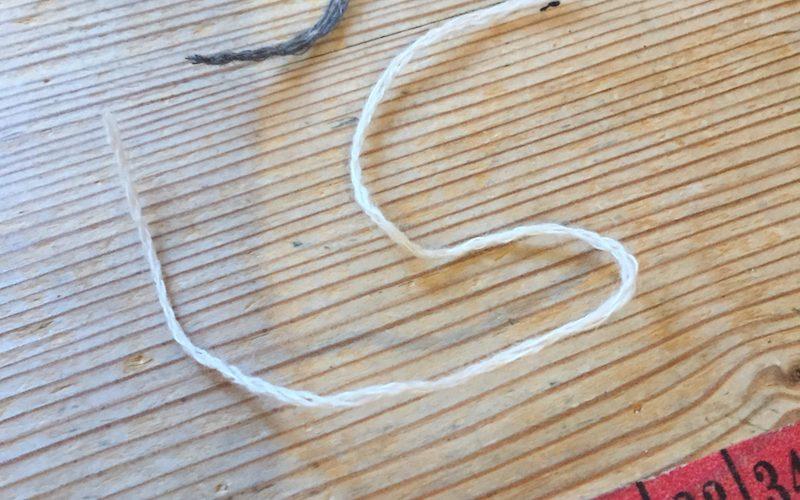 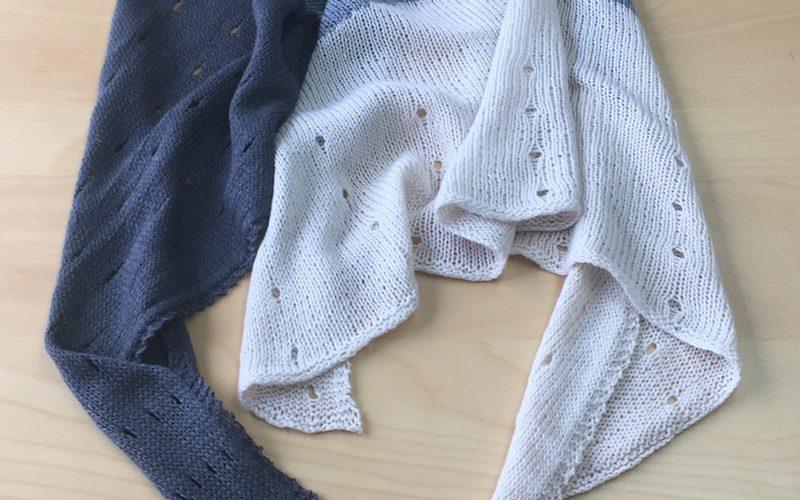 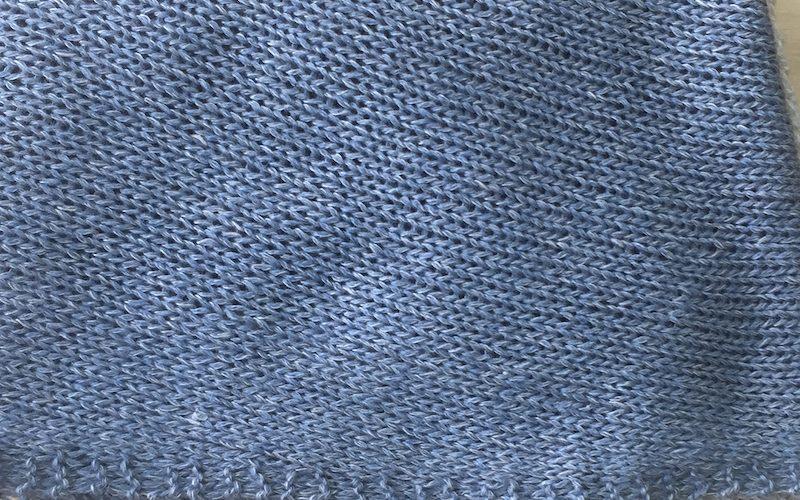 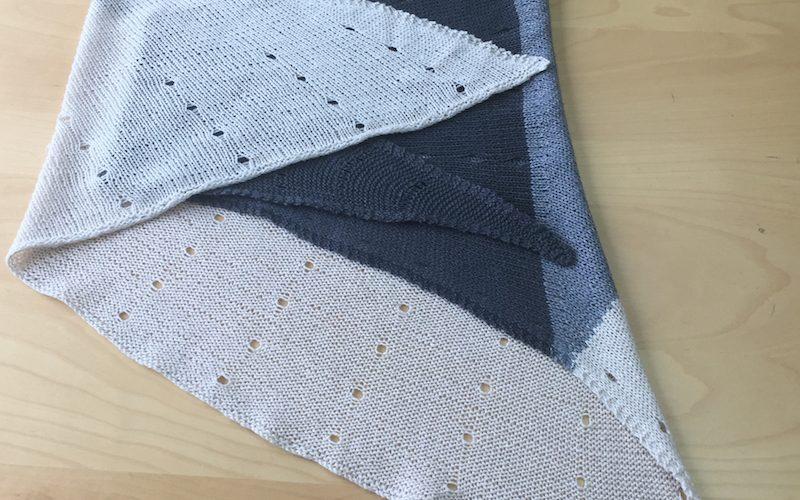 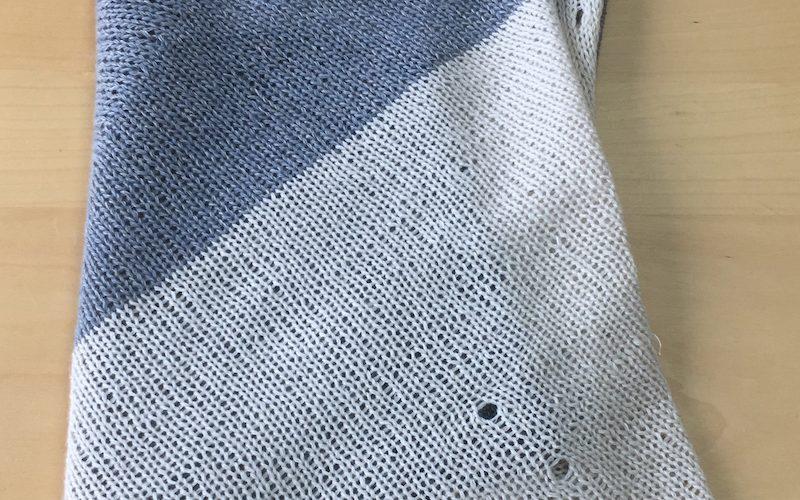 Ina Braun (aka Tante Sophie) is one of the most inspiring knitters I know. She is also exacting. I think of her as my tough-love knitting guru. In teaching knitters at her studio in Denville, New Jersey, Ina’s motto is that  “the only successful project is a completed project that you are happy with!”

Ina encourages knitters to think carefully and look at a lot of options before settling on a yarn and a pattern. You are going to be spending a lot of time making it, the materials often are costly, so at the end you should have a garment that you really love, and actually wear for years. Ina also practices no-waste knitting, and she’s ingenious at using leftovers, knitting up every yard of yarn, down to the niblets that are trimmed off after the ends are woven in.

Sometimes I push back against Ina’s high standards. I’m a process knitter, and I’ve gotten a lot of fun, learning, and satisfaction from knitting projects that I ultimately don’t wear myself. Ina is unwavering, though. As a result, when Ina says a yarn is good, and that it’s the right match for particular project, I know I can absolutely take that to the bank. And when I do knit something that I love and wear a lot, I’m excited to show Ina.

A couple of weeks ago, Ina and I got together for a chatty catch-up. I was excited to show her our new yarn, Sylph, a light fingering-weight blend of cashmere and linen. Another thing Ina has taught me is that a design can be more wearable if knitted to the prescribed gauge, but in a lighter weight yarn than the one called for in the pattern. I thought she’d appreciate the light weight and surprising practicality of Sylph, which can be machine washed and even dried, if you’ve got the guts.

Ina was intrigued, but true to her nature, she wanted to put Sylph to the test. She had one of her favorite patterns in mind: Jet Stream, by Heidi Kirrmaier.

We weighed out three balls of the sample-knitting leftovers you’d given me, in shades of gray (good thing we carry a full spectrum of grays in this yarn), so that she’d have the equivalent of two full skeins of Sylph. We wanted to see how far she’d get. (One cool thing about Jet Stream is that you don’t have to make it full size to get a nice-sized scarf.) 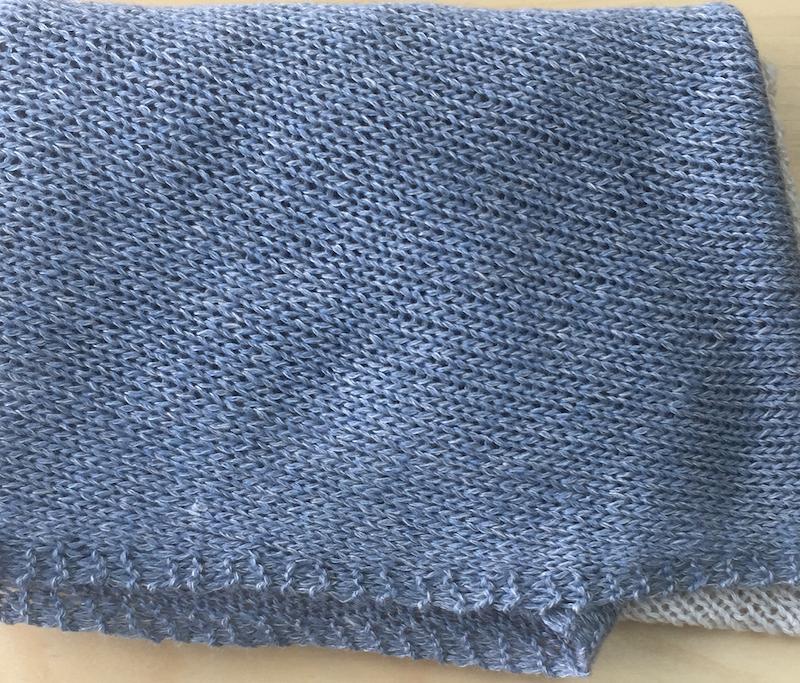 In what seemed like the blink of an eye, Ina’s Sylph Jet Stream was on the needles. I watched it grow on Instagram.  I love the simplicity combined with the multi-directional eyelet action. Jet Stream has the right mix of interest and ease.

And then it was done. Barely a milligram of Sylph left. Ina washed it and dried it in the dryer. No pulling punches with Ina. Sylph passed the test. 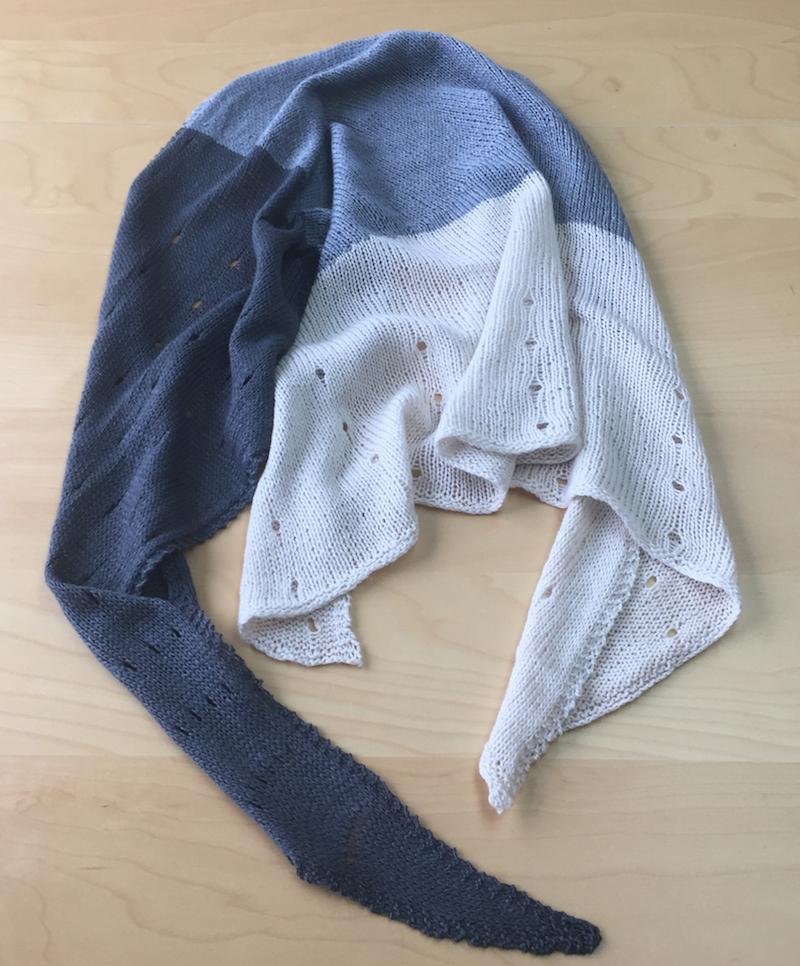 (The Sylph shades that Ina used are: Rain Shadow, puddle and Hush, All available in the MDK shop.)

As  Ina says: “Simple + beautiful + practical = priceless.” This soft, drapey scarf is the perfect thing to have around your neck, or in your bag, ready to pull out in case of a draft.

These images are all Ina’s, but the real Sylph Jet Stream is on its way to me in the mail.

P.S. Olive had a pop-culture Halloween on Tuesday. 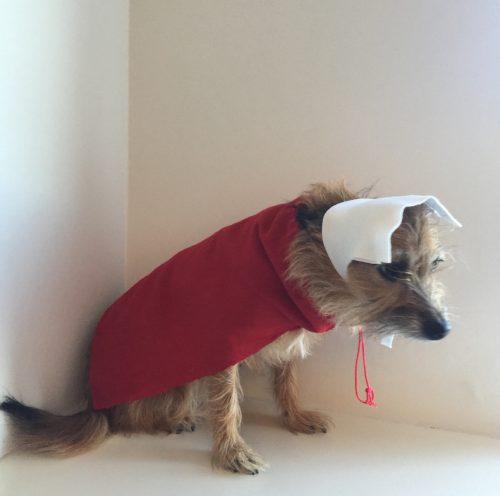 She’s crazy about The Handmaid’s Tail (sic). I posted this on Instagram and got a few comments about how miserable she looks. A: it’s called acting, and B: if you know Olive, you know that this is her resting terrier face. Olive wears clothes very happily, especially sweaters from animal fibers, which this was not. (This was a shoe bag and a  piece of old t-shirt.) After the photo, she slipped off the wimple, and lounged in her robes all afternoon.

Knit to This: Phoebe Reads a Mystery 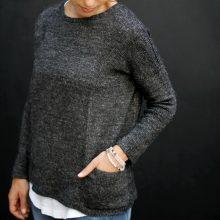 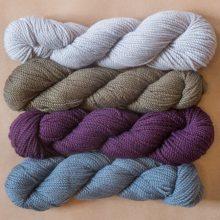 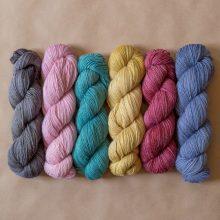