For Jews of the world, Passover starts this evening. Depending on one’s level of observance, Passover preparation can range from merely strenuous to downright exhausting.  The pious scrub their kitchens to a fare-thee-well, and then cover all the immaculate surfaces with aluminum foil to prevent contamination with leavened foods during the eight days of the holiday. (The first time I saw a kitchen done up like this, I literally did not understand what was going on. I thought my friend’s mom might be off her rocker. I was gently instructed.) Anything made with flour, or that could possibly have an atom of leavening or grain in it, has to be eliminated from the home before the holiday. It gets pretty complicated. A candle, a wooden spoon, a feather and a paper bag are involved. 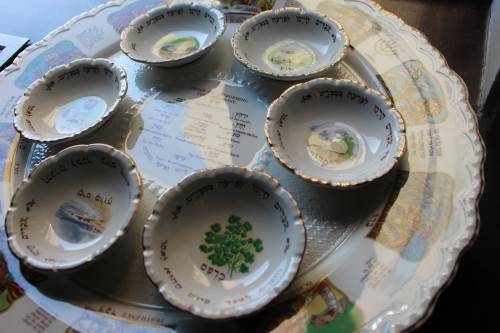 I was not raised in Jewish traditions, and the family I married into doesn’t go the whole nine yards on the Passover prep, so I merely marvel at all this ritual and rigor. But I’m no slacker. The descendant of hard-scrubbing Danes, I came home to the smell of Johnson’s floor wax on a weekly basis; I can go all in on a holiday where God himself is telling you to clean your house. I love a sacred mandate to vacuum up a storm, get the windows squeegeed, and eat the last of the Girl Scout Cookies.

But Passover is not just about sweeping away the crumbs. It’s about eating a lot, and the foods you eat a lot of are all special to the holiday in that they do not have any leavening or grain. Jewish cooks have figured out many work-arounds for making foods that typically contain flour, by using matzah instead. (It’s not entirely logical—matzah itself is made of flour—let’s not go there. OK: go there.)  These recipes become special for the simple reason that they are eaten only once a year, at a (mostly) fun time of singing and story telling. They usually involve eggs. Lots and lots of eggs, to lighten up foods without leavening. 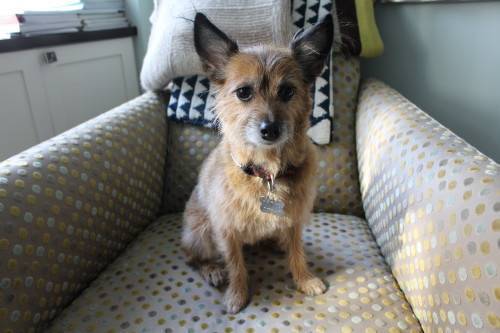 Today is the day: the First Seder is at my house tonight. All is in readiness, including the platter of something that I’ll forget to serve and have to bring to Aunt Kathy’s house tomorrow for the Second Seder. Since yesterday left me little time for knitting–even Olive had to get her hair cut for the occasion–I thought I’d share some Passover recipes that I have accumulated since my first Passover as a newlywed, back in 1992. You don’t have to be Jewish to think they are delicious. (Also, you are allowed to be Jewish and turn up your nose at gefilte fish. I love it, but that’s the Dane thing again. I am sure all the Rasmusses and Nilses in my family tree must have relished some version of ground-up fish cakes boiled into bouncy balls, served slathered with horseradish.) 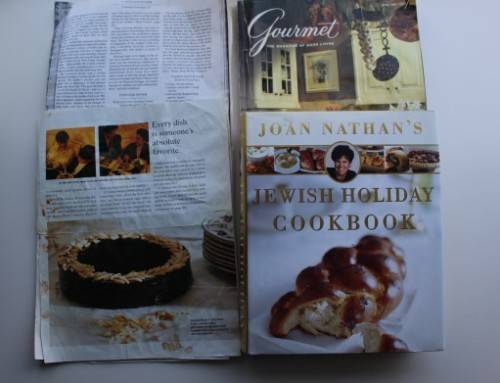 These are the guides that light my way. 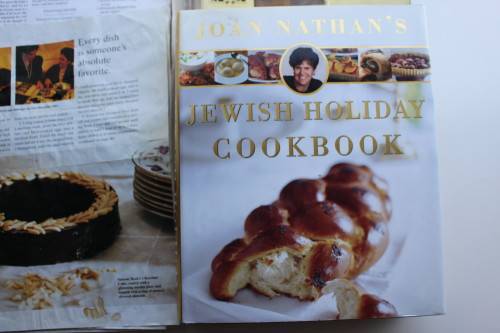 Joan Nathan, whose culinary knowledge is encyclopedic and whose sense of humor is sharp, has given me Mrs. Feinberg’s Vegetable Kugel, which is the rare Passover dish (or kugel) that does not contain eggs. (Joan claims that she calls in to a radio show every year to make sure the recipe really does not contain eggs.)  I make a triple batch of this delicious stuff. This year, I also have Joan Nathan to thank for her Tasty Apricot Chicken. (I am not one bit deterred by Joan calling it “an American convenience recipe.” Quite the contrary! My people of the Midwest can out-convenience Joan six ways to Sunday!) 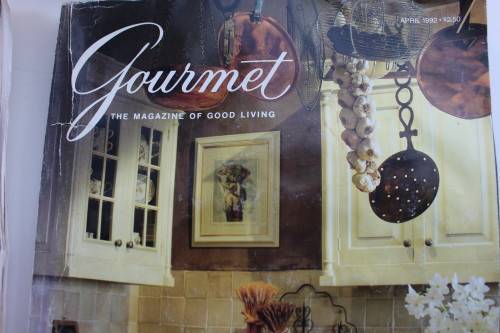 But the deepest roots of my Passover menu are the April 1992 issue of Gourmet Magazine, which has an epic Passover menu in it.  About ten years in, I worried that I was going to wear out the magazine, so I made a photocopy. Which I’ve now worn out.  I don’t follow the menu exactly. April 1992 me, blushing bride that I was, might have been up for stitching a stuffing into a brisket with a needle and string, but jaded, expedient 2016 me is not having it. Instead, I serve the spinach-farfel stuffing in a baking dish so that my vegetarians can partake. (Farfel is–you guessed it–matzah-in-disguise, crunchy little matzah noodles.) I zoom ahead to an April 1998 Gourmet recipe to get a better braising liquid for the brisket (secret ingredient: all the leftover red wine saved in the fridge door + 12 cloves of garlic). I still make the 24-hour chicken soup, but in the slow cooker, and with matzah balls from a boxed mix. (It has the same ingredients as scratch matzah balls but for some reason they turn out better from the box: it’s supernatural.) I take a page from natural dyeing and throw in a few onion skins to make the broth nice and brown. 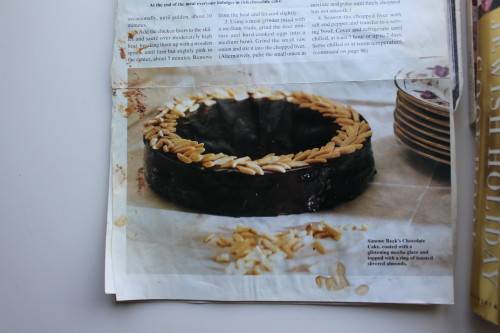 The pièce de résistance is Simone Beck’s Chocolate Cake. Simone was not Jewish, but her famous cake calls for only a quarter cup of flour. Somebody figured out that you can sub a quarter cup of matzah cake meal (ding ding ding! another matzah disguise) for the flour. We can’t have this every year, but this year we have no one with a nut allergy at the table. We’re consoling ourselves for away-at-college Maggie’s absence by eating Simca’s cake, which is mostly ground-up almonds and dark chocolate, and has coffee in the glaze.

Oh–what is a balabusta? Watch the movie.

Or look at these gals, who get together every year to make ten pounds of ground up carp and whitefish into gefilte fish. 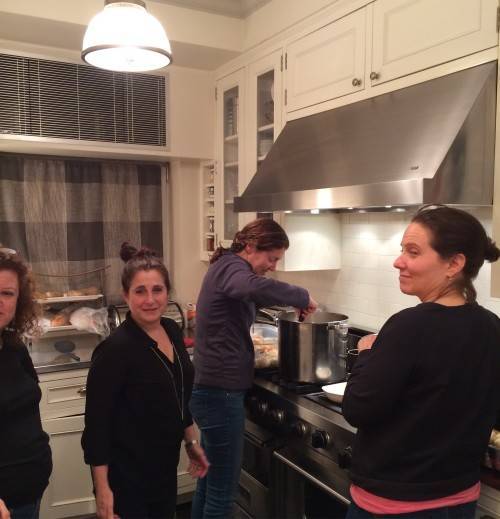 (On Wednesdays we wear black.)

They are all balabustas. (Two of them are even knitters.) Hashtag #squadgoals. 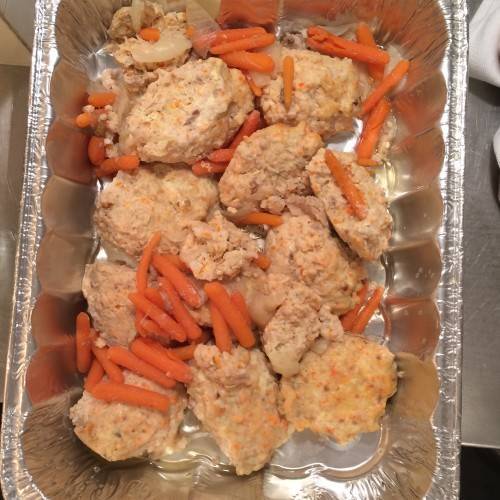 Happy Passover to all who observe, and a joyous spring (or fall) to everyone else.