One of my favorite movies is Groundhog Day, in which a churlish TV weatherman wakes up and discovers it is February 2. Again. Every morning, he wakes up to February 2. Every day, he has a chance to give the day another try.

That’s sort of where I am with Kiki Mariko. It’s the stranded colorwork pattern that keeps happening to me, again and again. 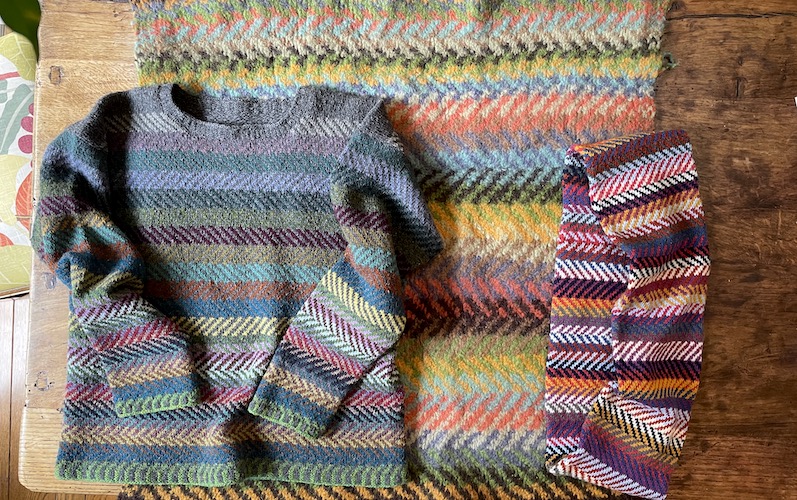 I’ve been fascinated by the stranded colorwork pattern that we first saw, back in 2006, when we were on a book tour in Portland, Oregon.

Mariko Fujinaka took us all over the place, gave us sugar cookies, led us to that giant fabric store. And that sweater! It was a zingy festive wow. She’d used the zigzaggy colorwork pattern created by another genius knitter, Kiki Hall. 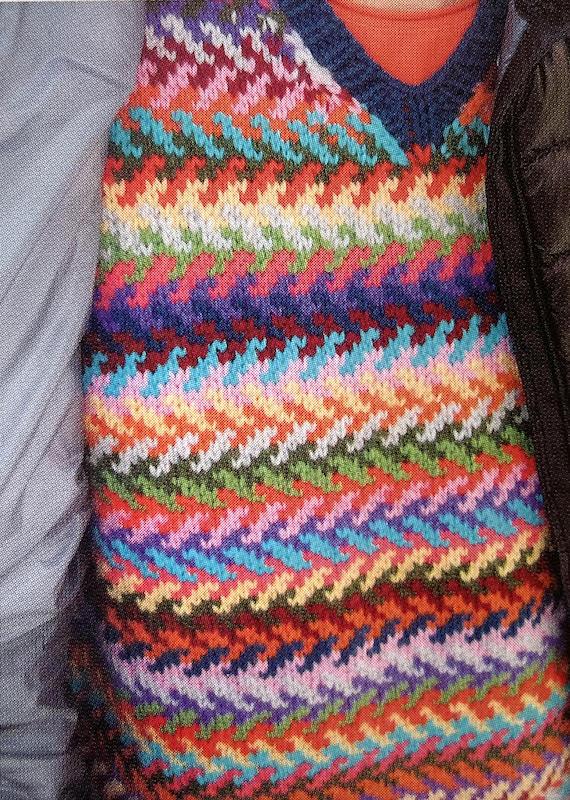 It bored itself into my imagination.

I played around with the scale and colors of the pattern, landing on the idea of a rug. I tried felting it. Here’s the original, rumply first draft of a Kiki Mariko rug. This stalwart piece of experimentation has been keeping the basement floor warm for 15 years now, sturdy and dense. 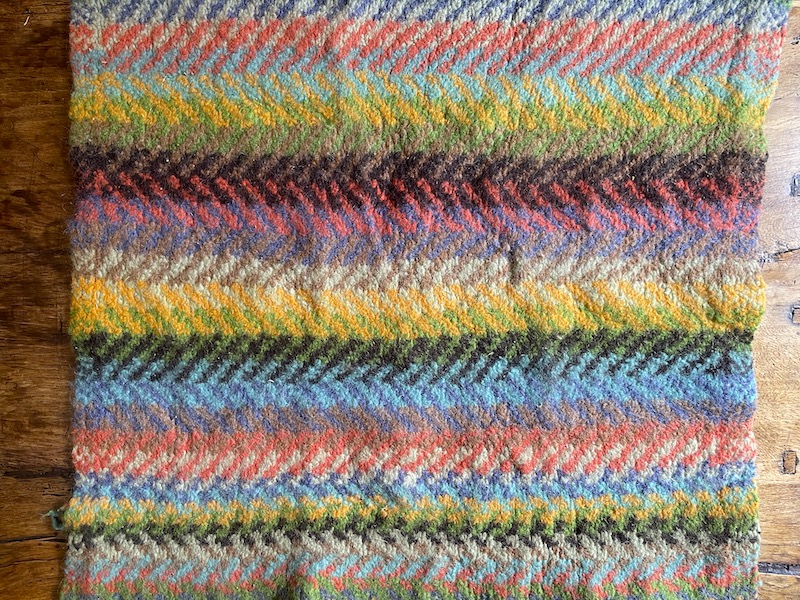 After fooling around with the idea, the pattern appeared in our second book.

I kept thinking about those zigzags, so a few years later, I embarked on a sweater using the pattern at a small scale.

My next Kiki Mariko project was a pullover. I used the pattern for a traditional steeked pullover, from Alice Starmore. (Which one, I can’t recall!)

I worked the body from bottom up, with a steek for the neckline and armholes. Cut the armhole steek, picked up stitches, then knitted to the cuff. Cut the neckhole steek, added the ribbed edging. Done!

I started at the hem and knitted upward, getting less and less vibrant as I went. The zigs and zags behave differently depending on how often you swap out the colors.

My takeaway from this was that wild contrasts are great. More is more. 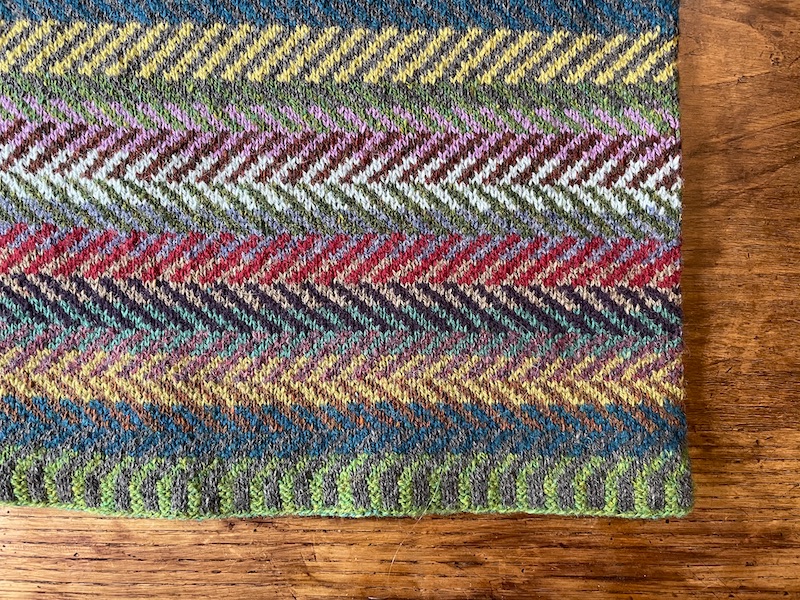 I like the subtle zigzags but I love the bright ones. 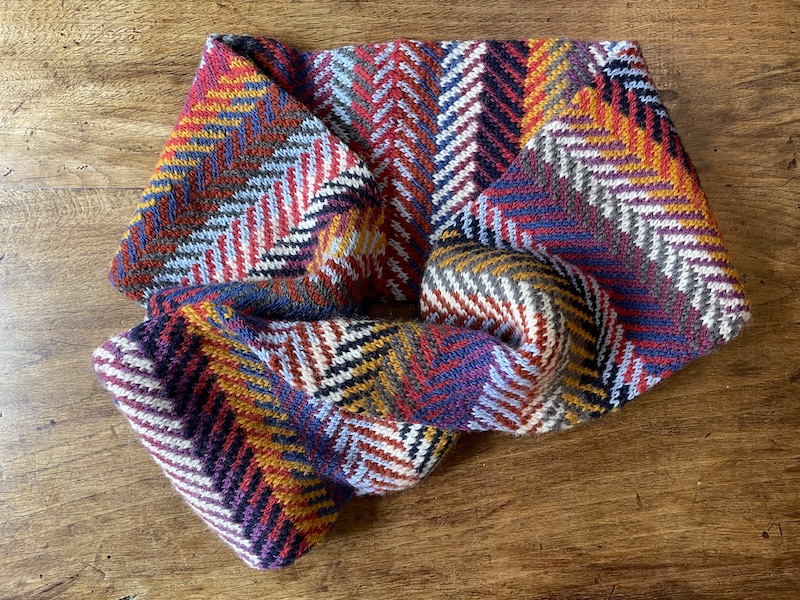 A riot of colors, knitted in the round, as much fun as you can have knitting. 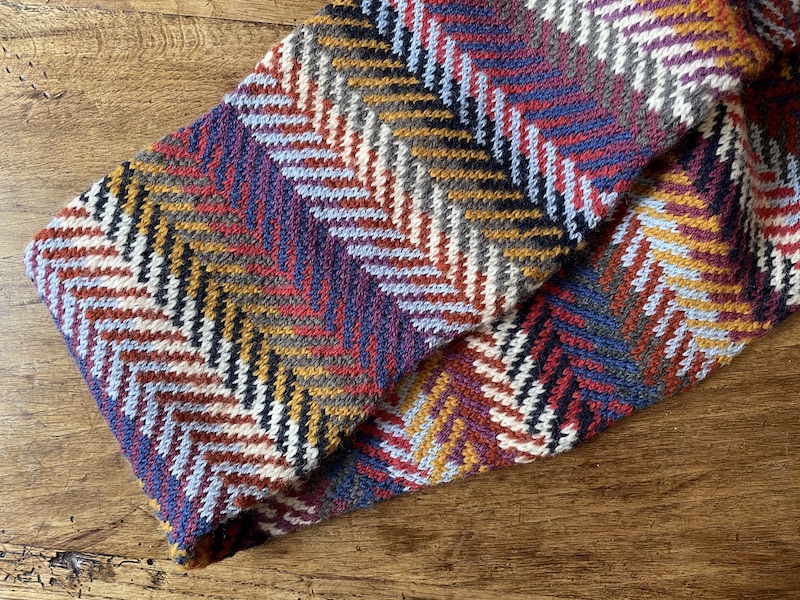 A provisional cast on meant that the final result is a seamless tube of zigzags. That red line in the middle is the kitchener row. 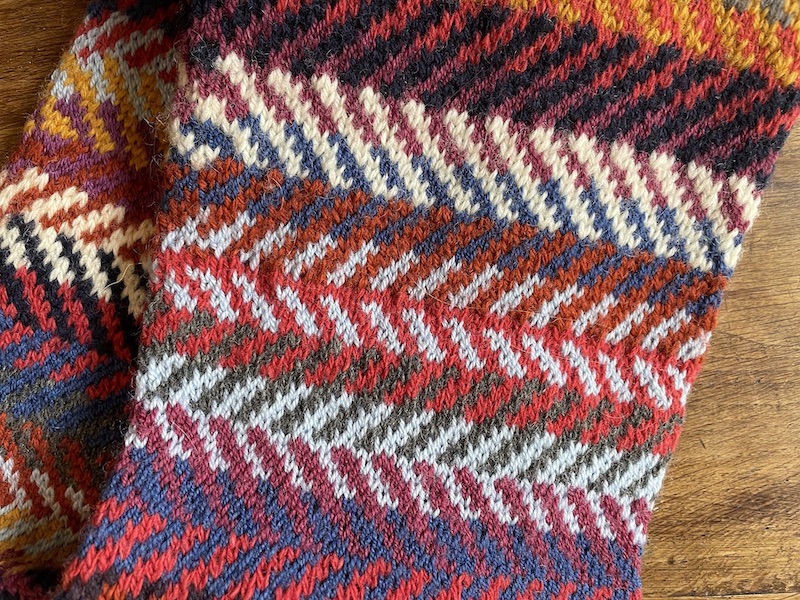 I love it. We lost Belinda a few months after I finished this cowl, so it is loaded with memories of that amazing friend.

I’ve got more Kiki Mariko energy left, now that we’re Banging Out a Kiki Mariko this month. Who knows where I’ll end up next?

PS We are cleaned out of Kiki Mariko Rug kits at the moment, wow. More are on the way—please watch for news of a restock. The pattern is available for download if you want to get started playing around. 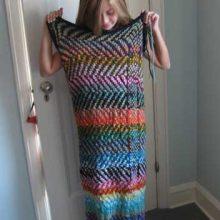 Letters
The State of the Kiki Mariko
23

Fun
In February, Let’s Bang out a Kiki Mariko
27 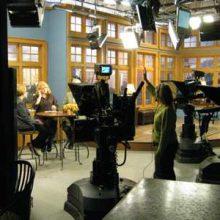 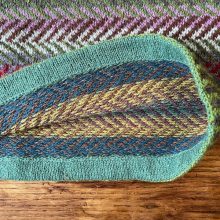 Letters
Enflapment, Or, Fixing That Thing
37 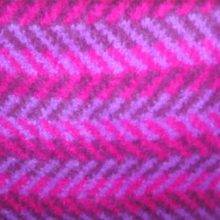