Dear Ann,
We’re in the city for one day of doctor’s appointments, school shoes and overdue haircuts, and then headed back to Lawn Guyland, where conditions have been hot and muggy and overrun with small people. I think you know what I’m talkin’ ’bout when I say overrun with small people. They’re sweaty and sticky, they make a lot of noise, and they want to be fed with a really exaggerated regularity. One of them doesn’t like any ‘black stuff’ on his grilled hot dogs. One of them subsists entirely on buttered corn and Gatorade. At any given moment, we have several asthmatics in the house who need bizarre ministrations involving squirting medications into inhaling contraptions.
You get the picture. I’m bearing up well, considering I’m, well, me.
Handknit High Point
I had one Mountaintop Experience recently, which I must share. Let’s say you are in the grocery store, accessing your hunter-gatherer DNA and throwing provisions into your cart as rapidly as possible. You make it to the checkout line, where you are loading your stuff onto the conveyor as the harried mom in front of you is checking out. You hear the magic words, ‘Did you make that?’ Followed by the equally magic words, ‘It’s SO cute.’
You have no idea what she’s talking about, or even that she’s talking to you. Although she’s looking right at you, waiting for an answer. You look down, and realize that what she is admiring is a foxy, lacy skirt made from recycled denim.
And then you get to say words that are even more delicious than, ‘Yes, I made it.’ You get to say, ‘No, my friend made it for me!’ 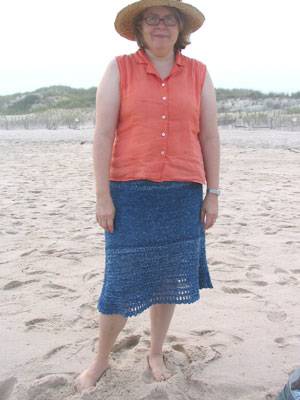 Yes, I finally started wearing the beautiful skirt Benedetta so generously gave me last September. I had my doubts because I had seen a picture of Benedetta wearing it, and let’s just say, I do not have Benedetta’s figure. Benedetta poo-poohed my reluctance. She said it would fit just fine.
And darned if she wasn’t right. It does fit just fine. I had this prejudice against knitted skirts, and skirts with drawstring waists. I thought for sure it was going to look all lumpy and bumpy and droopy. But no! It’s quite flattering. There you have it: The magic of knitting. An unprompted, arms-length compliment on its very first public outing. (The pattern for the skirt is here. Knock yourself out!)
It turns out that Admiring Supermarket Mom is a sometimes-knitter herself. She didn’t know about Knitty, so I got to preach the Good News of cool free patterns. I had the impression that she was going to go straight home and log on, while her Frozen Foods thawed on the kitchen counter. Yay! As she left, trailing her own whiny, sand-speckled brood, she said, ‘That must be a good friend!’ So true!
The Knitting
The knitting has been pretty mundane. I have been in a phase of knitting
dishrags. I sit there humming “’tis the gift to be simple’, and churning out the same dishcloth, over and over. Somehow, I’m enjoying the monotony, the fact you can put them down mid-row, slather sunscreen on everybody and arbitrate a tearful dispute or two, pick them up hours later, and not have to remember where you are because the pattern is burned into your fingertips. I think it has a lot to do with the fact that I don’t have a blanket project to turn to for my Knitting While Multitasking. 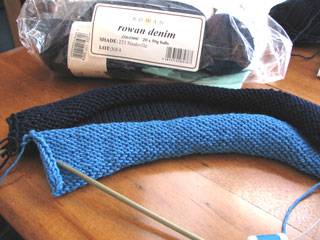 But just last night, I cast on a Super Secret Denim project that may start me humming something more exciting. It’s got …. shaping (gasp)! Once I get my denim groove back, I’ll be cranking up the stereo.
Meanwhile, there’s this 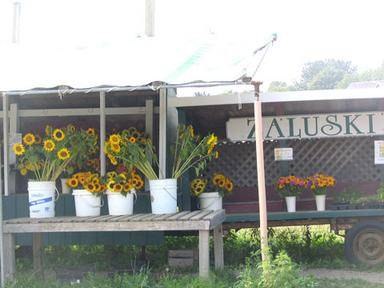 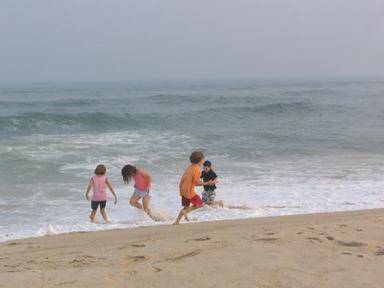 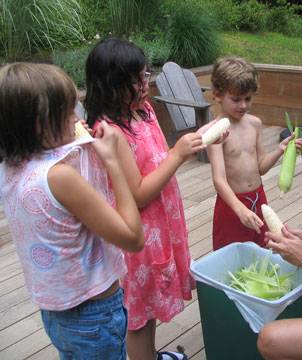 ….to keep me from my knitting.
Hope you are cuddling little Molly and inventorying her perfection at this very moment,
Love,
Kay