Breaking That One Ironclad Rule of Knitting 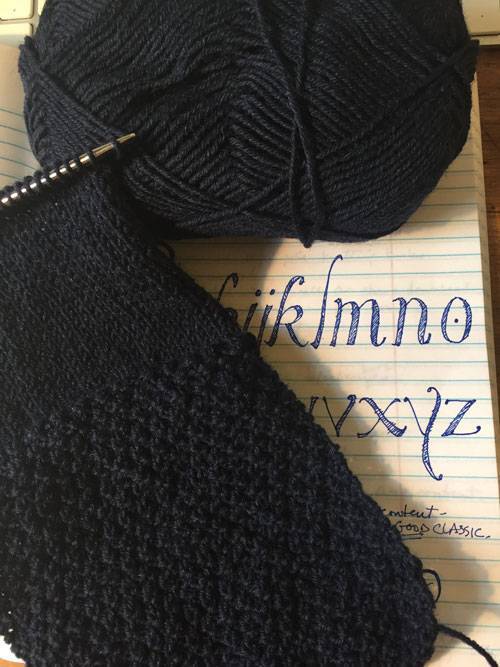 There is one rule of knitting that I have followed without fail. I was taught this rule right when I was beginning my knitting mania, in 2002.

There I was, in a yarn shop for the very first time, and the shop person was giving me a little tour. I reached immediately for a ball of Rowan in the shade I wear pretty much every day—black—and she practically whacked me on the wrist. “Don’t ever knit with black yarn,” she said, shaking her head, disgusted. “What’s the point?”

Knowing nothing much about knitting, I did what she said and never knit anything with black yarn. What’s the point?

Well, I think I’ve busted my perfect record of non-inky knitting. It turns out that the yarn I have chosen for my next sweater adventure says “Navy” on the label, but I think that’s British for “black.” This Frangipani 5-ply Guernsey wool is the lightest of the three different navy shades they show on their shade card, but I can’t imagine anything dimmer than this. Once the sun sets, it’s a long, dark night of the soul.

It’s a sort of twine. It is unromantic and stout stuff. You can’t break it with your hands unless you give it a heave-ho, and it would never want to be called “squishy.” 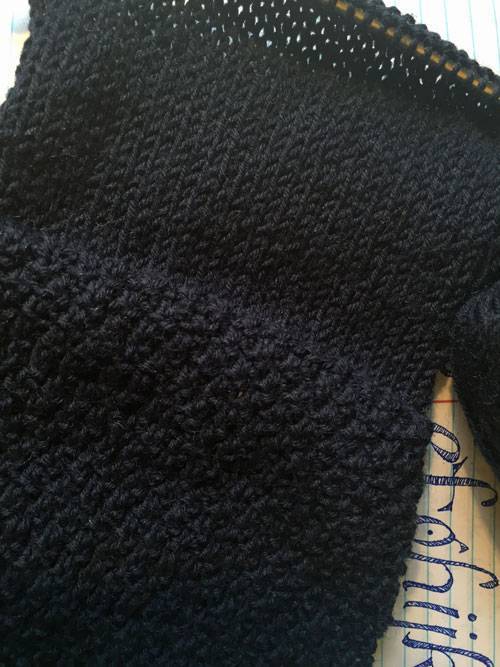 I love it. I really, really do. Above: unblocked. Below: washed and blocked. The double moss stitch is as tidy as a turk’s head knot. 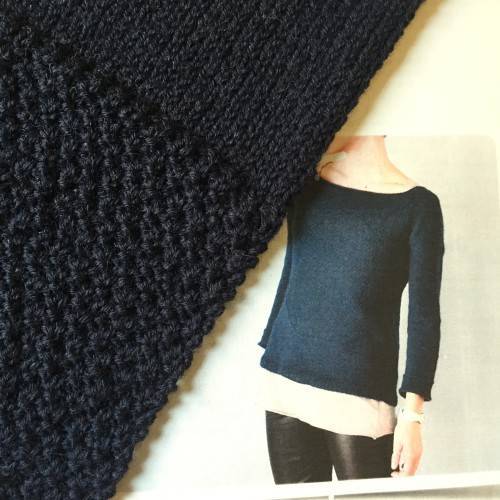 This swatch is on a 4 mm/size 6 needle. I can hardly imagine working with this on the traditional size 2.25 mm/size 1.

But I have to say, knitting this forbidden shade of doom is kind of great. What’s the point? The point is that black is the new black!