HBO is streaming it for free right now, but I have no idea for how long.

Anna Deavere Smith is a compelling playwright and performer. Her work is unique, in the true sense: there is nothing else like it.

The empathy and truth that Anna Deavere Smith conveys is powerful. She does it all by herself, with minimal stagecraft. Every word she speaks is something that the person she portrays actually said, in one of the hundreds of interviews she conducted. Person by person, she builds her story, which is a story without pat conclusions. As each person speaks, you begin to listen as you haven’t listened before, in a way that you wouldn’t listen if you were reading or watching an interview. It changes you.

I watched Notes from the Field late at night and was weeping at the end. Anna Deavere Smith’s truth-telling somehow manages to give hope that we can listen and think and change.

Here’s an article by Anna Deavere Smith about Notes from the Field. 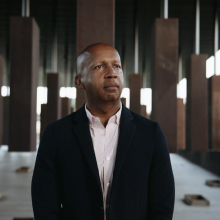 Inspiration
Knit to This: Bryan Stevenson
12 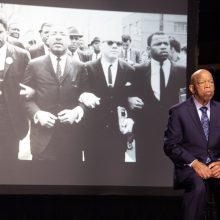 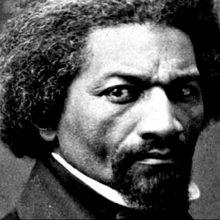