5 Ways to Fix a Ton of Loose Ends

Peaks and valleys. Sunshine and shadow. On the road trip that is a colorwork project, one of the moments that pegs the meter on emotion is the moment you face a drift of loose ends. Here, I share five ways to get on with this. One way even involves another craft project. 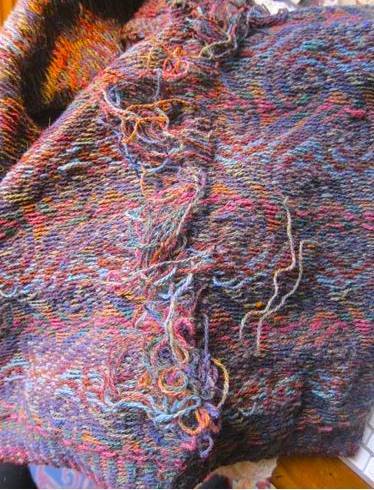 Old school. Maybe you’ve already begun a project, and you’ve been doing the simple act of dropping one color and adding another when the time came. I know: I was so carefree too, once. Knitting this way is definitely the fastest way to go, but in the long term, you pay a bitter, sour price: 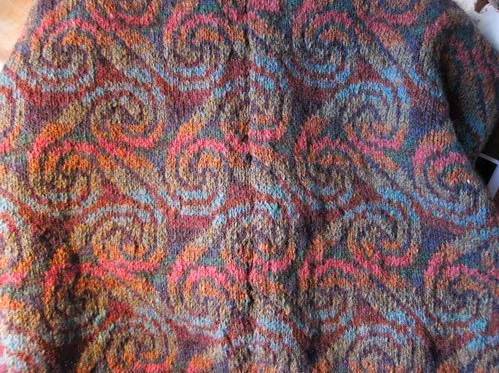 The Ditch of Poor Planning: a raggedy line, with holes and warbly bits and whatnot on the front, a wilderness of ends on the back. Weave in the ends using a tapestry needle, paying attention to where the holes and warbly bits are, crossing an end over a hole before weaving it in on the far side of the hole to mimic what happens when you strand a yarn. This method requires a fair amount of futzing and generally faking it up. 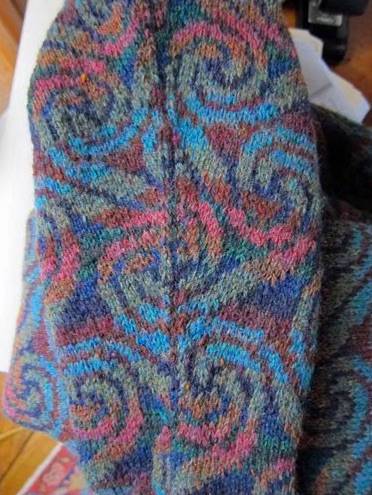 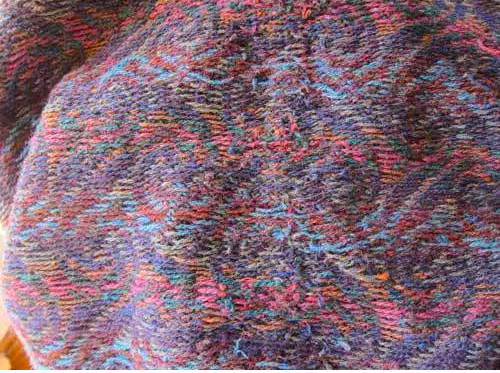 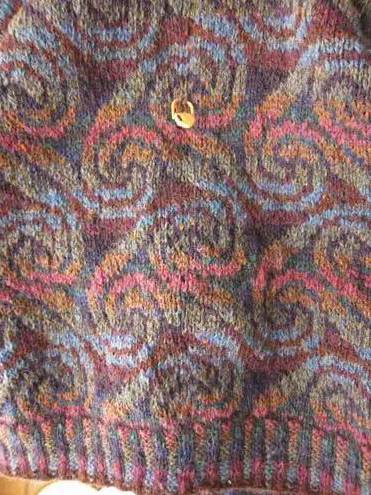 The ditch is gone, but it’s a lot of work to get to this point.

Consider the alternative methods below.

Spit-splicing is kind of hardcore. It totally eliminates ends, but it involves slurping on your yarn. As you arrive at the moment when a new color is required, take the end of one color of yarn and the beginning of the next color, and slurp on them to get them wet. Or dip them in a cup of water if your aim is sanitation. Line up the ends so they overlap each other, in opposite directions, for about an inch. Rub them together hard and fast between the palms of your hands. Heat and friction bond the ends together, and all of a sudden you are knitting with a new color of yarn.

This method means a fiddly minute every time you swap out a yarn, but it gives such a smooth transition and lack of ends that it is clearly a good way to go. If you don’t mind slurping on your yarn. (Below, the dark line is the stitch that marks the end of a round. There are splices all around that line, but the pattern is so nutty that you can’t see where the various colors swap out.) 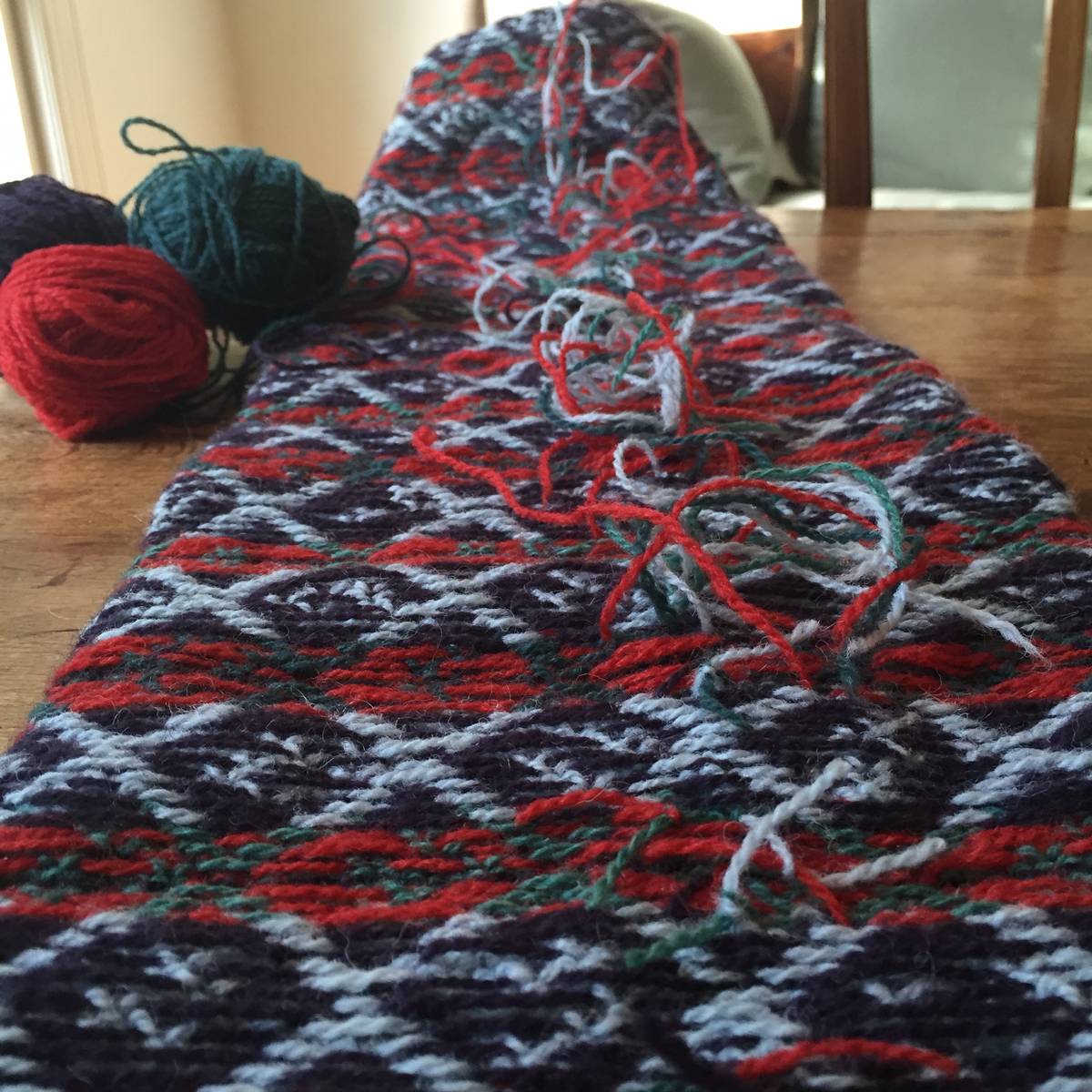 So simple: take two ends, tie a double knot, trim to a half inch or so. Done. There are some who believe knitting should never involve making knots, but I am not one of them. This totally works, and you never have to thread a tapestry needle. 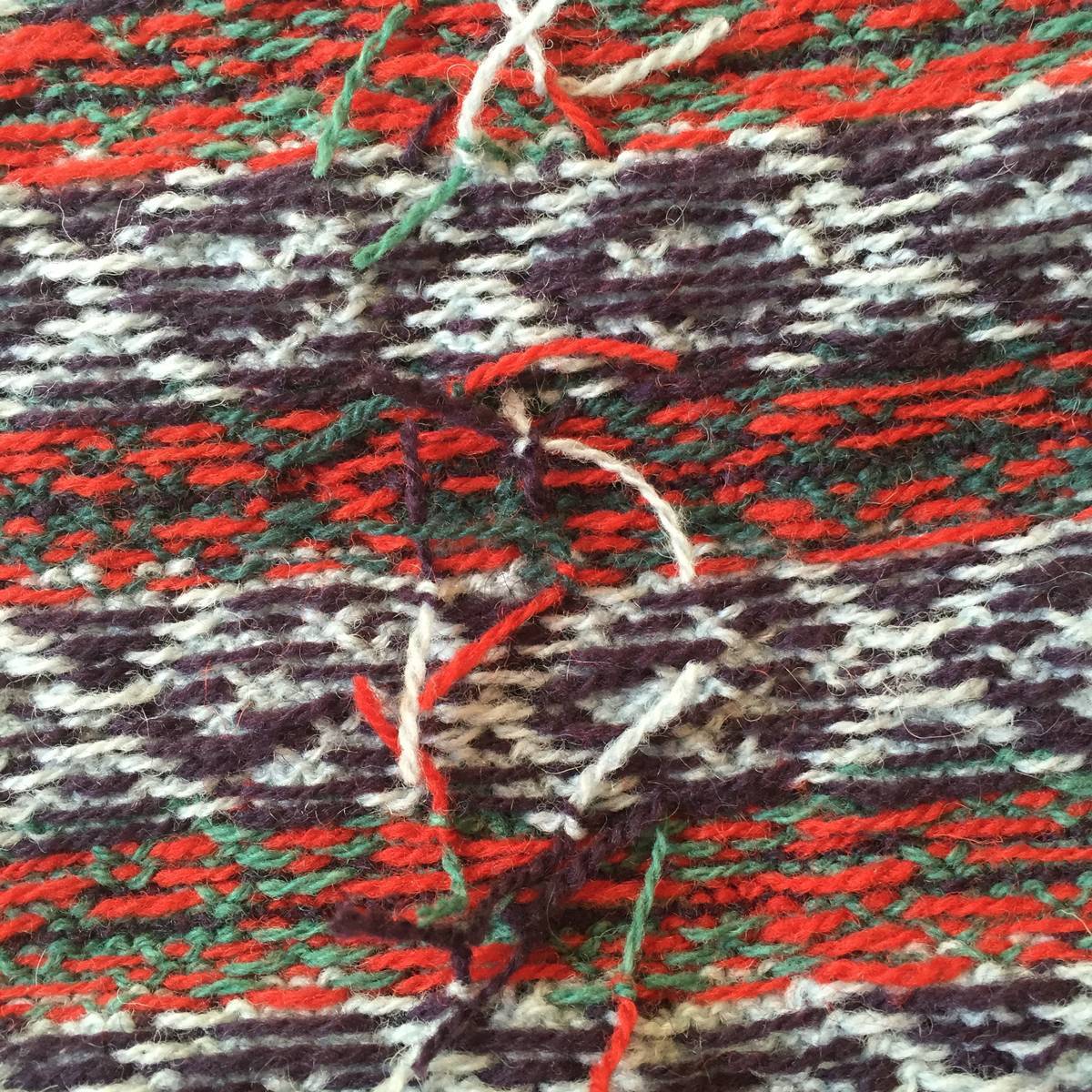 This moves right along. Knot, knot, snip. You can shop Zappo’s while doing this. You can order a refrigerator.

I have not personally attempted this, but I discovered Kerin’s craft project-within-a-craft-project, and it looks like fun. Create a braid of ends down the seam, tie a knot at the end, and trim it to an inch or so. Here’s her tidy video.

A friend who is a great knitter goes commando. Maybe she trims the ends down to an inch or two, but mostly she just leaves the ends as God intended them to be: free to wave in the breeze, unfettered and liberated. We should all be so unbound!

Does Your Gauge Change, Or Do Swatches Lie?