The New Man in My Life 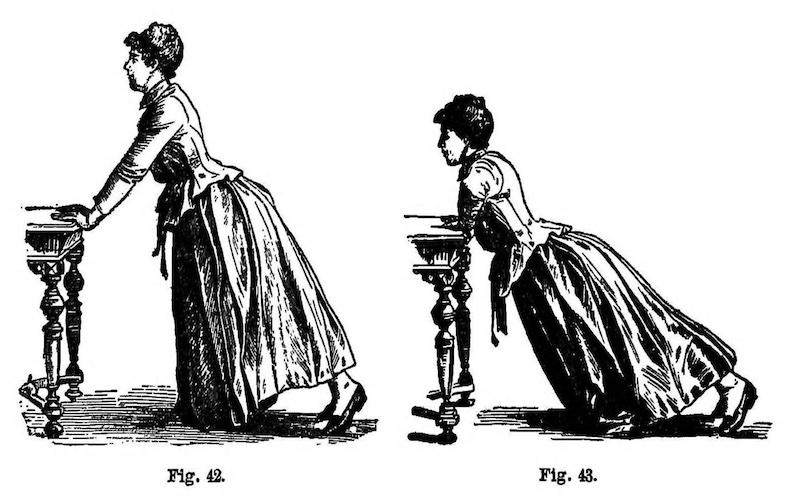 The New Man in My Life

His name is Vince.

He lives somewhere out west, I think, though I don’t know exactly where. It’s an Internet thing we have together, so we keep it on a need-to-know basis.

Mostly, he lives inside my phone, where he inhabits an exercise app. I let him out once a day for 23 minutes.

I met Vince one morning recently when an email landed in my spam folder with a subject line saying, “You can do anything for 30 seconds,” and I actually disagreed with this, thinking about all the things I can’t and won’t do for even ten seconds.

But then I realized he was talking about exercise and thought: you know, he might be on to something.

There I was, flat on my back, in bed, trying to decide whether to get up or go back to sleep. My average step count these days can hit the high threes—hundreds, not thousands!—and I’m old enough to know that this is not good.

So I got Vince’s app, which I’m not going to name because it doesn’t matter, and I started doing a 10% version of whatever Vince told me to do.

Vince is a total liar. After about ninety seconds of exercises, he says things like “Wooooo! I am SWEATIN’!” I, on the other hand, am not only sweatin’ but counting the seconds until the one-minute rest. I am nailing the one-minute rests—not bragging if it’s true!

So. I guess I’m telling you this because I’m owning my effort here. If I write about it to you, maybe it will help me stick with Vince. I kind of hate Vince, but I also love him. It’s complicated.

For everybody who’s reading this, and wondering whether to get out of bed or go back to sleep, I get it. It’s the daily question these days. But if you have a moment when some overwrought exercise app email finds you, or a song by KC and the Sunshine Band pops up, or a puffy cloud drifts by and you want to follow it down the street? It feels incredibly good to move around.

The Inclinations wrap is a new design by Andrea Mowry, so I jumped on it, using the bundle of Spincycle Dream State yarn that we’ve got in the Shop.

It’s a six-color project, where you alternate colors every two rows for a stripey sort of effect. 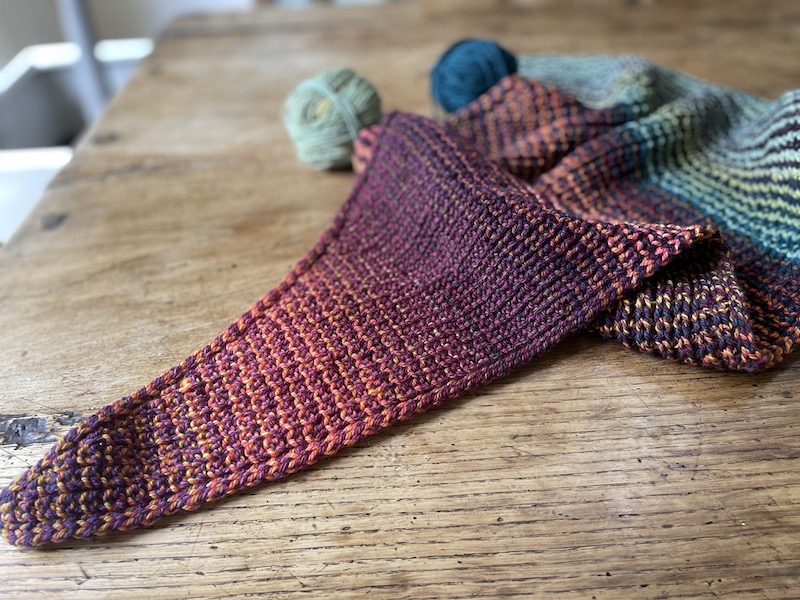 I love the six colors of Dream State in this bundle. (We have a few left in the Shop, if you’re looking for Tuesday fun.)

I started with Rusted Rainbow and Nostalgia. Loving this spongey, smooshy fisherman’s rib. Wish you could stretch it out and see how squooshy it is. 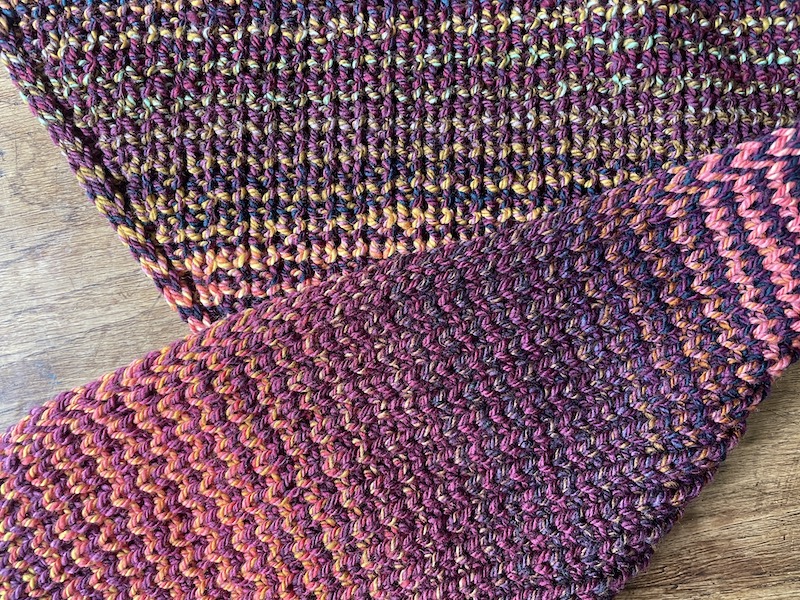 The pattern looks like brioche on one side and a dotted texture on the other. So good. 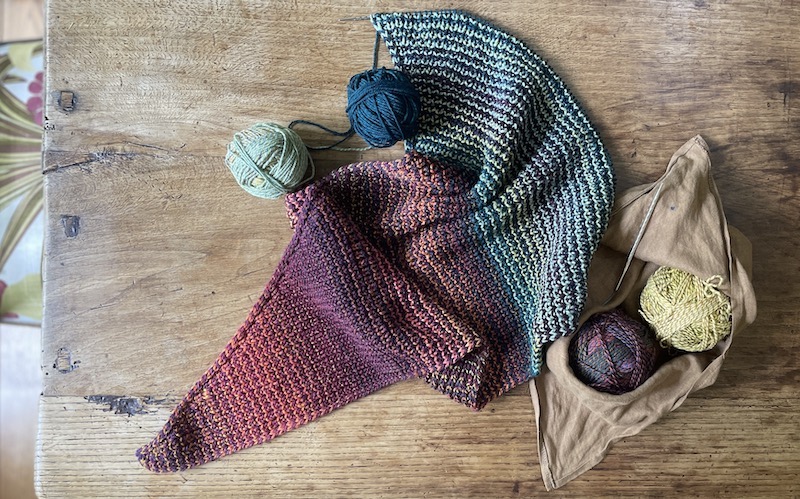 Awaiting their moment in my Bento Bag: Salty Dog and Shades of Earth. 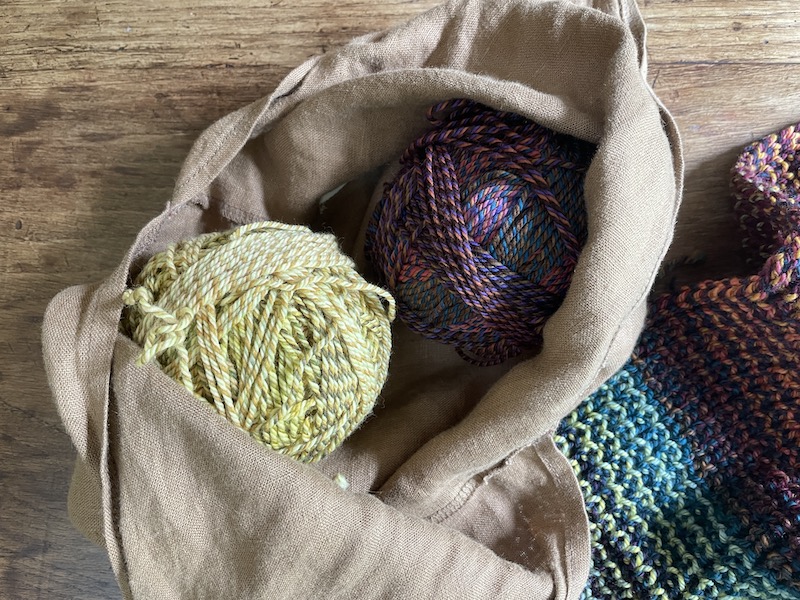 Right now: Melancholia and Deep Bump. Sort of like me and my exercise regime . . . 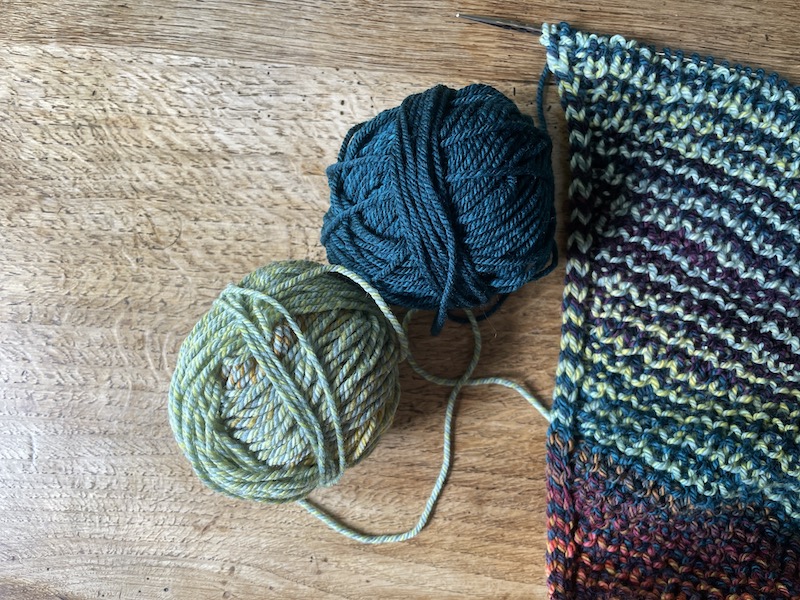 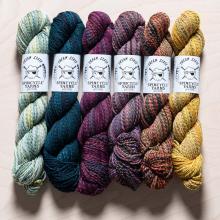 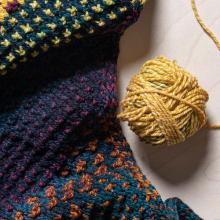 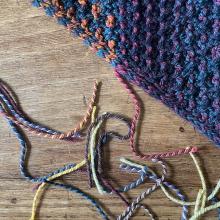 How To
Quick Fix: Hiding Ends Inside Your I-Cord
16 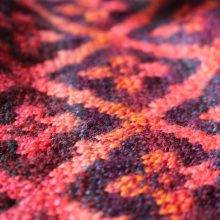 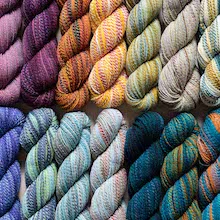 Dyed in the Wool
8

Inspiration
The Thing About Spincycle