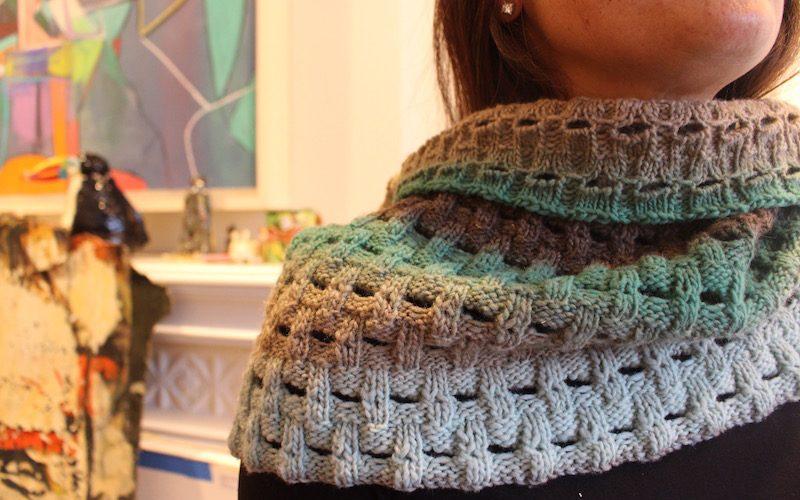 Even if you have a full-blown case of permanent KonMari fever, there are some yarns you hoard, down to the last scraps and shards. To my short list of such yarns (1. handspun of any kind; 2. Noro Silk Garden), I am adding a number 3: Rifton. The subtle color shifts are exciting, every time. There are moments of disbelief—this time it’s not going to change, or this time it’s going to change abruptly, like a Normal Yarn. But then it sneaks up on you again, another tender transition. Magic. 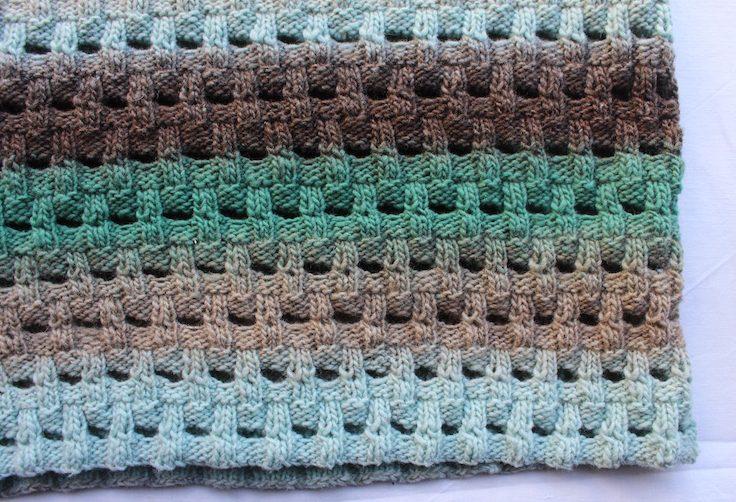 I’m giving this Hei cowl/snood pattern a hearty thumbs-up as a Rifton showcase, and as a solid pattern in any yarn. When working with a self-striping or ombre yarn (Rifton is a cross between the two), the absence of shaping (Hei is a straight-up cylinder) is a plus because you don’t have to think about whether your stripes of color are going to get fatter or skinnier and whether that effect will be pleasing or not, as you do with triangles, crescents, or other shapes built with increases. Hei shows off the evenness of Rifton’s color sections, which you can perceive only after you’ve knitted it; during knitting, it feels unpredictable. 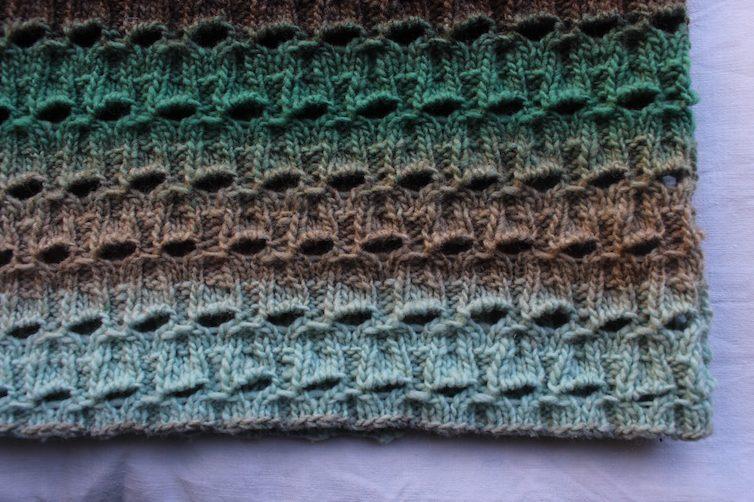 (The wrong side is extra textural.)

At the beginning, I bristled at Hei’s many eyelets, formed by left- and right-leaning double decreases. But as with any other minor nuisance that has a worthwhile payoff, I got used to them. This stitch pattern would be even more useful with a solid color yarn; the nooks and crannies add interesting shadows.  Solid doesn’t have to mean plain.

For once in my life, I didn’t block a handknit. I didn’t want to flatten the texture. I’ll have to wash it eventually, and probably will wash it before giving it to anyone.

My one, highly personal, reservation: the short shape of this style of cowl has always struck me as less wearable than longer cowls that you can wear like a long scarf, or double-twist around your neck when it’s cold. Hei is kind of an oversized turtleneck shape. (“Neck brace” is not an attractive visual, but that’s what very short cowls often bring to my mind.) But I can see the advantage of having a smaller accessory that you can fold over and tuck into the neck of your coat for warmth, or open up to cool off, especially for someone who drives a lot and doesn’t want to be fussing with a long and winding cowl. 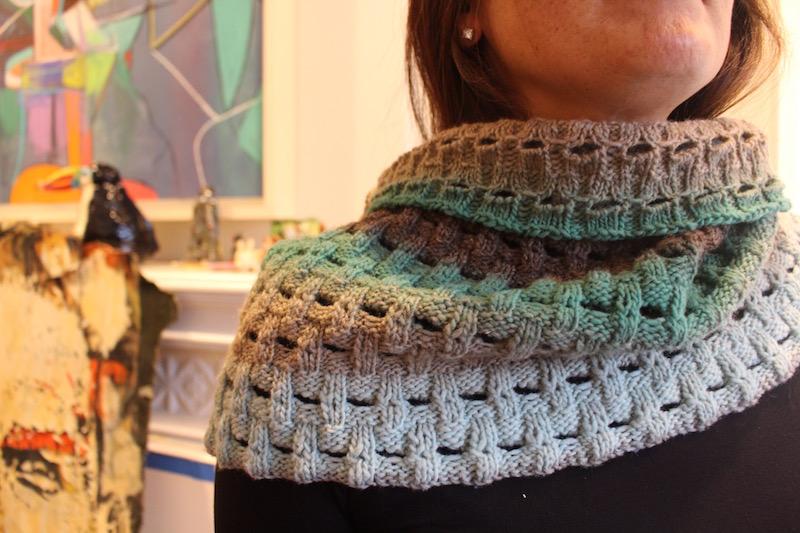 It looks amazing on my neighbor, JoAnn. 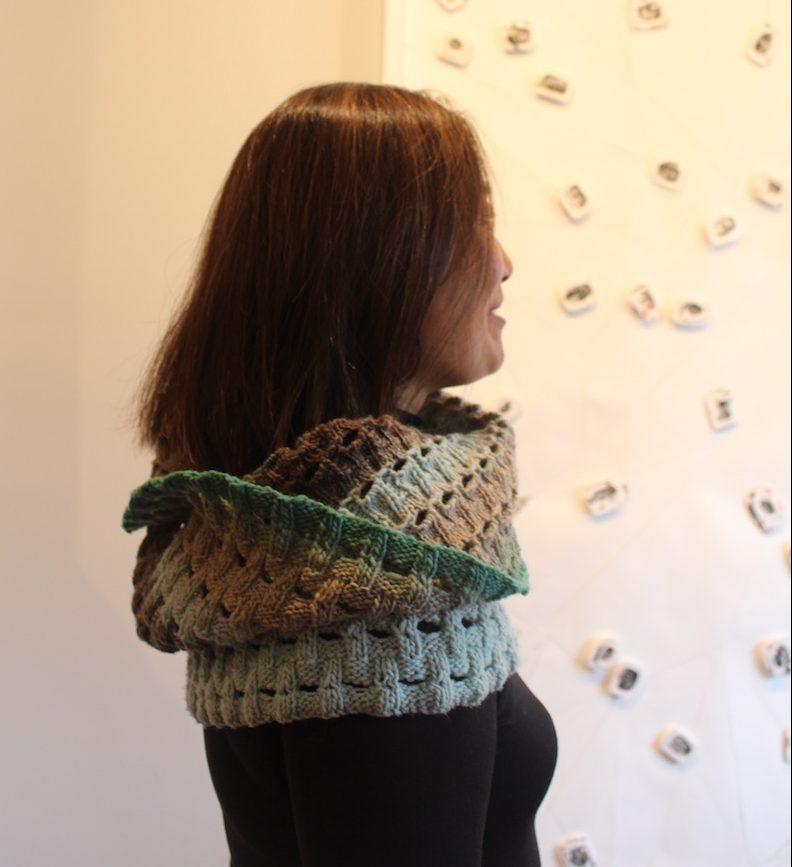 It’s handy to be able to knock on the door and get an egg, a quick evaluation of medical symptoms, or a knitwear model. 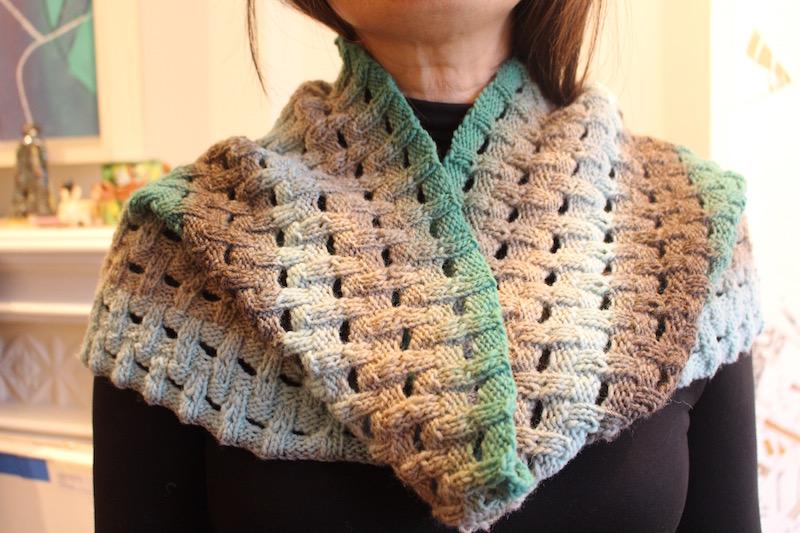 Having cast off Hei, I feel a powerful compulsion to cast on a Hap Cowl before I lose track of my precious Rifton nubbin. (Even under the tutelage of KonMari, it’s Nubbin City around here.) I know I talked about saving up all my Rifton leftovers for a future blanket project, but the Hap Cowl seems perfect, particularly since the nubbin in question only has two of the Appalachian Trail colorway’s four colors. I can use my skein of Skies over the Cumberland (pale blue) as the Hap Cowl’s solid,  to re-introduce a third color to the mix, secure in the knowledge that my color choice is guided by Jill Draper’s sure hand. After all of Hei’s K3togs and SSSKs, I’m also in the mood for some relaxing Old Shale/Feather-and-Fan. The Hap Cowl is knit flat, which will make a nice change. I prefer to work garter flat. Nothing against purling, but it seems to defeat the purpose of garter stitch.

My holiday gift pile is not nearly teetering yet,  but it’s no longer at stage zero. Somebody on my list will score some Rifton, one way or another. 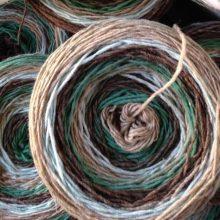 The Story of Rifton 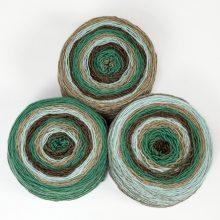 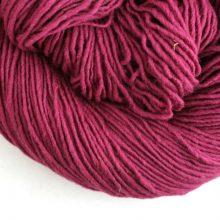 Letters
The Riftoning of Metronome