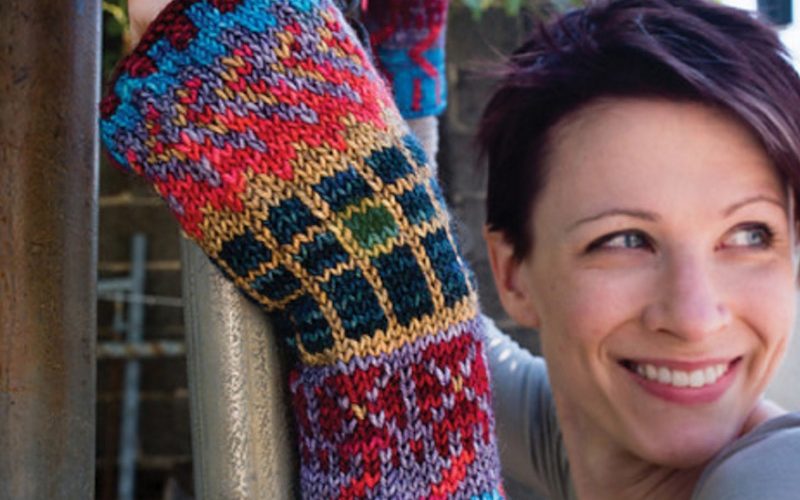 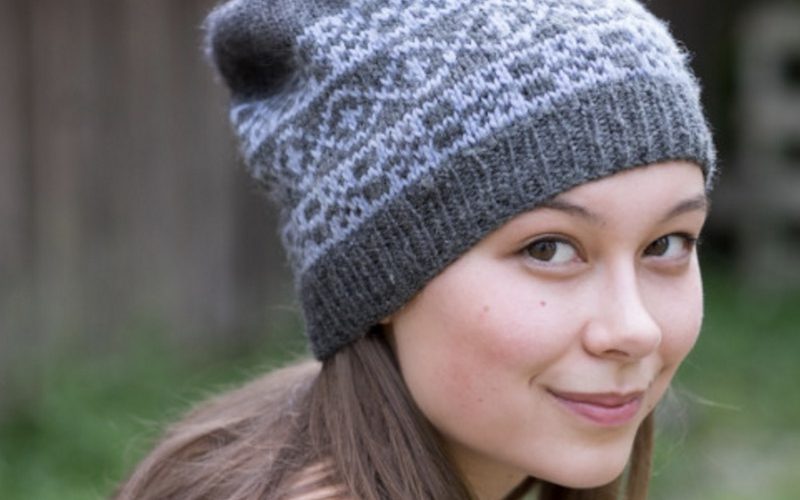 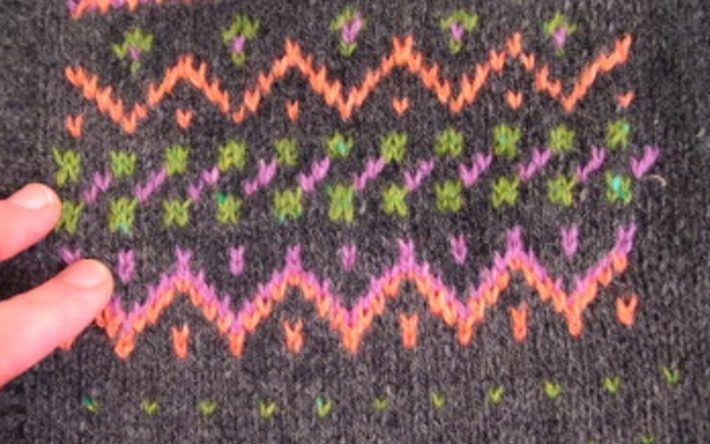 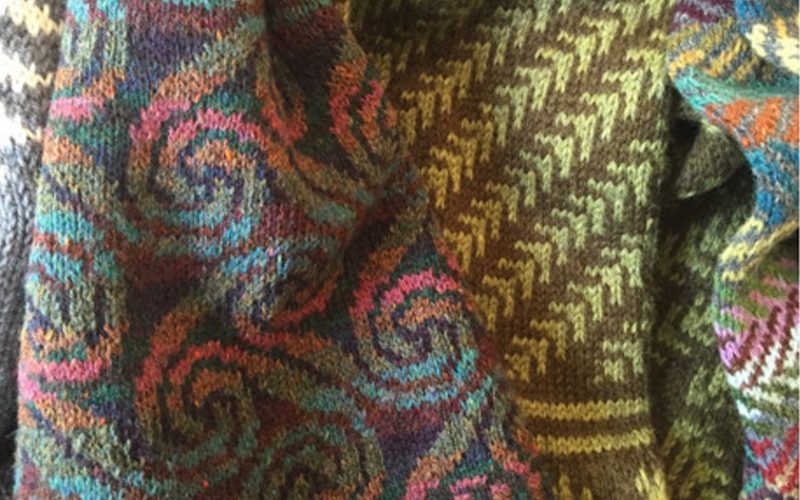 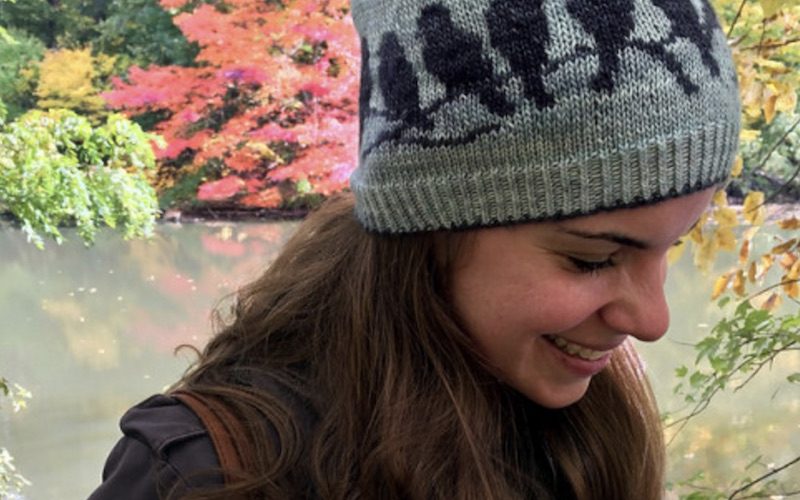 This post began as “3 Tips for Better Fair Isle.” Of the zillion tips I could give, none are any good unless you are already a Fair Isle knitter. So, before getting into the details of better Fair Isle, I’m here to encourage any Fair Isle. Here’s my one megatip, the mother of all hints.

As in: try it out. If you’re resistant to Fair Isle—and lord knows I understand that feeling—I’d like to make my pitch.

A lot of knitters avoid knitting with two colors of yarn in the same row because it looks hard. Fiddly. Tangly. I know this because that’s what I believed for a long time. I thought, Fair Isle does not look like fun. That activity looks like a stack of bills, a traffic jam, a clogged gutter. I’m not doing that. If God had intended us to knit with two hands, he’d have given us two—oh wait.

Knowing how to knit Fair Isle opens up a new continent of knitting.

Look at it this way: you’re already halfway to being a Fair Isle knitter, because whatever hand you knit with, it’s going to work the same way it always does when you knit Fair Isle. It’s no big deal. The newness comes with working a stitch using your second hand.

Yes, it feels like you are knitting with your feet when you make those first stitches using your unfamiliar hand. For me, I stared at my left hand and wondered how it would ever get the yarn over that needle. But I’d had the same feeling back when I first learned to knit, and my fever for it got me through those first lumpy rows.

It can be done with any weight of yarn. There are many traditions of knitting with two colors of yarn in one row—it doesn’t have to be tiny needles and eight stitches to the inch. Icelandic sweaters are knit on size 10 needles with chunky yarn. It can be hats or mittens or scarves or cowls. And every bit of stranded knitting of boils down to a simple rhythm—one color in your right hand, the second color in the other. 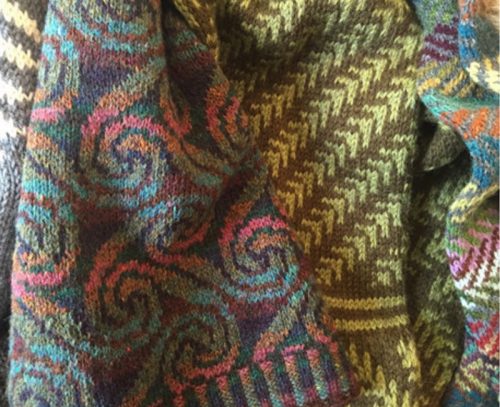 The way to nudge yourself to try stranded knitting is to look at beautiful Fair Isle things. For me, the insane colorplay in Alice Starmore’s Fair Isle haunted me for months. Sit down with a cup of whatever warm beverage you’re addicted to, and look around at the magnificent world of colorwork going on these days. I think you’ll soon hit on the same impulse that hit me: I really want that thing.

There is a colorwork revolution right now. Designers are thinking about color in new ways that I admire, envy, and covet. 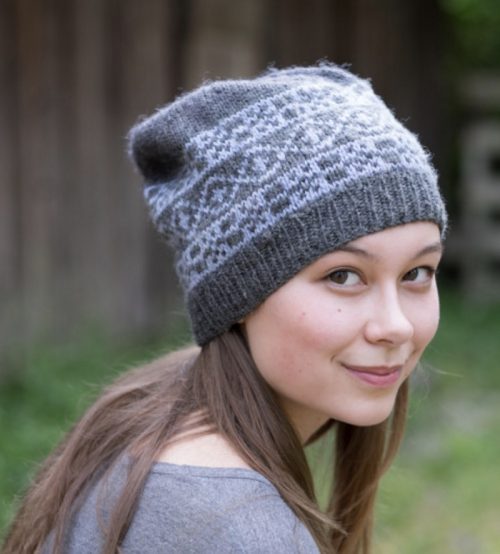 Mary Jane Mucklestone, for one. Her playful color sense shines in her book Fair Isle Style. She writes about her Weston beanie here, a perfect pattern for practicing your first Fair Isle.

Rowan Felted Tweed is PERFECT for your first or your 101st stranded knitting adventure. Thanks for your purchases. They support everything we do here at MDK. 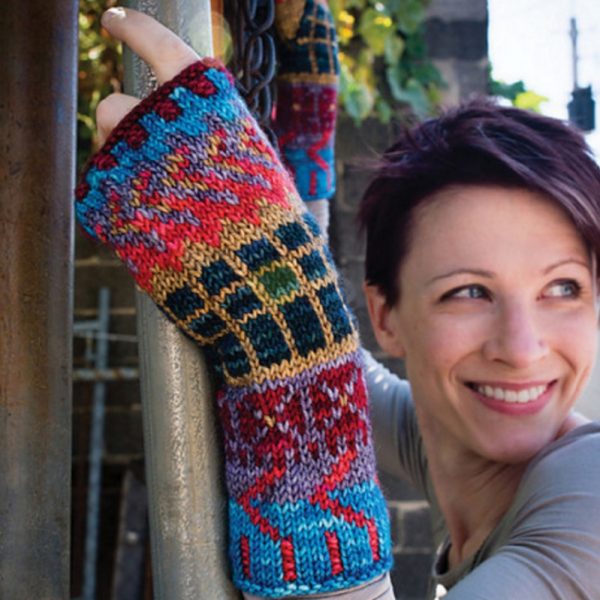 Ann Weaver’s Station North mitts are cool, just like Ann. These would be a great second project—and you’d finish with the triumphant thought, I just used six colors of yarn. 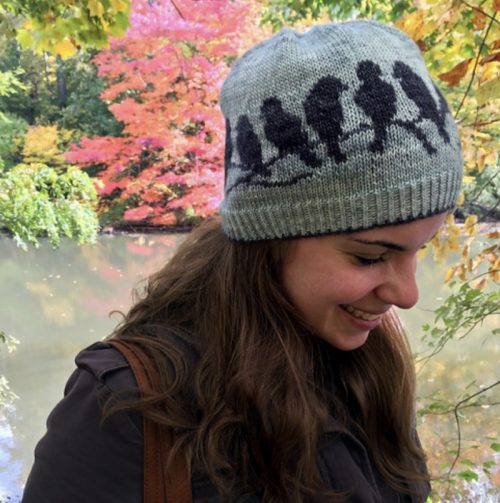 These birds would have seemed far out of reach for me, back in the day. But I know now that an intermediate knitter with a fever on could make this sweet hat, Passerine, from Erica Heusser.

It’s a grand total of 25 rounds of stranded knitting. We can do anything for 25 rounds, right? It’s just not that much knitting to get such a glorious result.

(Being a bird freak, I had to find out what Passerine means. Here you go. And Erica’s bird paintings are so lovely.)