Sometimes in the middle of the night, I sit up in bed and scream (silently, the worst kind of scream), “WHAT IF I RUN OUT OF BRITISH DETECTIVE SHOWS?” I intend to live a long life, and spend much of it parked in front of a screen, knitting and watching British detectives (and also Swedish and French detectives in British productions, time permitting). I don’t see how they can possibly keep up the pace.

Friday night, friends Leslie and Jane came over for supper and brought Jane’s mom, Anita. Anita likes British/Swedish/French detectives possibly more than I do, and she rattled off at least a dozen Netflixable series that I hadn’t even heard of.  I took several deep cleansing breaths. All will be well. There will continue to be gory murder scenes that don’t last too long, police headquarters with inadequate overhead lighting, complicated personal lives, bad habits and mental illness, and crimes will continue to be solved. I can go on.

Several readers have told me that if I love Broadchurch and Wallander (I do! I do!), I’ll go nuts over the BBC’s 6-episode miniseries,  River. I am currently on episode 2 of River, and indeed I am going nuts. I can’t say much without a spoiler. (If you don’t want a superb early twist to be spoiled, don’t read a single thing about River; just watch it.)  But I can say that River hits all my benchmarks. 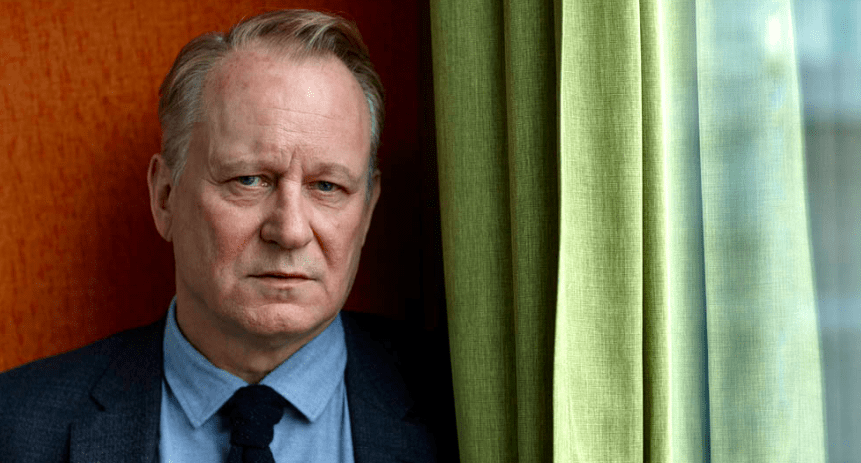 Detective John River is played by Stellan Skarsgård, a Swedish actor with a long resume, who was unknown to me. River also stars Nicola Walker, who is wonderful in everything, and she’s in everything lately. I thought I first saw her in Spooks, the series about MI-5, which was renamed MI-5 for the US audience. (I will be candid: I never had a clue what was going on in that show. Didn’t bother me that much though.) Nicola Walker also played a prominent role in one of the longer cases on Scott & Bailey. She’s the kind of actor that you can’t take your eyes off. She emits naked existential angst in almost every performance, even the soapy drama Last Tango in Halifax. But in fact, Nicola Walker had a much earlier role than I knew: she was in Four Weddings and a Funeral.

Don’t remember her? Here you go.

P.S. On Sundays I needlepoint. 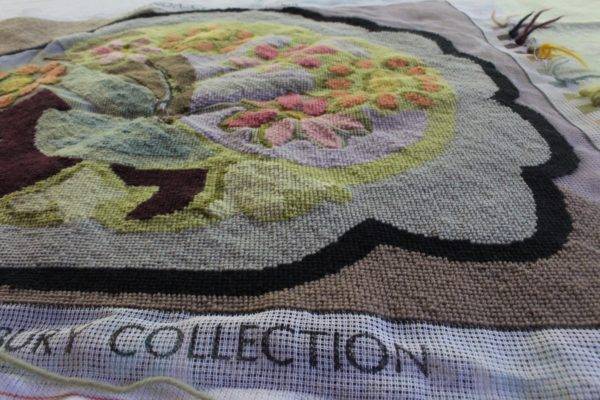 Trying to get this Bloomsbury bad boy done. 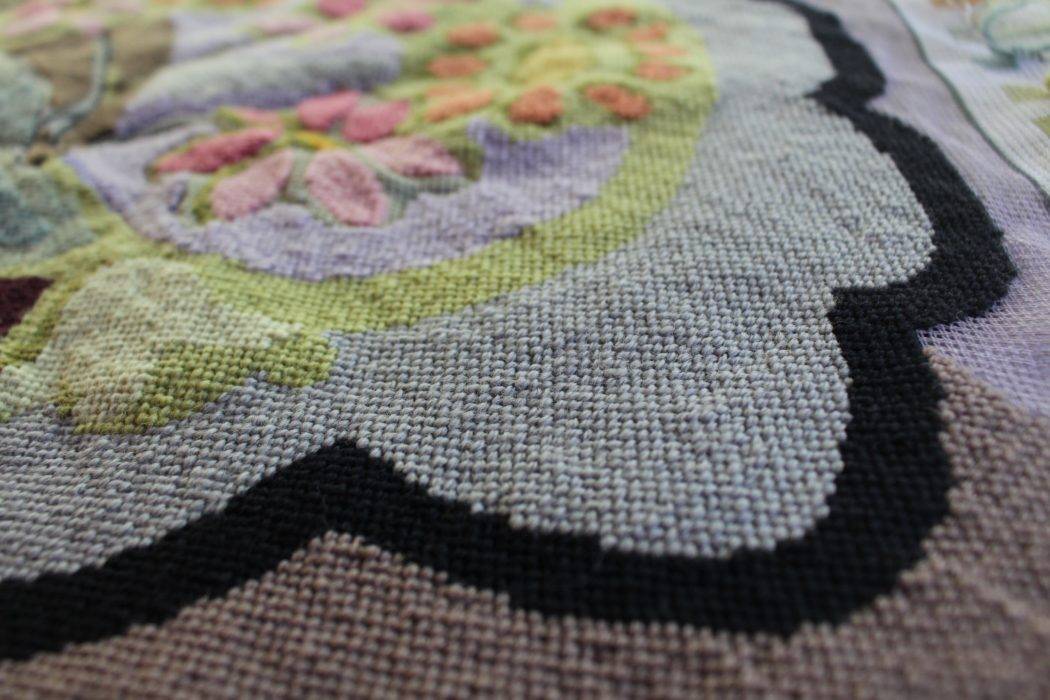